There is nothing more American than the Three Stooges throwing a pie in the face of a soprano warbling “Voices of Spring” at a soiree.

The opposition of high and low culture has been so ingrained in us that it may come as a shock to find out that high culture as an idea is a fairly recent invention. And an unfortunate one.

It is one more cultural polarization stuck in the nation’s gullet. Not only blue and red states, but also the slack-jawed triumph of pop culture and the watering down of art.

Symphonies and ballet companies struggle more than they ever have. Arts commissions fund safe populist and folk art rather than more difficult work. Cities even consider closing public libraries.

It didn’t have to be this way.

It wasn’t until the middle and late 19th century that Americans with newfound wealth went to Europe, bought paintings and sculptures to prove their good taste and formed symphony societies and opera guilds to promote a form of culture that set them apart from the hoi polloi.

It isn’t that high art didn’t exist before high culture, but that before the bluebloods took it over, high art was just one end of a continuum of arts and entertainments that spanned everything from the drawing room to the barroom.

Thomas Jefferson, for instance, played fugues on his spinet and Virginia reels on his fiddle. There was no cognitive dissonance in this. It was assumed that those who wanted a more complex experience, who wanted to face the difficult paradoxes of life, would naturally gravitate to Euripides or Shakespeare, and those who wanted simpler pleasures and diversion would read Smollett or Poor Richard’s Almanack.

And it would be perfectly reasonable for a music lover to listen to Handel in one mood and sing a bawdy ballad in another.

This was true in both America and Europe. We think now of Mozart as being for the educated elite, but when he was alive, organ grinders on street corners played his arias, in simplified form. Non piu andrai could be struck up by a group of jolly topers at the public house. It was a good chune.

It was the same for the other classical composers of the time.

That all this changed, we can blame the Victorians. And worse, Victorians in America.

First, in England, Matthew Arnold wrote, in an influential essay titled “Culture and Anarchy” (1869), that culture is “contact with the best which has been thought and said in the world.” He separated all that was pure and holy, all that was serious and elevated, all that was morally improving, and put it in one pile, called “culture,” and relegated all that was trivial, simple, vulgar and fun to the pile marked “kitsch.”

Like all truly Victorian thinkers, his goal was to improve the world.

What had been a continuum has been reduced to a polarity: High Culture vs. Slob Culture.

It can hardly come as a surprise that “culture” became a synonym for snobbery.

In America, this general tendency to “improvement” — a buzzword of the 19th century — became mixed with a revivalist religious fervor and the many strains of utopian idealism. Art, like religion, was supposed to make you a better person.

Victorianism gave us the Metropolitan Opera, the civic symphony orchestra, the art museum and the Harvard “five-foot shelf.”

In part, all this moral rectitude was a cover for vicious social Darwinism. Those who had made a fortune could buy the respectability of good taste. They improved themselves, in the jargon of the time. They deserved to be rich.

But America has an opposing force: From the time of Andrew Jackson on, there has been a second stream of American culture — although it would never use that word — that mistrusted education, mistrusted privilege, mistrusted any elite.

These are the denizens of Artemus Ward and Finley Peter Dunne writings. They valued common sense over erudition, elbow grease over talent and simple pleasure over taste. They tended to think of those too educated as effete, unmanly — “pointy-headed intellectuals.”

Until recently, these two strains coexisted in America, and acknowledged each other. Our intellectuals praised the common man, and although that common man never went to the opera, he recognized that his betters did go.

Many things went into the overthrow of this peaceful coexistence.

Certainly one irony is that the educated elite ceased to have any faith in their own superiority when they learned the wrong lesson from the civil-rights movement.

The social consciousness of the 1950s and ’60s did not come from the silent majority, for instance. It came from the elite in alliance with the oppressed. Both groups wished to replace the inequalities of society with social equality. Civil rights, social welfare, equality before the law, were all ideals that any educated and sensitive person could sign on to.

But, translated into “no one is better than anyone else,” there was no longer any reason to value Rembrandt over, say, Thomas Kinkade. Even the college-educated believed it was just a matter of personal preference. 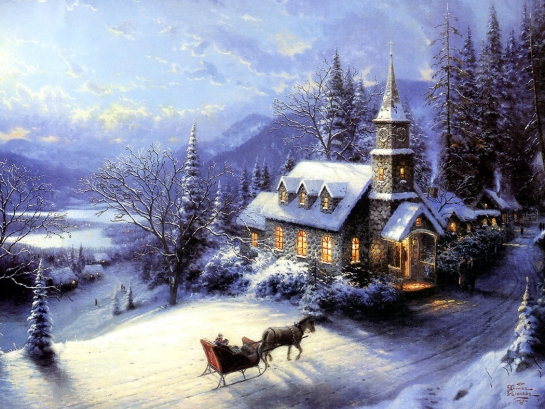 That’s where we are now: Instead of the death of Victorianism bringing back the full spectrum of human endeavor, it has marginalized the high end and glorified the bottom end. Those few remaining High Enders lament in books and Commentary articles the end of civilization and loss of the canon of Western literature.

At the other end, those many fans of Adam Sandler don’t even know Plato ever lived. They no longer throw a pie in the face of the soprano: Sopranos are no longer important enough to be targets. They throw pies at each other, gleefully and pointlessly. And make that American Pie.

But it isn’t all gloom.

The decline of high art is a temporary reaction to its history and its usurpation by moneyed classes.

The fact is, the high end is not going to go away. It cannot. There are people — of all classes, races, genders and ethnicities — who require an art of greater complexity than popular culture usually affords them. Whether you compare Kenny G with Miles Davis or Danielle Steel with Virginia Woolf, it hardly matters. The simpler, less comprehensive art is always eventually cloying or monotonous. Popular music is annoyingly repetitious; mass-market fiction helplessly shallow; the standard television fare is “chewing gum for the mind.”

All of it can distract us for a time, and some of it is genuine fun, but after a while, to anyone with an active mind, it becomes a droning in the ear, like a mosquito in the bedroom. There is a hunger for something deeper, more complex, something that reflects the human experience, or attempts to.

Perhaps, when the boat is righted, there will be a continuum again, with high, low and everything in between, with no artificial boundaries between them.

In the long run, this is good news for those looking for such things. In the short run, it will do very little to help the foundering symphony orchestras of America’s midlevel cities.

Because when the hunger for complexity is filled in the future, there is no reason for it to fill the vessels of the past. Art music will not be symphonic music. It may very well be electronic. Poetry needn’t be sonnets; novels needn’t be narrative; visual arts will almost certainly not be oil paint.

We are already seeing certain manifestations of the hunger for less trivial art: the independent film movement, for instance, and the re-emerging popularity of poetry.

Regional theater has burgeoned in recent years, bringing a higher-grade drama to part of the nation that used to satisfy itself with an annual Brigadoon put on by the high school.

Although television is usually the villain in this story, the boob tube increasingly offers us entertainment of complexity and depth. You cannot throw pies at The Sopranos — television has rarely offered something as rich. And when it comes to complexity, contemporary relevance and universal characters, you have The Simpsons, one of the best shows in the history of the medium. It includes both ends of the spectrum in one: low comedy and intellectual vigor.