The Renaissance is finally ending.

That great rebirth of Classical learning sparked the greatest growth of art, science and technology, but it seems to have run its course: Science is now suspect; pseudoscience gains enthusiastic converts every day. Democracy, misunderstanding the dictum that no one is better than anyone else, has come to believe that the lowest common denominator is also the highest possible intellectual achievement and that the idea of learning from our betters is somehow ”elitist” — or at any rate will depreciate our self-esteem.

Listen to the illiterate sentences of bystanders interviewed on the evening news — heck, listen to the local news anchors themselves — and you wonder whether anyone still knows that sentences require both nouns and verbs, and that together they make for articulate thought.

What has changed, more than anything else, is that we have begun losing touch with that Classical learning that undergirded those 500 years of human glory. Another Dark Age is setting in.

The real problem is the loss of the influence of Classics on the general population. For 500 years, art, culture, even technology, were based on a general acceptance of Greek thought. When we lose that, we lose our connection to our culture — and not merely European culture, but the widening world culture. If Asia or Africa once had cultures without roots in Greece, it is no longer true. Sony could not make electronics equipment without the rational, scientific turn of mind made possible by Greek ideals; budding African democracies owe their politics to the same ideals. Not solely, certainly. And we gain from them as they gain from us. But the world culture is at bottom Classical.

It is not merely, or primarily, a body of knowledge that is important, although that has its place. What is more important, and what is most Greek, is a method of approaching knowledge rather than the mere facts of it. It is the Greek skeptical approach that demands rigorous proof. We owe our medicines and our TVs to such an approach. 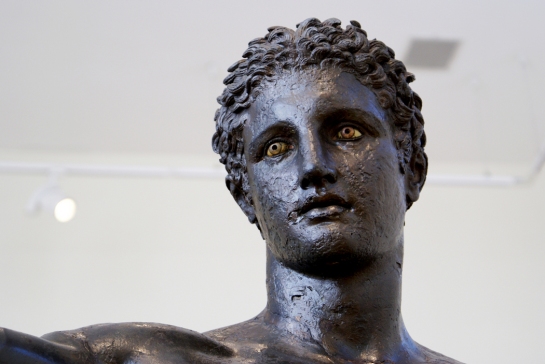 Multiculturalists — and I usually count myself among them — sometimes denigrate the Greeks, blaming them for racism, sexism and a host of other ”isms.” And the Greeks are guilty. They were not perfect.

But that misses the point. All human endeavor is imperfect.

We should not be so quick to condemn the failings of our ancestors; better to try to learn from those failings.

The critics are themselves guilty of an ”ism,” which is the moral arrogance of ”presentism,” the belief that the current state of morals and intellect is somehow the ”correct” one and that they may judge the failings of the past from their own certainties. The radical feminist argument is not fundamentally different from that of the Spanish priests who burned the Pre-Columbian codices on the grounds that those writings were harmful to ”their” present.

What’s more, even the critics use the dialectics of Classical thought to deconstruct what they object to. It is always ironic to hear a feminist use Greek argument to berate the Greeks. Feminists disparage the Classics as being misogynist — and make no mistake about it, the Greeks valued what they considered ”masculine” virtues and often made little place for women in their theory.

Yet, one only has to open Homer’s Odyssey to see a wealth of women — strong women — and feminist virtues. Other plays, such as the Antigone, present strong, thoughtful women. Greek actuality is much less coercive than is sometimes thought. And that aside, even if we take account of some of the cultural peculiarities of the ancient Greeks, inherent in their thought — and more importantly, in their thinking processes — are the seeds of all current thought, including multiculturalism. It isn’t Eastern thought or Third World thought that values diversity: It is the Greeks who gave us that.

There are at least four important reasons for maintaining our connection with Classical learning.

From least to most important, they are:

–-› Knowledge of Classical myth and literature. Losing the Classical references means that our literature will become increasingly undecipherable, and in consequence, we will lose tradition, our connection with our past — all our pasts — and we will be in danger of repeating old mistakes. It isn’t only Milton: We cannot read Derek Walcott’s Omeros without understanding Homer.

–› Clarity and precision in discourse. Greek thought is about clarity of language, if nothing else. Greek (and Latin) language does not easily permit sloppiness. We would be better writers and speakers if we were exposed regularly in grammar school to the Classics and Classical languages. The anti-Classical cabal is led by the trendily popular deconstructionists. The postmodernists and deconstructionists: Why read them, since, by their own argument, what they write is meaningless?

–› Acquaintance with the tragic view of life, which is the true view. Americans are becoming a nation of slack-jawed optimists who seem to think life is perfectible, whether they are liberals and think government can perfect it, or conservatives and think that private enterprise can perfect it. Both are wrong. Life is made up of impossible choices. We can only make the best choices in the future if we acknowledge the worst choices of the past. Choices made from ignorance or denial breed more bad choices.

The tragic view is that life causes pain, that there is no alternative, that you must do your best to make moral choices, knowing that whatever choice you make will turn out in the end to be immoral. People will die, suffer or at least be disenfranchised. You cannot act without injuring someone, yet act you must. The Greeks can toughen our hides.

–› Finally, the Classics can provide us with the deep, satisfying enjoyment that makes life worth living. If we open ourselves up to the Classics, we will find a deep well of pleasure, the powerful aesthetic experience that illuminates our lives. The Iliad, for instance, is the best book I have ever read, and I have read some good ones, including the Mahabharata of India and the Old Testament of the Levant, both of which have their own power.

Still, compared to them, the Iliad is more aesthetically complete. It makes a world from the greatest panorama down to the smallest detail, all filled in by Homer in just the right proportions to convince us of its reality.

In the end, it has nothing to do with dead white males: The Classics include Sappho, to say nothing of the Odyssey, which convincing arguments say was written by a woman. It matters nothing to me. Sappho and the Odyssey have given me some of the greatest pleasure of my life.

Perhaps we must give up the Classics: It is happening de facto if not by choice. But I dread what will replace it: superstition, intolerance, confusion and chaos.

It is a lesson of history: Clarity breeds uncertainty, which in turn leads to humility and therefore tolerance. On the other hand, confusion and chaos tend to invite political takeover by arrogant tyranny: Inclarity in discourse, public and private, masks the sloppy thinking of the self-righteous.

The Classics are not irrelevant.