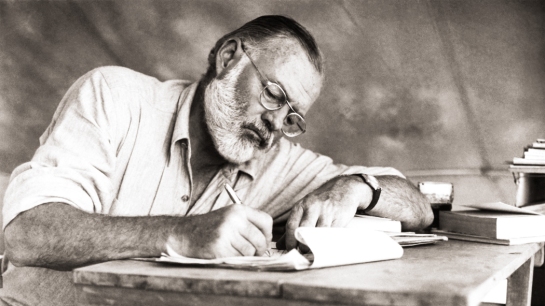 At various times in my career as someone who got paid for writing, I have been asked to speak to groups of students or the curious about my craft. It hasn’t always gone well.

I remember one time I managed to annoy a community college teacher no end by telling her students to ignore everything she had been hammering into their heads. I didn’t know I was doing that; I was just talking about what I knew through experience. But she had been filling their minds with ugly formulae and what to my mind are tired old saws: Make an outline; use a topic sentence; the rule of threes. As if you could interest readers by rote.

Part of the problem is that I believe that writers are born, not made. Of course, you can improve anyone’s ability to put down comprehensible sentences, but good spelling and decent grammar do not make a writer. Just as anyone can be taught to draw and sketch, but that won’t make them an artist, anyone can be instructed how to fashion a paragraph or two without embarrassing themselves, but that don’t make’em into Roger Angell. 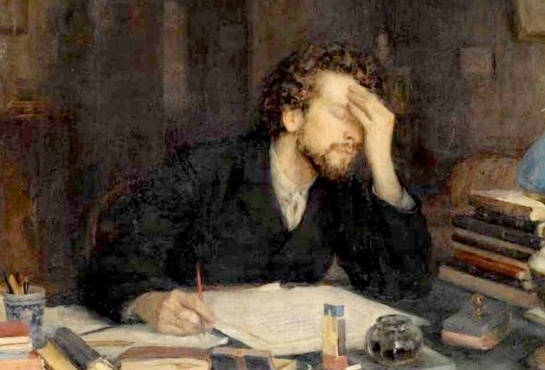 One of the things that caused the teacher no end of bother was my insistence that the single most important and defining part of writing was “having something to say.” Without it, no rhetorical device, no repetition of authoritative quotations, no using active rather than passive voice, would suffice. And the truth is, few people have anything to say.

Of course, everyone thinks they do, but what passes for thought is most often merely the forms of thought, the words that have previously been used to frame the ideas, and hence, someone else’s thoughts. Having something to say is genuinely a rare gift.

This hardly serves to help the composition-class student or the teacher hoping to form them into perfect little Ciceros. Having something to say requires having had a living experience to draw upon, something original to the writer — a back yard with skunk cabbage, or a two-month deployment with a platoon, or the betrayal of a spouse — and an idiosyncratic reaction to it, something personal and distinct. Instead, most people are just not used to finding words to describe such things and fall back on words they have heard before. Easily understood words and phrases and therefore the mere ghosts of real expression.

When you use someone else’s words, to that extent you don’t know what you are talking about.

Being born a writer means being consciously or unconsciously unwilling to accept approximation, to be unsatisfied with the easily understood, to search for the word that more exactly matches the experience.

One of the consequences is that to be a writer means to re-write. As you read back over what you have just put on paper — or on the computer screen — you slap your forehead over this bit or that. How could I have let that through? And you find something more exact, more telling, more memorable. It is only the third or fourth go-round that feels acceptable. (Each time I come back to a piece I’m working on, I begin again from the beginning and work my way through what I’ve already finished and change things as I go to make myself clearer or my expression more vivid. This means that the top of any piece is usually better written than the end. Sorry.)

Having something to say and sweating over saying it in a way that doesn’t falsify it — this is what writing is all about.

But is there anything I can say to those who just want to be a little bit better when turning in a school paper, or writing a letter to the editor, or publishing a novel about your life so far? Here are a few suggestions.

First and most important: Read. Read, read, read. Not so much to imitate what you have found, but to absorb what it is to use language. Just as one doesn’t “learn” English as a youngster, but rather you absorb it. When you are grown, you may have to learn a second language, but as an infant, you simply soak up what you hear and gradually figure it out. And likewise, reading lots of good writing isn’t to give you tricks to follow, but to immerse you in the medium so that it becomes your mother tongue.

Second: Write. Write, write, write. In his book, Outliers, Malcolm Gladwell famously made the claim that it took 10,000 hours of practice to master a skill. He later explained he only meant that as an average, but the issue remains: You can’t become a writer without writing. Over and over, until it becomes second nature and all the amateur’s kinks are driven out. Write letters, journals, blogs — it doesn’t matter what, but writing and doing it constantly makes you a better writer.

Third: Fill the well you draw from. Nothing will come of nothing. Everything you see, feel and do is who you are and is the substance of your writing. If you know nothing, feel nothing deeply, do nothing interesting, then you have nothing to bring to the sentences you write. Good writing is not about writing, despite all the reflexive gibberish of Postmodern philosophers.

Even when you want to write about abstract ideas, you had better do it through touch, feeling, color, smell, sound. Nothing is worse than reading academic prose, because it is upholstered with “isms” and “ologies.”

“The work of the text is to literalize the signifiers of the first encounter, dismantling the ideal as an idol. In this literalization, the idolatrous deception of the first moment becomes readable. The ideal will reveal itself to be an idol.”

Thank you. I no longer need to count sheep.

Through the Middle Ages, all educated people communicated in Latin. In a strange way, that doesn’t seem to have changed. Words of Latin origin predominate in academic prose. Sometimes reading a peer-reviewed paper is like translating Virgil.

Language and experience are parallel universes. We try to get language closer to the life we live, but it is always at least slightly apart. When we speak or write in abstractions, we are manipulating language without reference to the world of things we live in. Language about language. Good writing is the attempt to bring these two streams closer to each other, so that one may refresh the other. We do that primarily through image and metaphor. An idea is clearer if we can see it or feel it. Flushing it through Latin only obscures it.

For those who don’t have to think about such things, a word is a fixed rock in the moving stream, set there by the dictionary. But for a writer, each idea and each word is a cloud of meaning, a network of inter-reference. To narrow down those possibilities, a picture helps — a metaphor. Not added on at the end, but born with the idea, co-nascent.

Take almost any line of Shakespeare and you find image piled on image. “Our little life is rounded with a sleep,” says Prospero. Donalbain fears “the daggers in men’s smiles.” “If music be the food of love, play on.” “Now is the winter of our discontent made glorious summer by this son of York.” Shakespeare is nothing if not a cataract of sense imagery.

How different if Prospero had simply said, “Life is short and then you die.”

There are a whole host of injunctions and directives that are given to wanna-be writers, and all of them are worthy. Don’t use passive voice; always have antecedents to your pronouns; avoid pleonasm; edit and revise; dump adverbs and, damn it, learn how to use a semicolon.

But none of them is as important as the primary directive: Have something to say.