The great tree in the backyard has died, leaving a wide-branched skeleton over the shrubbery underneath.

The house sits on the side of a small hill in a middle-class neighborhood and the ancient red oak grew at the crest, with a regal view of the mountains surrounding Asheville, N.C., the Swannanoas to the south, the Black Mountains to the north.

Soon after moving here in 2012, I wrote a blog (link here) about that tree, seeing it as a kind of mythological presence. It was lord of the hilltop and a kind of noblesse oblige permitted it to shade our yard in the summer. But now the king is dead.

I know dead. It is different. 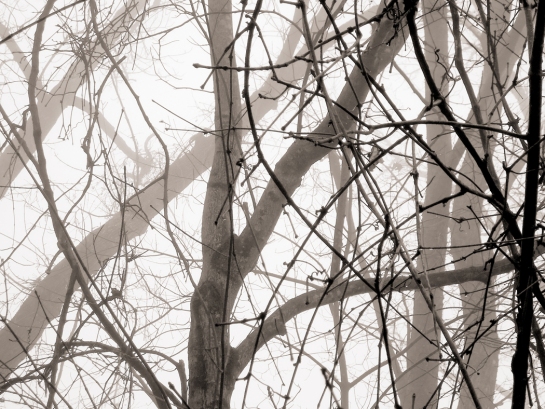 Winter trees mimic death, no doubt. But the mere lack of leaves is not the same thing. In fact, all winter long, you can see the tree progress, from leaf loss to slow bud expansion. There is vitality under the thin brown and greenish skin of the twigs. They fairly pulsate. Yes, from a distance, the tree seems lifeless, a network of empty branchings against the sky. But look close, and you can see the constant change over the winter season and the slow building up to the explosion of spring.

Many years ago, I was living in the Piedmont of North Carolina and had a line of red maples across the yard along the street. That yard was my Eden; it had more than a hundred species of plants, from trees to shrubs to weeds. I knew every one intimately. There was the great black walnut just off the porch, the hundred foot pecan in the back, the chinaberry and sweetgum on the side and an ancient apple tree to the south with a line of wild roses at the border of the property. But my favorites were the maples. They showed me that the trees were well named, for they were not simply red in the fall when their leaves turned, but red all year long, with red twigs tipped with buds that spread their bud scales in February to show a blush hidden underneath, to the ignition of red flowers to the red “polynose” seeds. Finally, the first leaves unfurled a florid red before gaining their green.

When I left that Eden to live in Seattle, I didn’t know how much I left behind. Seattle certainly had its attractions, but I couldn’t help but notice that all the trees I saw in those vast forests were either Douglas firs or western red cedars. I came back to North Carolina in large part because I missed the infinite variety of its nature. Helas, I never regained my Eden.

Eventually my new wife and I moved to the Sonoran Desert and found mesquite and palo verde. They were gnarly and dense, and so much of the foliage there only threw out leaves when the weather gods managed to squeeze out a bit of moisture from the sky. For most of the year, they looked dead. When we both retired, we moved back to the Blue Ridge and the trees that were our psychic comfort food.

And that red oak, at the top of the hill was a reminder that Eden is still possible, even if it remains merely a spark. And now it is dead.

There are a lot of adolescent and romantic ideas about death. Popular culture is filled with them. Death head tattoos, zombie movies, goth pallor and Chatterton’s death. Whether it is the grim reaper or Kali, the goddess, the pale horseman, the Dance of Death or little devils running around with pitchforks. There are coffins and graves, tombstones and crosses. But these are merely symbols, and far removed from the real thing. Death is not a going someplace, death is cessation, an emptiness, a nullity.

A dead tree is simply defunct. It has passed from a thou to an it. It has been hollowed out and left an unchanging corpse. Not unchanged — it is being decomposed by saprophytes and brown rot, but unchanging in that it no longer produces the life that pushes leaves out of their leaf-tip capsules, no longer stretches new growth from the fingertips of twigs and branches.

I remember driving through Yellowstone National Park after the great wildfire of 1988 and seeing into the distance miles of blackened trunks. It was a kind of moonscape, with not a living thing to see.

Life is not something invested in a body, but something the body generates, as the tree produces leaves and fruit. So, when the red oak dies, it isn’t as if an élan vital has left the corpus of the tree, but as if the wood itself has given up, ceased production, closed the shop. It stops. Life is not invested, it is generated.

The tree looks different. There is an absence in its woody bones.

I know dead. I saw it when my wife died. She was ill over several years, slowly declining. Then, at 7:28 a.m. I saw her stop breathing. Then another gasp, and then nothing. Her body ceased generating the life that had worked the gears and levers of her muscles and psyche, her organs and mind, for 75 years. When a light bulb had burned out, one doesn’t ask where the light has gone; the light simply has ceased being generated. And one cannot worry where life has fled; the body has stopped manufacturing it. The factory has shut down. The body begins immediately to grow cold, the flesh becomes like damp clay.

One paragraph in my original story of this tree stands out for me: “This is not a tree of beginnings, not a tree of new fruit, but the kind of tree that functions as a ‘witness.’ It sees all that happens. It cannot change what happens; it cannot interact. But it knows. What it knows, we mere humans can never fully know, but myth tells us over and over, it is not necessarily a happy knowledge. The Garden of Eden may have contained the tree of immortality, but my tree tells me of a longer time, when everything passes. It is a tree of the knowledge of death.”

I’m having one of those inward days, a combination of reading Viktor Frankl’s recollections of his time in Nazi concentration camps, and listening to Franz Schubert’s “Death and the Maiden” quartet while driving to pick up my granddaughter at high school.

It isn’t the words or the title to the lied that Schubert wrote based on the poem by Matthias Claudius, but the music itself, opening with a unison fortissimo D in all four instruments, a triplet figure C-B-flat-A, over a constant D bass, resolving to an open fifth, with D still in the bass and a G in the viola and second violin. It is loud, it is oppressive, it is hollow, with no third to define whether it is in minor or major. It is the sound of an empty universe. One of the most powerful openings to any quartet ever, and one that can rip your heart out (Link here).

There are two other powerful pieces of music that use the open chord, with no third to define it. Both produce that sense of universal hollowness: The Tragic Overture of Brahms and Chopin’s Polonaise-Fantaisie. They press down on your emotions. And so the “Death and the Maiden.”

That, and the Frankl book and the specter of Auschwitz, turn on the Weltschmerz current, full voltage. One becomes intolerably aware of suffering, heartbreak, death, war, famine, loss, hatred, divorce, the death of children, fear, dread, oppression, disease, injustice, crime, humiliation — and one’s own finity.

And with my teenage granddaughter in the car, we talk of cheerier things, but there hangs over the conversation that Lebensleid. I remember when I was her age, and the pangs of emotion that exploded in my adolescent heart. My emotions seemed so big, so important. Nothing could be more overwhelming than the pains of a teenager. But when I look back, I realize how self-involved that suffering was. I wore all of myself on my sleeve. 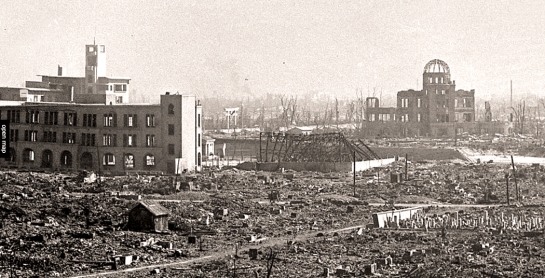 But an entire life has passed, and the mortifications have accrued, the losses have piled high, the debilities have increased, and the world has gotten no better. I watched a film made in Hiroshima a few days after the surrender, and could hardly miss the similarity of the devastation to the nightly footage from Syria or Yemen. Rubble flat on the ground from horizon to horizon. And when you know what old books tell and that no better can be had, know why an old man should sob and weep.

The Weltschmerz of a young Werther rings false, a player playing a part, assuming a self-importance not earned. But as an old man, the suffering isn’t mine, it is the world’s; I see it and my heart cracks wide. So much lost, so much vanished, so many deaths, so many things left unsaid or undone for fears, valid and phantasmal. It weighs heavy.

This comes with having lived. It is simply experience. It piles beside a life like the gray, sooty snow plowed off a winter road. And the worst — the absolutely worst — is that there is no way to convey this sense to another person, let alone to a young person you might wish, out of love, to help avoid those thousand natural shocks that flesh is heir to. You can tell them as best you can, and they can nod their heads, believing they have understood, but unless they have actually lived through these things, they  cannot fully grasp them. It is all “book learning.”

I will carry to my grave — as will everyone else on this planet in their own time — all the experience I have lived through and suffered or enjoyed. It cannot be conveyed from one sensibility to another. Bits and pieces, yes, but the vast preponderance will evaporate, only to learned the hard way once again by generation after generation. 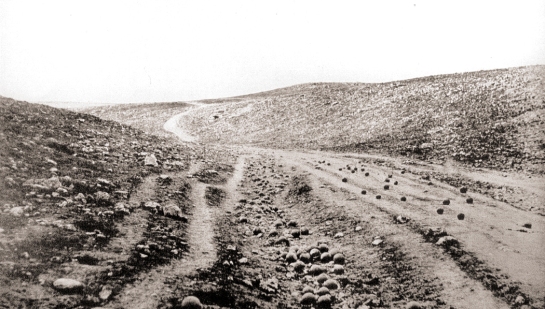 So, the granddaughters will experience heartbreak, perhaps divorce, illness, disruption, disappointment and the death of those they love as they have already suffered that of their grandmother. It will all build up the backpressure of Schmerz in their own lives, leaving them to sorrow over their own inability to use that experience to protect those they love.

It is no wonder the innocent young look at us with such pity.