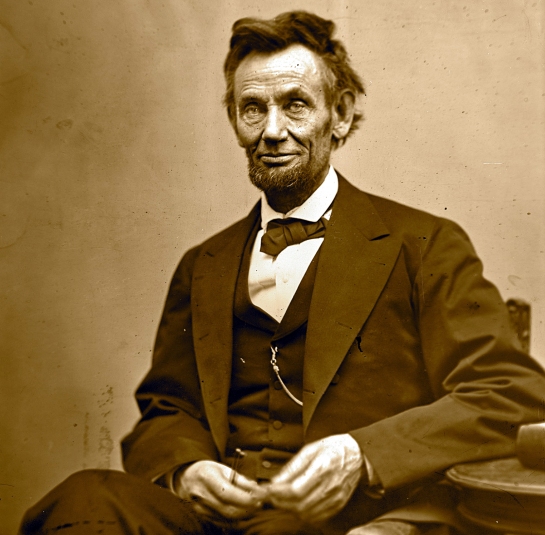 What we know best of Abraham Lincoln is his face. Gaunt and furrowed, with hollow cheeks, dark, shadowed eyes and a cowlick in his hair, as if he didn’t quite know what to do with a comb.

It may be partly that we know him from black-and-white photographs, but it is a gray face that already seems to be cut from stone. It is a monumental face.

It is also an ambiguous face. Perhaps because of the longer exposures needed to make those portrait photos in the 1860s, his expression is blank. We don’t have images of Lincoln smiling or talking. He is always sitting still, waiting for Matthew Brady to say, “OK, thank you, Mr. President. We are done.” And he can then relax, stretch his long legs and perhaps crack a joke. “Mr. Brady, it reminds me of the one about …”

But the static pose means we look at the face and read into it what we want: fatigue, care, wisdom, faith, despair, grief or distraction. Maybe just boredom.

And it isn’t only in the photographs that Lincoln is more mirror than figure. Everything in his life is ambiguous, and lets us find the Lincoln that reflects the image of ourselves. What we know best is his face, but it tells us the least.

Nathaniel Hawthorne called it “this sallow, queer, sagacious visage, with the homely human sympathies that warmed it.”

The words are from Library of America’s Lincoln Anthology, a collection of writings about our 16th president edited by Lincoln scholar Harold Holzer. It contains a century and a half of writing, from the recollections of his contemporaries to recent ruminations and lucubrations by writers such as Gore Vidal and Garry Wills. Each has his own Lincoln.

In it, you can read the shifting versions of the man. For some he is the preserver of freedom, for others he is a bloody tyrant. Some saw a sober man of deep reflection, others a jokester who would jibe at the most inappropriate moments. Some saw him as a statesman, others as an opportunistic politician.

For some he was a pious Christian; for others, he was an atheist.

You can find proof of any of these views in the more than 10,000 books that have been written about him.

Did he prosecute the Civil War to end slavery or to preserve the Union? There is evidence for all these Lincolns, and more.

Recent books have suggested everything from a closeted gay Lincoln to one afflicted with one or another form of undiagnosed genetic neurological infirmity.

Perhaps nothing illustrates the problem better than Lincoln’s attitude toward race. His early writings can be hard to read nowadays, from a post-Obama perspective: “There is a physical difference between the white and black races which I believe will forever forbid the two races living together on terms of social and political equality. And I … am in favor of having the superior position assigned to the white race,” he said in a speech in 1858. He was an avid user of the N-word, hardly excused by the fact that almost everyone did back then.

Yet freed slave Frederick Douglass, who frequently held Lincoln’s feet to the fire over slavery, after meeting him in 1863 wrote in his autobiography that Lincoln was “the first great man that I talked with in the United States freely who in no single instance reminded me of the difference between himself and myself, of the difference of color.”

“He was big enough to be inconsistent,” wrote W.E.B. Du Bois in 1922. “Cruel, merciful; peace-loving, a fighter; despising Negroes and letting them fight and vote; protecting slavery and freeing slaves. He was a man – a big, inconsistent, brave man.”

There are three explanations for Lincoln’s inconsistencies.

The first and easiest is that he was a politician and said to people what they wanted to hear. This is certainly true in many cases.

The second is that his views changed over time, and that what he said in 1858 cannot accurately reflect what he believed in 1863. This is also true. Few presidents show so much growth in office as Lincoln.

But the third is more important: He was simply a complex man. He seemed able to hold opposing points of view in mind at the single moment.

Unlike many later presidents, who grasp unwaveringly to their ideologies, Lincoln approached the world as a multifarious and varied place in which a single point of view cannot encompass. It allowed him a pragmatic flexibility.

One of the lies of history is that it follows a script. We tend to see history as a story with a beginning, middle and end. We know how the Civil War turned out. But in the midst of it, no one knew how it would turn out, and Lincoln faced new problems every day and no single policy would work in every case.

And every day presented choices that could lead to an infinity of results: Behind every door, a dozen more waited to be opened.

“I claim not to have controlled events, but confess plainly that events have controlled me,” he said in 1864. His genius – his political and moral genius – it to have been a great surfer of events, turning this way or that to maintain his balance and herd those events toward the general goal he held firm to.

It is what made him the right man for the job in 1860: An abolitionist could not be elected; a Southern sympathizer would only have prolonged the agony, like his predecessor, James Buchanan. Lincoln’s steadfastness of purpose was matched with a flexibility that many saw as being unprincipled. Yet, that flexibility is what worked.

“The scars and foibles and contradictions of the Great do not diminish but enhance their worth,” Du Bois wrote. 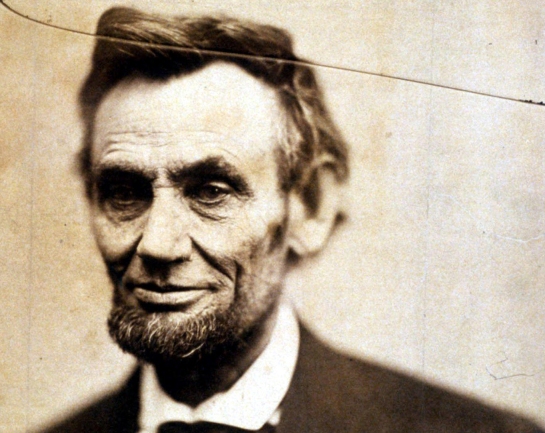