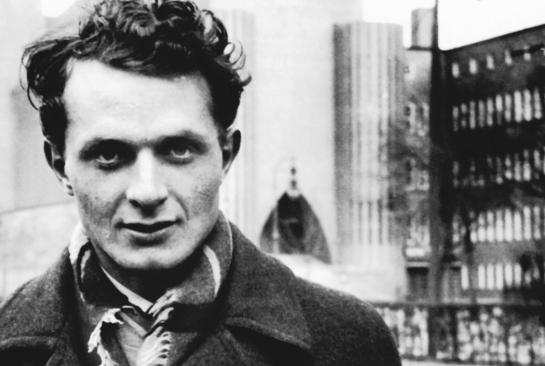 The English poet Stephen Spender wrote a poem whose first line I can’t get out of my head: “I think continually of those who were truly great.”
Of course, Spender was writing about political issues, but I can’t help thinking how this line might apply to art.
Because, we use such words rather loosely in the art world. This is “great,” that is “great.” But this devalues the word. I think continually, not of the great writer, painters and musicians who have populated our world, our college curricula and our anthologies — there are many: so many, no one — not even Harold Bloom — can read, see and hear them all — but rather I am thinking of what Spender might call the “truly great.” There are so few of them.
These are those men (and I’ll qualify that soon if you give me a minute) whose works either changed the world significantly or at least changed the culture, or whose works are recognized by a preponderance of humankind to have the deepest insight into the human condition.
It is best understood if we start with science. Who was “truly great?” You could name hundreds of great thinkers, from Watson and Crick to Louis Pasteur to Edwin Hubble. Their contributions have been invaluable. But none of them so completely changed our thinking or ruled it for so long as my three nominees: Aristotle, Newton and Einstein. Each remade the world.

Who in the arts can have had such effect? These are the people whose works are the core of our culture, the central axis of our understanding of how the world looks, feels, acts, and responds.
The Big Boys.
You may have your own thoughts on the matter: That is not the issue.  We can haggle over the contents of the list. The issue is whether there are some creators whose works are so essential to culture that to be ignorant of their work, is to be ignorant. Period.
In literature, I would say the list begins with Homer and Shakespeare. They are the consensus leaders. If I would add Chaucer, Milton and Dante to the list, so be it. You can add your own. But Homer and Shakespeare are “truly great” in this sense.
What I am suggesting is that in each field, there are probably such consensus choices. In music, you have Johann Sebastian Bach, Wolfgang Amadeus Mozart and Ludwig van Beethoven. Surely others belong on the list. I would include Haydn, Wagner and Stravinsky. You can add your own, but again, if you are not familiar with Bach, Mozart and Beethoven, your education is incomplete.
Among painters, you have Raphael, Rembrandt and Picasso. No one will argue against them. There are many painters that could be included: Titian, Michelangelo, Monet, Turner — the list is expandable depending on your taste, but who has had more influence than Raphael? More depth than Rembrandt? More expanse than Picasso?
(I am purposely narrowing my list to European culture, not because I think that is is the only one that counts, but because I swim in it rather than another, and because I have not enough exposure to everything in other cultures to claim even the slim authority I have discussing Western culture. If I had my way, I’d add Hokusai to this list, but he is ruled out by the operating principles of my system.)
Who are the sculptors? Michelangelo, surely; Bernini and Rodin. Others are great, but these are the standard-bearers.
Try it for yourself. Among novelists, who are our Newton and Einstein? Tolstoy, Dostoevsky and James Joyce.
Again, you may put forth your Fielding, your Trollope or Dickens and I won’t argue. This is only my list and it is surely provisional. It is merely my meager assay. It is my claim that there are the “truly great.” And that they offer something bigger, larger and more powerful than even the best of the rest. They have altered the course of the planet. Or at least the people upon it.
One final caveat: Where are the women? I am not so churlish that I don’t recognize the many great artists who are built with X chromosomes. My argument is with history, not with women: Historically, women have been blocked from the world of art. This is not so anymore, or at least not to the extent it has been true in the past. I was an art critic for a quarter of a century, and I saw the art world shift from a boy’s club to a much more open thing. Most of the best artists I came across were women. Many of our best and most honored writers are now women. In the future, I have no doubt there will be women who shake the world the way Michelangelo did. But I have to look backwards for my list, not guess at the future.
So, does Gertrude Stein belong here? Or Virginia Woolf? This is not to gainsay their genius or the quality of their work. Everyone should read them. But I am not writing about the great: I am comparing them to Shakespeare. The lack of women on this list is a historical artifact, not a prescriptive injunction.
The world is sorely lacking for heroes these days. We don’t even trust the idea of the hero. He surely must be in it for himself; there must be some ulterior motive. It’s all about power, say the deconstructionists. It is all reduced to a steaming pile of rubble and we shout with glee over taking down the idols and smashing them.
But I am suggesting that we actually read Homer, study Rembrandt, listen to Beethoven’s late quartets with the intensity and importance we otherwise give to defusing a bomb.
We should read or listen or look as if our lives depended on it. Because they do.

I hate style. When I hear an artist say she has finally found her ”style,” I get nauseous. Style is not what art is about.

Style should be the way something needs to be said. I see too much art wherein the artist has chosen a clever style, as if it were a shirt from a J.C. Penney catalog, and then tries to stuff it with something.

Artists who read art history and try to figure out where it is going next will always be shortsighted. Art is going where it will next because of some great imagination whose vision of reality cannot be expressed in the old vocabulary.

Younger artists tend to need style tricks more, just as older artists seem to strip down their style, like the final Kurasawa films or late Tolstoy. 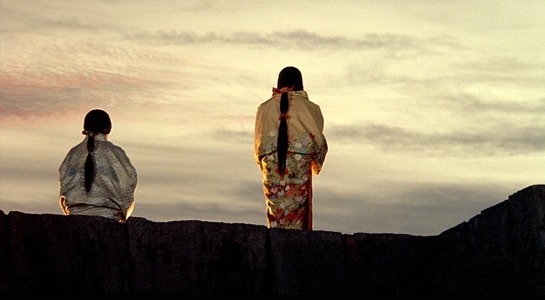 As an example: The greatest writing survives translation well. Lesser, more refined artists often are untranslatable because their substance is the fugitive stuff of style. Tolstoy, Homer, Dostoevski and Dante are all powerful despite language problems. They each concerned themselves with powerful searching problems and explored the mazes of those problems with shocking honesty (in the terms of their times).

Artists and writers now need to search their innards for analogous problems. Our answers won’t be Dante’s answers, but art on the level of importance as the Paradiso is needed. 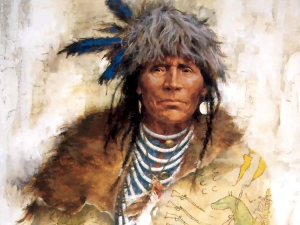 There are four modes of producing art. I don’t mean discrete modes, but that they are four points on a spectrum. They are:

–› The artist connects with something real in the world or the medium and, because his discovery cannot fit the molds cast by previous artists, he forges a new style. Picasso and Beethoven are representatives of this mode. Inner drive and a sense of the insufficiency of the old styles cause the creation of a new style. 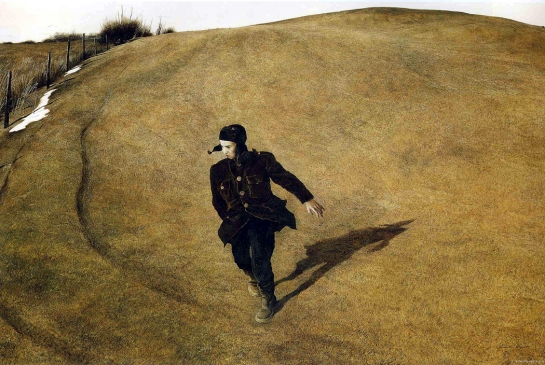 –› With some other artists, the interaction with authentic experience causes no feeling of the inadequacy of the existing styles. The connection with something real is still there, but accepted style merely becomes the mother tongue to discuss or develop the connections. Brahms, Andrew Wyeth and Rachmaninoff are possible examples.

The next two modes differ from the first in that the prime aim of the artist is not to express some genuine engagement with the world, but rather to manipulate style.

–› One is an imitation of the first mode, wherein the style is foremost and the artist attempts to create novelty rather than express something larger. Many students, too young to have anything real to say, are guilty of this mode.

–› The last is an imitation of the second, in that the conventional style is used with limited substance. Montovani, Cowboy artists or the truckloads of ”starving artist” oil paintings are prime examples. Neither message nor style is genuine, but only imitates the ”look” of art. 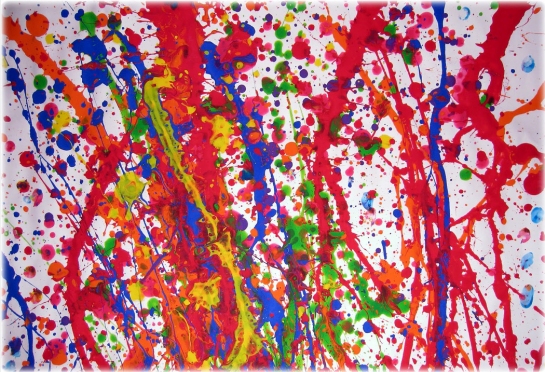 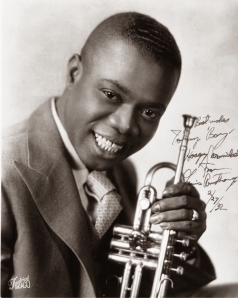 Style is a demon that seduces us. Audiences often choose by style and not by intrinsic worth: Jazz listeners listen to Kenny G pop jazz before listening to Mozart; Classical fans will listen to Zelenka or Ditters von Dittersdorf before listening to Louis Armstrong’s Struttin’ With Some Barbecue.

If we consider the actual function of art, the problems become clear. Art organizes, on a primary level, the undifferentiated chaos we find around ourselves. If the world does not seem chaotic to you now, thank the artists who have gone before you and struggled with the problems of perception.

To an artist, who is a person not entirely enculturated, the things we take for granted — the things that seem self-evident — are not to be trusted. Is perspective a realistic portrayal of how we see? That is suspect. Is nuclear war an entirely bad thing? Maybe, on a deeper level, it would be good for an overpopulated planet drowning in its own sewage. Maybe. Is the world of dreams all in the mind? Or is it as valid a reality as the one with digital watches and brothers-in-law? Maybe more valid. What are the true relationships between men and women? Why do otherwise reasonable people commit horrors and atrocities? Maybe it is a normal function of being a human. Maybe.

The artist won’t necessarily answer these questions, but he will consider them, or questions like them, and will engage with his explorations and exit the labyrinth with a canvas gripped tightly in his mitts, and with a wild look in his eye.

Style is a means of avoiding these tough issues, substituting a disengaged, shallow cleverness. 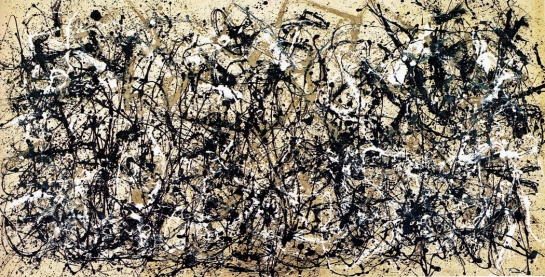 To make new art, the artist should not attempt to find novel juxtapositions, but should go back to that primary undifferentiated chaos and attempt to find an order directly from it. Too much mediocre art comes from people trying to be new rather than trying to be real.