Part 5: The Delta, the blues

Clarksdale, Miss., is known for two things: cotton and the blues. You cannot imagine the one without the other.

The endless flat fields all around the town are snowy with the white tufts even this late in October. “They start picking it in September,” a young  woman tells me, “And sometimes, if they have rain or bad weather, they don’t finish until February.” Her smooth skin is the color of coffee; it is also the color of the soil in the Mississippi Delta, that flat, fertile bottomland that stretches along the eastern flanks of the Mississippi River, running, as the saying goes, “from Beale Street in Memphis to Catfish Row in Vicksburg.”

As I drive through, about half the fields are harvested. Those yet to be picked are thickly dotted with puffs like a mackarel sky of cumulus clouds and they alternate with the fields picked through, which are only slightly less speckled with the white cottonballs.

In 1944, Clarksdale was home to the first cotton produced entirely by machine, from planting to bailing.

In the old days, when the cotton was picked by hand, the field would be cleaned out of the cotton. Nowadays, with machines to do the work, the work is done so much more cheaply that they can afford to be grossly inefficient. So the finished fields are a stubble of brittle cotton stalks from which dangle the felted balls of unpicked fibers.

The Delta — a 200-mile long section of northwest Mississippi stretching up to 60 miles east of the river — is more than cotton, though. It is also the blues.

It is where Muddy Waters was born and Bessie Smith died; it is where Robert Johnson sold his soul to the devil. It is the epicenter from which the rolling earthquake of blues spread out across the South. 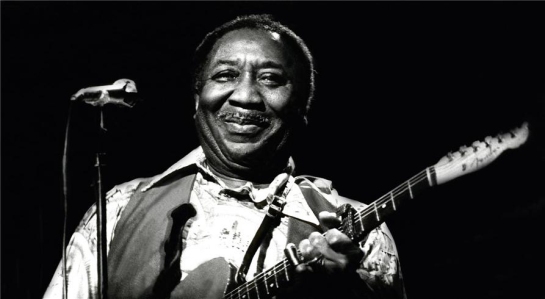 That wailing, flatted lament first came from the throats of the black field workers and former slaves. If I ever doubted the African origins of the blues, that was laid to rest when I visited South Africa in 1988 and heard, in the back country of Venda, a chorus of women sweeping streets and singing, call and response, as they backed their way along. It was as if a high-tension line had been thrown over the oceans and the electricity of one continent powered the song of another.

The blues, of course, is a refinement of the field song, a freight train of inevitable chord progressions thrown over the rawest and deepest emotions.

Clarksdale itself is a worn-out town. The downtown is filled with empty storefronts and boarded up windows. A J.C. Penney’s takes up one of the larger corners.

And across the tracks that split the town, the older, more decayed buildings sometimes contain a handwritten sign calling it a “Paradise Lounge,” or “Abe’s Bar and Grille.” These are the juke joints, where, on some Saturday nights, the current blues singers play out their changes.

It’s a Monday when I drive through town, and any potential bluesman is more likely at work, or sitting on the sidewalk outside a falling brick building on Issaquena Street with his friends.

I pass two of them, squatting in a vacant lot.

His sidekick is maybe a decade younger, and in jeans and an old cotton shirt.

I walk up to him and he says, “Can you help us get a pint of wine?”

“A dollar seventy-five,” he says, as straight as if I asked him his name.

“Here’s two. Enjoy yourselves. I always like to see young people have a good time,” I say.

He stretched up and said, “Lemme shake your hand,” and took the two singles I held out. “You see that,” he said to his friend. “You see that?”

He pumped my arm ferociously for about one and three-quarter seconds and sat down once more on his hams.

It’s the blues and they soak this old town. It’s where John Lee Hooker was born. So were Ike Turner, Little Junior Parker and Sam Cooke. Robert Nighthawk, Bukka White, “Gatemouth” Moore, Eddie Boyd, Son House and Charley Patton all once lived in the area. So did Ma Rainey and W.C. Handy. And the town’s most famous son was probably Muddy  Waters, who grew up on a cotton field south of here and plugged the blues into AC current.

Clarksdale is where Highway 61 crosses Highway 49 and it is at that crossroads that Robert Johnson is said to have sold his soul to the devil. 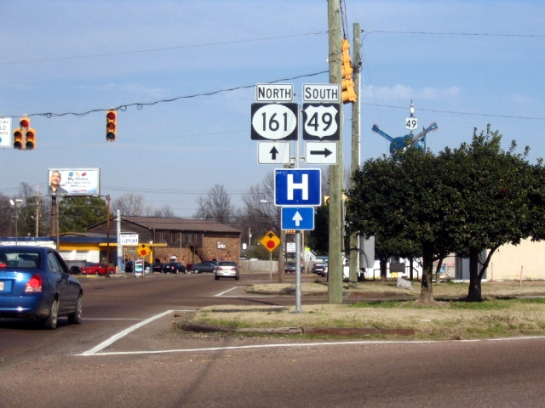 None of the juke joints are open, mid-day, mid-week, but when I stop to visit the Delta Blues Museum, housed in the town’s old Carnegie library, there’s blues being played in the back. An old man is sitting by a teenager, on a steel folding chair, playing an electric guitar, with another boy on drums behind him. They noodle through a few blues chords and the old man nods in appreciation.

The electric guitar sighs long and loud, the bass walks a steady pace and the drums wham a simple beat. The blues are siphoned from age to youth.