There is a seemingly endless assembly line on basic cable TV that produces documentaries about prehistoric humans. We have most of them on DVD: My wife is a sucker for anything on cave men. (If she had her druthers, she’d be one. She loves to imagine herself living in a “state of nature.” “Humans went bad as soon as they invented agriculture,” she says.)

But she also has a complaint, which she repeats with every viewing and reviewing: “Why do they always show cavemen with such unkempt hair?”

She contends, and I believe rightly, that even prehistoric humans took a concern for their appearance, or at the very least, for keeping their hair out of their joint of meat.

But whether it’s “The Rise of Man,” or “Walking with Cavemen,” or “Journey to 10,000 BC,” the people — whether actors in cave drag or computer animation — have such bad personal hygiene they look like soot-faced refugees from some Hollywood cinematic apocalypse.

It’s a question, even if you just think about other animals. Where do you see anything else in the animal world like that? Ever seen a cat with anything but a sleek coat? Mice, marmots, horses, terriers, squirrels, deer, otters, goats or tapirs. Not a hobo among them. Even chimpanzees, our closest living relative, has reasonably regular hair.

Why, then, should our cave brothers suffer the eternal bad hair day?

One makes the distinction between the fur of animals, which reaches a determined length and then stops growing — hence remaining groomed and neat — and human hair, which keeps growing and eventually becomes unruly. But since we have no fossil records for hair on early hominins, we don’t know exactly when longer head hair entered the genetic signature of the genus Homo. Perhaps Australopithicenes  had “fur” rather than hair. Perhaps even Neanderthals had neat hair. We don’t know. We don’t know for Homo habilis or Homo erectus, either. We only know for sure that Homo sapiens has continuously growing head hair, and hence, the possibility of bad hair days.

So, where did television art directors get the idea for disheveled anthropoids? Perhaps from contemporary peoples we call primitive?

There are two problems with that idea.  We should not assume that surviving neolithic people have not also evolved culturally and therefore, as different from those prehistoric ancestors as we are — just along very different lines of development.

So, taking the Mek of New Guinea or the Yanomami of the Amazon as representative of what cave men looked like or how they behaved, is nothing but supposition.

And the second issue is that even there, coiffure is a significant part of the culture. The Yanomami have very distinctive haircuts. 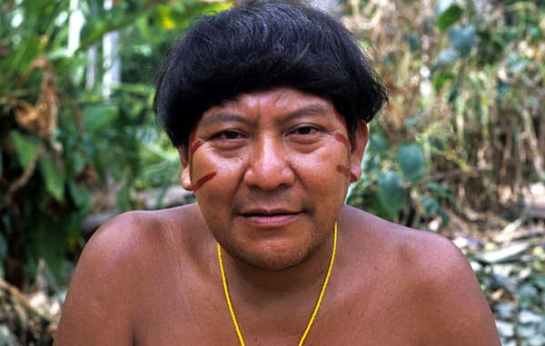 And consider North American Indians. The squashblossom hairdos of unmarried Hopi women, or the care with which Wolf Robe — a Cheyenne man from the 1909 photograph — braids and wraps his hair in otter fur.

Hair has had such a significant role in myth and superstition, that if we draw from surviving neolithic cultures for our model, we should probably assume that prehistoric peoples did some pretty inventive things with their hair. Just letting it hang out there, ragged and dirty, is likely not one of them.

If current paleoanthropology and archeology tell us anything, it is that primitive peoples were less primitive than we used to think. Toolmaking goes back at least to the Australopithicenes, so does fire.

Seeing European cave paintings, Picasso remarked that “we have invented nothing.”

Each new archeological find moves dates back further, and we learn that early people were far more advanced and sophisticated than we had previously thought.

Take Gobekle Tepe in Turkey, some 9,000 years ago, and not that far removed from the cave paintings, and you see a centralized cultural life, sophisticated three-dimensional sculpture and a road system leading from scattered villages to the central religious site. These people lived in rooms.

So, where did this trope come from? Blame the Victorians, I say. (I like to blame them for anything I can.) In the popular 19th century version of evolution, each adaptation was a step on a ladder of progress, ever better and more perfect. Modern humans (and especially modern English industrial humans) were the pinnacle of creation, the end target of the process. They are the people who gave us the concept of “primitive.” They gave us the first bestial images of what the early humans must have looked like.

They projected their racial fears into the cave men they imagined. And just as bigots tend to see the “other” as dirty and slow, whether that is applied to the Irish, the Italians, Jews or Africans, so, they imagined their ancient forebears to be of the “lower order.”

I wait to see a Discovery Channel documentary on those who painted such wonderful paintings on the cave walls of Europe as just as smart and sophisticated as us, using all that is at hand to make their lives as graceful and comfortable as they could. They were no dummies.