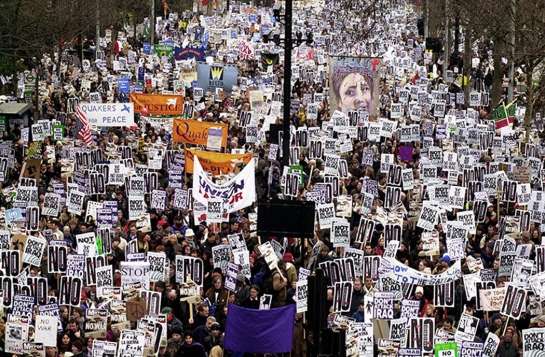 There is so much twaddle written about politics – and even more of it shouted on cable TV – that perhaps it’s time to slow down, take a breath and cast a cold eye.

You listen to both sides of the acrid political squabbles of the past few decades, and you’d swear the survival of civilization hangs in the balance.

In part, this is only the standard-issue partisan politics. No different now between Republicans and Democrats than it was between Federalists and Jeffersonians, between the Girondists and Montagnards or between factions at any time through history.

The problem is, they aren’t really ideologies. They pretend to be fully-formed reasoned arguments on each side, but in fact, they are really just personality traits.

Calling them ideologies makes them seem impersonal and rational, but in fact, they are purely emotional responses to the world.

That is, the essential emotional approach one takes to living in the world.

Some people are by nature conservative, which means they mistrust change and cling to what they already know. Others are by nature adventurous and see only benefit coming from trying out new stuff.

This, more than political theory, defines the two sides. The ideology follows, not precedes.

It is why we could talk about Kremlin conservatives wanting to preserve Communism, or Chinese liberals wanting to open up the market economy. The stance isn’t ideology, but inclination.

Neither inclination is by itself good or bad. Or rather, they are both both.

Conservatism seeks to preserve the status quo. “Whatever is, is right,” said poet Alexander Pope.

Unfortunately, the historical record of conservatives has quite a bit to answer for. It was conservatives who fought civil rights tooth and nail. It was an ugly time, and their use of an argument in favor of states’ rights to cover a craven racism has forever destroyed the utility of the states’ rights argument.

Perhaps that is why conservatives now don’t seem to notice the contradiction when they oppose state laws allowing same-sex marriage, medical marijuana or assisted suicide.

It’s not an ideological argument, but a desire to keep things the way they have “always been,” although that usually means the way they were when the speaker grew up.

The call for small government is the same: We want the government off our backs, unless it comes to abortion or homosexuality.

That is because, the real watch-spring of conservatism isn’t anything so high-flown as principle, but rather, a constitutional disinclination to try anything different. There is comfort in the familiar.

Yet, that mistrust of the new may sometimes be quite healthy. And sometimes, the tried-and-true is worth keeping. Not everything new is good.

For liberals have a lot to answer for, also. “I have seen the future and it works,” said liberal American writer Lincoln Steffens on visiting the Soviet Union in 1921. He was referring to Lenin’s Soviet Union, where, during the time Steffens was visiting, some 280,000 people were killed in the government-sponsored “Red Terror.” To say nothing of the between 3 million and 10 million peasants who died of starvation that year, due in part to government policy.

Talk about backing the wrong horse!

It might be hard to remember that when listening to the yammering heads on Fox News or MSNBC, each side so convinced of the purity of its views.

Politics is now, has always been, and always will be the contention of conflicting interests, and the necessary accommodations that must be made, depending on the temper of the times, the political – or physical – strength of the contending sides, the willingness to compromise, the moral persuasiveness of one side or another on an issue, and the confluence of historical forces.

We each have things we want: core beliefs, economic desires, the wish not to have a new freeway cut our neighborhood in half, or to avoid paying taxes. Some of these we’re willing to trade away, if we gain something we want more.

But one person’s wasteful government spending is another person’s crop subsidy and yet another’s government cheese.

Politics, whether local, national or international, is always a competition of interests.

It is not a fight between good and evil, pace Rush Limbaugh. In fact, there are almost always not two sides to an issue, but a dozen or more, each with something to lose or gain. We can see this multifariousness in the current splintering of the Republican party among its many factions.

Ideology is the enemy of politics: It is the great conversation stopper.

And ideology is always mistaken. Always. It cannot be otherwise.

The reason is that every ideology is based on a synoptic description of the world, a limited model of the way things are. That model, whether it is the right-wing model of nationalism, privatized economy, traditional marriage and organized religion, or the left-wing model of fair distribution of wealth, cultural tolerance, the evils of a class system and mistrust of big business – that model is always too simplistic, too limited, too rationalized, too coherent, to encompass the vast, unwieldy, incoherent, and imponderable experience of being alive.

The fact is, the world is way too diverse to be summarized in a party platform.

Ideology also posits a static, teleological end of history: When we have finally achieved everything we set out to, the world will be perfect, will run forever on the principles we have set down. That was true for Marxism, and for the National Review. Well, unfortunately, things change, time moves on. Something that may have worked in 1787 may no longer make sense (the “three-fifths rule,” or the mechanism for electing vice presidents, say), and both science and technology create new problems along with new solutions. New political processes will be needed for them. Ideology is a strait-jacket.

That is why that politics in practice, if not in theory, will always be sausage-making. This is not a fault, but a strength of politics.