“What’s wrong with belief?” she asked. ”I have been a Christian for many years, and my faith has given me great comfort.”

That’s fine, I told her. I have no problem with that. I, myself, am a lapsed atheist: same non-belief, but no interest in the rituals of atheism. I don’t care to proselytize.

She took exception, she said, to something I had written about political art. I had said that bad political art came as much from the Christian right as from the Marxist left.

She got me to admit that I had been using hasty polemicist’s shorthand when indicting the Christian right. And she’s correct. For one thing, I’m hard pressed to name any art at all currently made by the religious right. They don’t make art, they criticize it. It is the conservative’s impotence that he can only react, never create.

For another thing, the Christian right seems to me less a religious than a political faction. The items on its agenda are not notably Christian — at least not from the Christ who advocated poverty and humility — but rather free-market and male-dominated conservatism wearing the imprimatur of authority — a kind of soup made up of half-baked doctrine floating in a broth of testosterone.

So, it wasn’t Christianity at all that I was indicting, and I should have left the term out of the story. I have no quarrel with Christians.

Because it isn’t really Christians who scare me, it is believers.

I have always made a distinction between faith and belief. Faith is a comfort, and it is a willingness to let pass from one’s heart the angst, rancor and jealousy and recognize that there is something greater in the universe. And further, you are willing to give up control to something greater.

In some ways, this is only common sense.

The power you think you have is only illusory in the first place. You cannot control whether you will die, for instance, or whether you will go bald. That is the kind of power you must be willing to give over to the universe that gave you birth. It doesn’t much matter if you name that power Jehovah, Allah or the Void. On this point, the atheist and the Christian can come together.

Belief, on the other hand, requires an agenda, a dogma, a list of specific things you must accept as ultimately true. Faith is generalized, belief is specific.

And it is those specifics that have caused all the trouble.

For human beings are willing to believe the most astonishing things. And what is worse, they are willing to act on them and impose them on their neighbor. It matters not whether you are Savonarola or Madalyn Murray O’Hair.

Belief is the very devil. It is not a willingness to recognize one’s ultimate powerlessness in a universe that is an overwhelming mystery; it is rather the arrogant assertion that there is only one right way and what is more, you know that right way and everyone else had better start wearing your uniform and marching in step.

What I should have written, if I had had the time and space, is that the root of evil is certainty. If there is a Satan, he is certainty.

Certainty gave us Torquemada and the Spanish Inquisition. 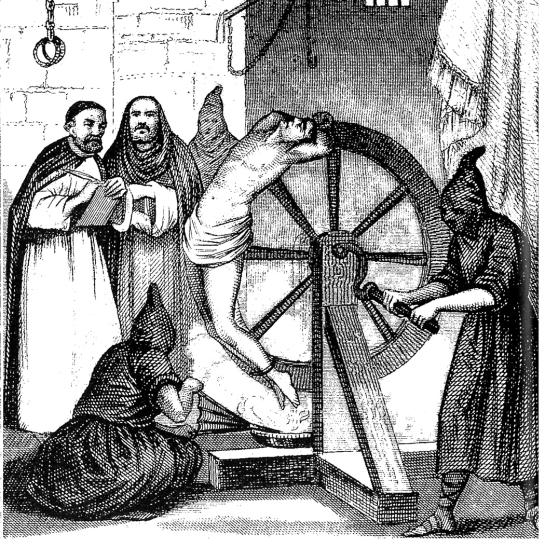 It gave us Hitler, gave us Pol Pot. Certainty justified slavery and permitted white Americans to believe that the only good Indian was a dead Indian.

Certainty destroyed the temples of Tibet and the churches of Moscow.

We live in a world beset with certainty. It killed Serbs and Croats, Turks and Greeks, Tamil and Hindu. It kills abortion clinic doctors and it kills Oklahoma City government workers and Boston marathoners.

When people die because someone believes an income tax is unconstitutional, you know something is desperately wrong somewhere.

I am reminded of a chapter in a book by the late Jacob Bronowski, who wrote in his Ascent of Man about the difference between knowledge and certainty.

After a clear-minded explanation of the uncertainty principle of physicist Werner Heisenberg, Bronowski brings the reader to Auschwitz and shows us a lake bottom — muddy with the ashes of those killed there.

Heisenberg formulated a theory that explained why if you can measure how fast an electron is traveling, you cannot measure where it is, and if you measure its location, you can no longer measure its speed. It is an expression of the ultimate ambiguity of knowledge. In science, all conclusions are provisional.

Bronowski extrapolates that it is not just electrons for which that is true, but for all knowledge. Uncertainty breeds humility. Certainty breeds arrogance.

We shouldn’t need Heisenberg to tell us that all knowledge is uncertain. 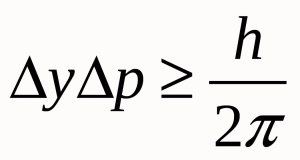 ”Look for yourself,” he writes. ”This is the concentration camp and crematorium at Auschwitz. This is where people were turned into numbers. Into this pond were flushed the ashes of some four million people. And that was not done by gas. It was done by arrogance. It was done by dogma. It was done by ignorance. When people believe that they have absolute knowledge, with no test in reality, this is how they behave.”