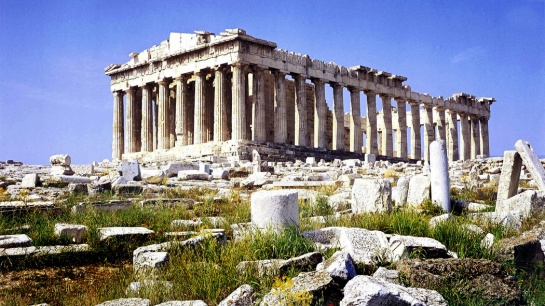 If one takes the long view of history, recent events often turn out to be part of larger patterns, or “themes” of history. Nowadays, for instance, we can see World War II as the completion of World War I. And we can see World War I as the natural continuation — a flare up — of the same thing that caused the Thirty Years War of the 17th Century. These things can smolder for centuries, like a peat fire, and flare up when local events add oxygen.

It is important to understand the long view on history if you want to find a lasting solution to current problems. You don’t treat heart disease by prescribing an aspirin for chest pain.

I don’t want to make unrealistic claims for this. The local symptoms do need to be addressed and the current situation needs to be handled in a way that deals with the contemporary realities of the case.

But we will only make things worse if we act in a knee-jerk fashion with no understanding of the complexity of events.

The underlying mistrust between the European or Western world and the Islamic world can be traced back at least as far as the 11th Century, when Pope Urban II called for a crusade to wrest the Holy Land from the infidel.

It was the European version of a jihad or holy war. In calling for the war to “liberate” Jerusalem, the Pope declared, “It is the will of God.”

Over the next several centuries, European armies contended with “pagan” armies over the region, winning some and losing some. The horrors of that time, and the crimes of the crusaders are well recorded and nowadays would certainly be understood as war crimes, even terrorism.

When they first conquered Jerusalem in 1099, the crusaders slaughtered some 40,000 Muslims and Jews who lived in the city.

Yet, the Moslem defenders don’t get off the hook, either. They committed their own series of atrocities. It was a time that didn’t reflect well on the humanity of either side.

Each side was certain of its rectitude and each side knew that divinity was backing them against the unbelievers.

The contested borders of Christianity and Islam continued long after.

Indeed, the problems in the Balkans recapitulated the battles in Kosovo during the 14th and 15th centuries between the Muslim Turks and the Christian Serbs.

The World Trade Center isn’t even the first well-known building to be destroyed by the enmity. In 1687, the Venetians were fighting the Ottoman Turks when they managed to blow up the Parthenon on the Acropolis in Athens. Before then the old temple had survived relatively intact for more than 2,000 years.

It is important to recognize that it isn’t merely a battle for territory, like many intra-European disagreements.

Which means that in another sense, the roots of the current attack go back well before the Crusades and begin in the Persian Wars of the Aegean in the Fifth Century B.C.

It was during those conflicts between ancient Greece and Persia that the defining difference between East and West was first, and principally defined.

Up until then, wars were largely fought between sides claiming to be bigger and better than their foes. The biggest monkey kept the banana.

But the Greeks defined themselves against the Persians as an idea. The Greeks — and their historical progeny in Europe — have tended to think of themselves as free, as democratic and as rational and have seen their counterparts in the East as despotic, uncivilized slave societies.

We’re not claiming that this is literally true. There is barbarity and nobility to go around.

But the West has largely thought of itself in these terms, even when in fact it didn’t measure up. Persia is now Iran.

We still see this battle with terrorism as one of “freedom and democracy” against the blind superstition of unreasoning fanatics.

And when Vice President Joe Biden was still a senator, and chairman of the Senate Foreign Relations Committee, put it even more directly.

These are the very terms the Greeks used in describing their war with Darius and Xerxes.

I am not suggesting that the Islamic world is barbaric, but that we have set up the terms of the argument in this old language, learned from the Fifth Century B.C.

But there is this kernel of truth to the matter: The West has come largely to believe that the purpose of government is the well-ordered organization of society — a belief they hold even in its breach. Meanwhile, the East has seen government as settling the issue of “who’s in charge.”

For the West, the theoretical end of political desirability is “benevolent anarchy” — such as that called for by Libertarians and “shrunken-government” Republicans, while for the East, the same theoretical end is the “benevolent theocracy,” centralized rule that preserves societal order.

The two systems are at such fundamental loggerheads that we mistake the meaning of such words as “democracy” when uttered from across the cultural divide. They mean something different by the word.

It is this difference, cooked long and slow by history, that must be taken into account when we seek to solve global problems.

It is what worries me when I hear even university presidents declare the obsolescence of the humanities, and when I hear the appalling lack of historical knowledge held by American students — to say nothing of a political leadership that has no more historical memory than last week’s car bombing. Those who refuse to learn from history are condemned to repeat it.

And it is what worries me when I hear increasingly bludgeoned rhetoric from our lower-grade politicians — “the windiest militant trash” — looking for quick and easy revenge.

They are missing the point. I am reminded of the lines by W.H. Auden:

“I and the public know/ What all schoolchildren learn,/ Those to whom evil is done/ Do evil in return.”