This is a cautionary tale about the importance of clarity in language.

Ordinary conversation is often ambiguous. We speak to our friends in sentence fragments punctuated with “uhs,” “likes” and “ya knows.” But the meaning comes through by context. A good deal of what we communicate comes via gesture, tone of voice, and the fact that our conversant shares our experience. But when instructions are given, it is important that there be no room for misinterpretation.

As Chinese war philosopher Sun Tzu wrote, “If words of command are not clear and distinct, if orders are not thoroughly understood, then the general is to blame.”

And so, I have no one to blame but myself.

I am forced to recall the case of Robert E. Lee and Richard Ewell at Gettysburg in 1863. Lee, being a Southern gentleman, had always had a hard time issuing direct orders, choosing instead to make polite suggestions, which he fully expected his officers to understand as commands. When Ewell didn’t do so in front of Culp’s Hill on July 2, the Confederate army lost the advantage, and ultimately, the battle.

Would clearer orders have changed the course of battle and war? Maybe not, but it certainly meant that the battle would continue for days, and it is clear that Gettysburg marked the turning point in the war.

What does this mean for me and my beard?

I have had a beard for 50 years. It has been my constant chin companion. In that time, it has been kept long, sometimes short and often unkempt. It was a rich hue when I was young, has progressively become gray, and finally, so light a shade of gray as to be indistinguishable from white.

I began the shaggy thing in college, not so much as a fashion choice, and not to brag of my manfulness, but rather because I was too lazy to shave. In fact, I hated shaving. Let the damn thing propagate, I thought. After a few years, the beard became so much a part of me, that I never even fancied the thought of seeing what might lie beneath. My chin was obscured by the duck blind of whisker.

The hair on the bottom of my head has grown lush even as the hair on the top has become sparse. Younger men whose hairlines have begun to draw back sometimes shave it all off, preferring the billiard-ball look to the billboard admission of creeping baldness. In recent years, the sheen of scalp has become something of a fashion statement. I have never chosen this route, but have had something of a similar reaction to tonsorial care as I once had on the issue of shaving.

For years now, I have gone to the barber and asked to have my hair trimmed down to an eighth of an inch. This strategy began in Arizona when the summer threatened and an ultra buzzcut promised to be marginally cooler than anything else. I would get the scalp mowed about every six months, after that point where it was necessary to take a comb to it. I didn’t like combing my hair much more than I ever liked shaving my beard. The close crop solved that problem.

“Would you like me to trim the beard, too,” the barber would say. “No, I trim that myself.” And I did, for 50 years, periodically taking a scissors to it to curb its profusion.

Recently, however, I have asked my current barber to tackle the beard also. She is so much more refined a topiarist than I am, and she has been training my shaggy beard into something more delightfully Hemingwayesque.

Well, last week, it was time for my semi-annual. I went to my usual barber shop and waited my turn.

Unfortunately, my regular barber was not there, and I was invited to recline on the chair of an alternate. He was a very kindly old Southern fellow, with hair as snowy as my own. With my regular barber, I never had to explain what I wanted, since she knew very well. “Here for your six-month?” she would say, laughing at my hair-cutting habits.

“What do you want?” the old barber asked. 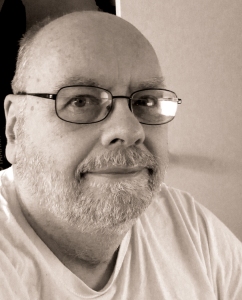 “Cut it down to about an eighth of an inch,” I said.

“And do you want me to trim your beard, too?”

“Yes,” I said, and the die was cast.
At first, I had no clue of disaster. He took the electric buzzer to my dome and started mowing the hair down. But before I noticed, and before I could say anything, he dragged the mower down my cheek and the glorious chin-garden was deflowered.

Because I am now living in the South, I couldn’t get all Yankee and scream imprecations at the poor barber. “You damn beard murderer! Why, I’ll get my cousin Tony to come down here and burn your house down and see how you like that!”

No, we don’t do things like that in North Carolina, so instead, I said, “Well, it’s a new look, I guess. I’ll see if I can come to like it. But it does mean I won’t be able to dress up as Santa this Christmas.”

But I would be able to impersonate Harvey Weinstein or Steve Bannon. This is not a situation devoutly to be wished. He held a mirror up for me to look at and Harvey and Steve both looked back at me. This was more suited to Halloween than Christmas. I cringed. I weeped inside. I looked facially naked. And the three-day-growth look that seems so sexy with buff young studs looks on me more like grandpa forgot to shave again. And believe me, I don’t wish to be mistaken for either Weinstein or Bannon.

Or, nearly as bad, the sagging skin-sack, stubble-bound and watery-eyed, of Orson Welles as Hank Quinlan in A Touch of Evil. Gives me the creeps. 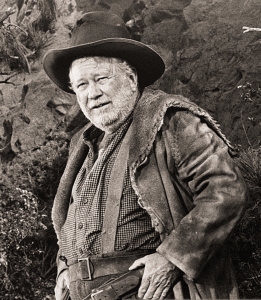 The best I can hope for is that others my age will remember Red Connors from the Hopalong Cassidy TV series of the early 1950s. Red was played by the venerable Edgar Buchanan, veteran of hundreds of movies and latterly of dozens of TV shows. His chin stubble defined him for me, through the Hoppy series and the Judge Roy Bean TV show after that, and, although I was too old to watch it regularly by the time it came on, through his stint as Uncle Joe on Petticoat Junction.

So, I wait patiently to age into my beard once again, learning the ancient sage lesson of the slow progress of life, and, of course, to be more careful in my language.