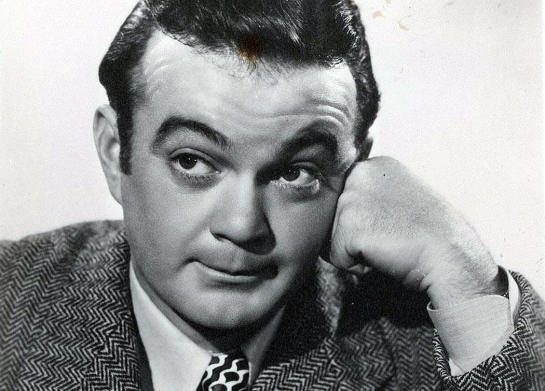 Americans have always had a cultural inferiority complex. In other areas, we may walk with a swagger of a bully, but from our earliest years, when the colonists imported all their music and tea, to the 20th century, when we looked to France for our avant garde, Americans have not had the self-confidence to be who they are.

And so, we often try our hardest to climb the social ladder by imitating others.

Certainly this impulse is behind the current epidemic of saying ”you and I” when we mean ”you and me.” As in, ”He left a message for Harry and I.” The hair twitches on the back of my neck every time I hear it.

I know where this ugly solecism comes from: We have been told not to say, ”Me and Harry are going down to the shop to work on the carburetor,” but rather, ”Harry and I are going.”

”It’s a question of breeding,” our matronly third-grade teachers told us, lorgnette over nose.

And we transfer this delicacy to the wrong place, saying ”you and I” whether as subject or object.

It’s like holding up our pinkie when we pick up our teacup.

In the process, we often make ourselves look foolish, as we attempt to be more French than the French or more English than the queen. Only this attempt to borrow class can explain the success of such monumental bores as Masterpiece Theatre.

This has been brought back to me hearing local TV news anchors attempt to stuff self-consciously correct Spanish pronunciations into the middle of middle-brow English sentences.

”In the latest news from ‘Nee-hah-RAH-wah’ . . .,” the anchor will say, and I am embarrassed for him. Not because he’s trying to be politically correct, but because he doesn’t seem to know that ”Nicaragua” is an English word. Sure, it is spelled just like the Spanish word, but like so many formerly foreign words, it has become naturalized.

The American pronunciation falls off the tongue better, certainly, than the British pronunciation: Nick-uh-RAG-yoo-wa.

”But we need to show respect for Hispanic culture,” he says.

And I agree. Americans are miserable when it comes to learning second languages. I am all for a bilingual America; we should not be so provincial as we are. But my simple answer is a question:

What is the capital of France?

Are we showing disrespect for the French when we blithely mispronounce ”Paris”? Why should it not be ”Par-ee?”

Well, because it sounds pretentious, that’s why. Pronunciation is guided by usage. We say ”Paris” in English and ”Par-ee” when we speak French.

Which is why the same news anchor isn’t consistent and doesn’t bring us news from ”Meh-hee-ko,” our neighbor to the south. It would sound silly. Long usage in English makes us pronounce the ”X” in Mexico as a ”ks” sound, its habitual sound in English.

Are we dissing Russia when we say ”Moscow” instead of ”Moosk-vah?” And after all, what do the Chinese call their country? Certainly it isn’t ”China.”

Are you suggesting we should say ”Nihon” instead of ”Japan”?

This isn’t really about respect but about communication: Usage allows our hearer to understand our words.

And conversely, is the Puerto Rican immigrant showing disrespect for American when he calls our largest city ”Noo Jork?” Of course not, but certainly respect has to be a two-way street. Those who demand we show respect for other cultures often share the familiar lack of ”cultural self-esteem” for their American roots.

Put that way, the silliness of it all becomes clear.

English is a wonderfully rich and adaptable language, and it has borrowed from almost every other language on the planet over the years. But it changes the words it borrows and makes them fit comfortably on the English-speaking tongue.

Certain words and names through long usage have developed idiomatic English pronunciations. We listen to the mazurkas of ”Show-pan” and look at the canvases of ”Van-go.”  It puts people off — and certainly puts me off — when people attempt to be more correct than necessary. In essence, they are merely showing off.

It is that unattractive element of social climbing.

When there is not a habitual English idiomatic usage, I’m all for pronouncing words as accurately as possible in their original language. But some things have become English.

I remember an object lesson listening to classical music radio in North Carolina many years ago.

The station was traditionally run by engineering students who were more interested in radio than in music. They couldn’t pronounce anything right. They mangled composers’ names. Bach was ”Baytch,” Chopin was a phonetical ”Chop-in,” as in ”there’s a pork chop in the freezer.”

We suffered for years, until they went the exact opposite way. One day they got an announcer who was more French than De Gaulle, or thought he was.

All of a sudden, Chopin’s name was ”Fray-der-EEK France-WAH Show-(something swallowed in the back of the throat and simultaneously sneezed out the nose after wrapping around the adenoids).”

It was a pretentious-sounding rectitude.

That same announcer later gave away the game, demonstrating what level of sophistication he’d actually achieved, when he played a Mahler symphony and he called out the name ”Goose-TAHV Mah-LAY.”