Appalachians Part 2: In which the author eats a persimmon

On a late October morning, after a solid frost, you can find a bushel of brownish mottled balls scattered on the ground in the rime under the persimmon tree. They look spoiled and perhaps their thin skin has cracked.

You pick one up and tear its skin wide, forcing the orange flesh through, against your teeth. You push the soft, puddinglike flesh against the roof of your mouth with your tongue, separating it from the hard, grasshopper-size pits that you suck on for a few minutes before spitting out.

There are few wild foods sweeter and more delicious than the ‘simmon you find for yourself on an old, deserted farm in the mountains of North Carolina.

The farmhouse has lost most of its paint, there are spider webs on the dusty windows, and a few boards have fallen through on the front porch. The house sits at the bottom of a hill, where hay still is mown in the summer. At the top, there is the edge line of a hardwood forest. At this time of year, along the creek at the bottom of the slope, the red maples are scarlet and the sweet gums are yellow.

And the ubiquitous zigzag rail fence will seem to outlast everything in the decaying farmhouse but its chimney.

It is the Blue Ridge, the first range of the Southern Appalachian Mountains. It rises as low hills in northern Alabama and continues north, growing higher through Georgia, South and North Carolina and Tennessee, then thinning out and shrinking again in Virginia, only to sink below the soil once more in Maryland.

The Blue Ridge is what we think of first when we consider the Southern mountains. Its people, its wildlife and its landscape are distinct: black bears, porcupines and possums play in thickly forested hills interspersed with valleys, or ”coves,” where leather-skin farmers grow feed corn and burley tobacco and pasture their cattle.

These Eastern mountains are very different from the higher, wilder, but simpler ranges of the West. They are lower for one thing — the highest is Mount Mitchell, at a mere 6,684 feet. They are round, soft, fuzzy with trees. 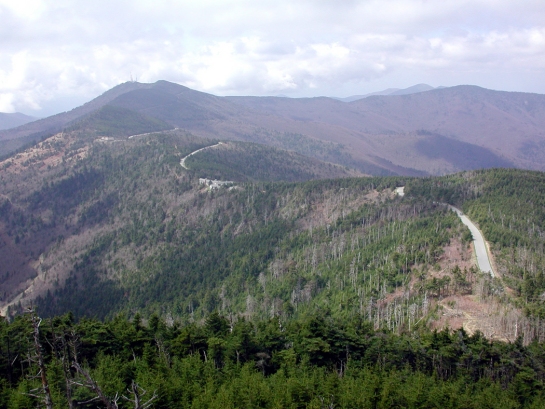 And they are inhabited.

There are wildernesses in the Blue Ridge, accessible only by serious hikers, but you can’t really think of the Appalachians without thinking of the people who live there. Every creek-filled crease in the folded rock has its two-story clapboard house, its barn, springhouse and root cellar.

In the cool fall days, you can see the blue smoke rising from stone chimneys and hear the distant sound of chain saws bucking another cord of wood.

Times have changed some: You also might find a satellite dish in the yard. Because these old houses — some a century and a half old — are so hard to heat, the descendants of their builders sometimes have moved into a mobile home parked right next to the noble old house.

However, you will always find the woodpile, the kitchen garden and the pickup truck on the dirt driveway.

The people of the mountains, however, are not mere stereotypes.

By and large, they are comfortably in the 21st century. There are fast foods, hardware stores and Kia dealerships. High-school kids wear Nikes and everyone waiting for the schoolbus seems to have an iPhone.

However, there is something different about them, their clipped dialect, wary sense of humor, flat-pitch singing, white-clapboard religion and, above all else, an unbreakable attachment to the land. Those who leave spend the rest of their lives pining for it, dreaming of going back.

”I lied to my God when I left the mountains and kem to these devilish cotton mills,” said one old mountaineer, quoted by Appalachian historian Horace Kephart. ”Ef only he’d turn me into a varmint I’d run back tonight. Boys, I dream I’m in torment; and when I wake up, I lay thar an’ think o’ the spring branch runnin’ over the root o’ that thar poplar; and I say, could I git me one drink o’ that water I’d be content to lay me down and die.” 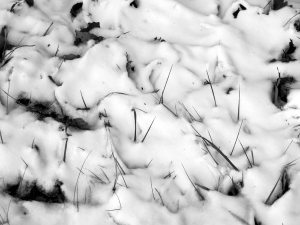 For nature is so insistent, both for the brutality of its winter and the beauty of its summer, that the mountain population grows right into the rocks and soil of the hillsides. Pull one out and his roots remain in the ground.

I know. I have become one of them.

Everything about the Southern Appalachians sticks in one’s innards.

So that when the midwinter snows close the schools for weeks at a time and the white tufts gather in the pine needles, deadening all the sound of the landscape, you might hear in the distance the county plow scraping the pavement and the clatter of tire chains.

The hillsides are scratchy with gray branches and beech trees with smooth aluminum bark, and last year’s dry papery copper leaves rattle in the breeze.

Then the spring: It is spring when the Appalachians are most themselves.

The cool humid air hangs as fog in the river bottoms and the dew hangs on the stamens of the rhododendron, which snake out of the flowers like a lizard tongue.

The area’s waterfalls are at their peak, spreading water like a coat of varnish over the gray, lichened and mossy granite.

There is color under your feet and over your head. The redbud tree spatters the forest with a spray of reddish purple; the wake-robin grows pinker by the day. There are buttercups, columbine, maypops, geraniums, trilliums, mayflowers, fire pinks and yellow lady’s slipper.

Everywhere, low under your ankle, there are the leaf-whorl and drooping antenna-flower of the common humble violet.

The mountain winters are frozen solid, so when the spring thaw comes, the whole landscape pops open.

And no matter where I was living, when spring came, I thought of it in these mountains.