Part 2: In which the lucky reader gets to eat pie 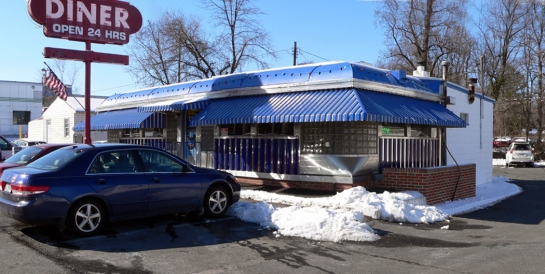 Central Appalachia is the home of the stainless-steel restaurant.

Built of sparkling glass, steel and neon, these old diners are beacons from America’s earlier decades, of a time when all highways had two lanes and to eat out meant a ”blue plate special.”

These days, there are a lot of ”Postmodern” diners around the country, with cute names such as the Five and Diner or the Road Kill Cafe, but they are not really diners. They play doo-wop music on the jukebox, often have young gum-chewing waitresses, menus written with cloying puns and lots of atmospherically campy Hollywood publicity photos on the wall.

But they are not really diners. They are theme parks. Those who eat there are more likely yuppies than truck drivers.

The real thing is not nearly so self-conscious. Pennsylvania, New Jersey and southern New York are their natural environment. You find the real thing huddling along the sides of old U.S. highway routes.

The real things were establishments where you could get a ”regular” meal at an inexpensive price. Meatloaf, mashed potatoes and gravy were the norm, or ham with a ring of canned pineapple on top, or roast beef topped with the same brown gravy you found on the meatloaf. Ethnic food meant spaghetti.

Haute cuisine it was not, but it was filling. 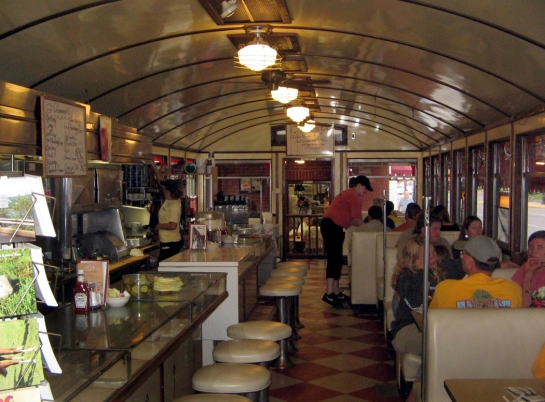 Or is — the diners still exist, although not as common as they once were, now replaced by burger and fried-chicken franchises.

The real diner doesn’t usually have young fresh-faced waitresses in pink skirts and cute white hats. Instead, you more likely will be served by a wrinkled, gravel-voiced waitress who has served meatloaf to truckers for 30 years.

There is no glamour in real diners. They are noisy, smoky and busy. The pie is good and is often baked on the premises. The coffee is good if you are lucky. If you are not, it will be able to etch glass, and in the bottom of the Syracuse stoneware cup, you will find a layer of sediment to chew on, that will keep you awake for three weeks into Tuesday.

The heyday of the diner stretched from the late 1930s into the ’60s. The earliest prefabricated diners were of porcelain enamel rather than steel. The smooth, pearly colors in panels along the side imitated the look of railway cars, leading many people to believe that diners were adapted railroad dining cars. They were not.

They were built in factories, such as the Jerry O. Mahoney Co. of Bayonne, N.J., or the Kullman Dining Car Co. of Harrison, N.J. Assembled in the factory, they were pulled into pieces and trucked to the site and reassembled by a factory team.

Their construction made them easy to move later on, if the owner thought a new location meant better business.

Serro’s Diner, a famous old place in Irwin, Pa., cost $23,000 when it was built in the 1950s. The original building later was moved to Butler, Pa., where it was renamed Morgan’s Eastland Diner. The Serro family bought a new diner in Irwin. 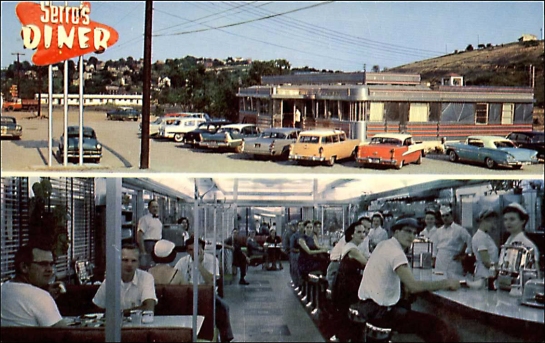 Such stories are common in the diner world.

Less common is the alternate spelling of ”diner.” In northwestern Pennsylvania, with a spillover into Ohio and West Virginia, the word often is spelled ”dinor.” 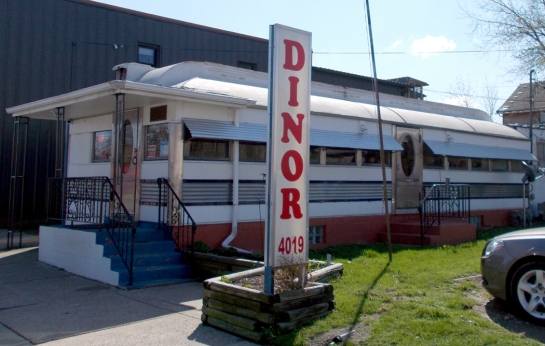 The food is the same, however. Some diner specialties are not likely to win the American Heart Association seal of approval.

You can find fried krautcakes, scrapple and fried eggs, chicken and waffles, fried sticky buns and ”Texas Tommies,” which are hot dogs split longways, stuffed with American cheese and wrapped shut with bacon and then deep-fried. 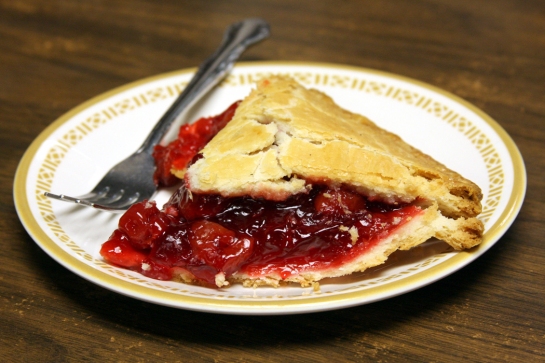 And they sit in glass cases, lighted like jewelry under the cash register, or in revolving plexiglass towers. 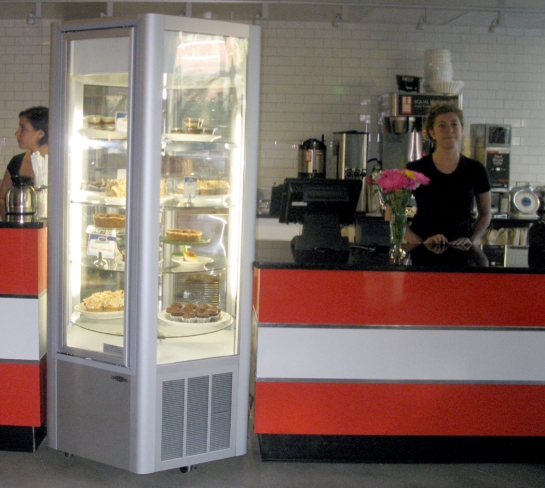 Some diners, such as the Melrose in Philadelphia, became so famous for their pies that they built full-scale bakeries on the back of the building. 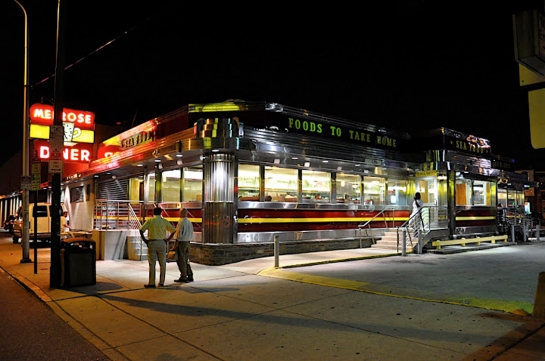 So, after you’ve eaten your pot roast, stay and have a slice of pie with a cup of coffee before setting out on the highway again. It’ll put you in the mood.