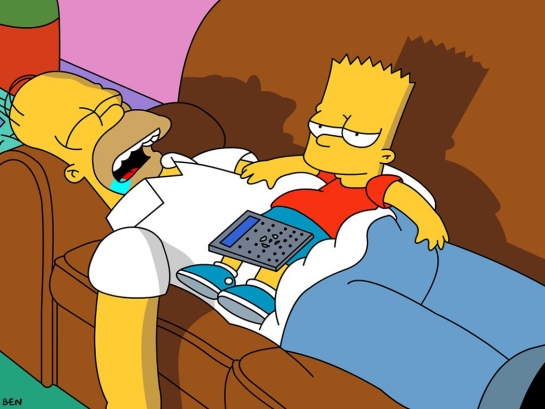 This is not news to America’s wives, but: Men hate change.

I don’t mean only a pocketful of pennies and dimes — fishing weights in the trousers — I mean that a man feels uncomfortable if his favorite easy chair has been moved for vacuuming and put back no more than an inch from its original spot. He will feel compelled to nudge it that last inch.

I mean that when a favorite shirt finally blows through at the elbows, he won’t throw it out, but will wear it on Saturdays, to the dismay of his wife and daughter; and when it is finally no more than strings of tattered fabric hanging from a collar, he will use it to polish the car.

And what is more, when he needs to replace a work shirt, he will find a carbon copy, preferably bought from the same store, even the same rack, as the first.

I mean that when an old TV goes on the fritz, a man will stand there holding the aerial in his hand, watching the Cubs through the snow, rather than go out and buy a new tube.

How many men do you know who try different hairstyles?

Most men I know settled on a hairdo in high school and have kept it until there was no hair left to do.

I’ve seen 50-year-old bald men who have gathered what fringe remains and greased it into a ducktail.

Sometimes this aversion to change is misread by wives as being laziness. And sometimes it may be, but by and large, a man doesn’t fix that creaky door because for him the creak has become a familiar part of the home, and he simply doesn’t want to change it.

The great example of this principle in literature is the story by Herman Melville, “I and my Chimney.” It is comic and depressing at the same time.

Its narrator stands guard against the constant plans for improvement his wife devises.

“Old myself, I take to oldness in things; for that cause mainly loving old Montague, and old cheese, and old wine; and eschewing young people, hot rolls, new books, and early potatoes and very fond of my old claw-footed chair … But she, out of the infatuate juvenility of hers, takes to nothing but newness; for that cause mainly, loving new cider in autumn, and in spring, as if she were own daughter of Nebuchadnezzar, fairly raving after all sorts of salads and spinages, and more particularly green cucumbers (though all the time nature rebukes such unsuitable young hankerings in so elderly a person, by never permitting such things to agree with her).”

The narrator’s fallback position, always, like the hero of Melville’s other story, “Bartleby, the Scrivener,” remains, “I would prefer not to.”

The basic instinct men have for what can be seen as monotony is a part of the way life is compartmentalized for them. For women, I often feel, life is all of a piece. Each part flows into the next, and women seem quite happy to think about or do several things at once.

Men are not that talented, and part of what has become an aversion to change is really just a man’s way of putting certain things on automatic pilot so he doesn’t have to think and act on them, so he can focus his attention on whatever he believes is important.

If one attacks life freshly and alertly each day, there are millions of decisions that will have to be made. A man feels overwhelmed by them.

So whatever can be decided by rote — the shirt, the socks, the route to work — is preset and unaltered, so that he can expend his energy creatively at the office.

So it is a matter of priorities. For mothers, what must be attended to is whatever minor emergencies present themselves, in whatever order they occur. The baby needs changing, the third-grader has skinned his knee, the teen-ager needs the car keys.

She cannot do as the man does and make a list of things in their order of importance, and address them in that order. Some men spend their whole lives on that list, rearranging it as new problems present themselves and never getting to the actual problems themselves.

Like many people, I used to think that gender differences are merely learned behaviors, but the older I get, the more I realize that the different wiring of men and women is more fundamental. If women are unhappy about the way men act, they shouldn’t immediately ask that men be different; you might as well ask that they have three arms instead of two.

It is more to the point to ask why they are as they are, whether tens of thousands of years ago on the veldt such behavior made a kind of genetic sense that in a 20th-century city is now obsolete.

Perhaps women as nurturers must keep their attention as widely spread as possible, so as not to miss the one kid headed for the pool while attending to the other’s bruised arm.

Men as protectors needed to focus their attention very narrowly, ignoring lesser commotions for the larger one of a preying lion or wolf.

At which point matching socks are kind of silly.