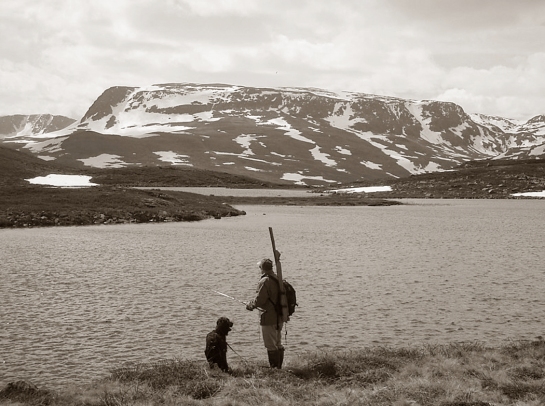 There are two things Norwegians love beyond all measure. One is coffee, which is drunk all day long; the other is what they call ”the Nature.”

The Nature is what Norway is about. Less than 10 percent of the land is usable for farming or industry, and the rest is craggy mountains, deep, dark forests and steep-sided fjords cut hundreds of miles inland from the sea.

For the Norwegian, to be out in the Nature is to be where it is healthy, both physically and mentally, and it is the only place where it is possible to be ekte Norsk, or truly Norwegian. 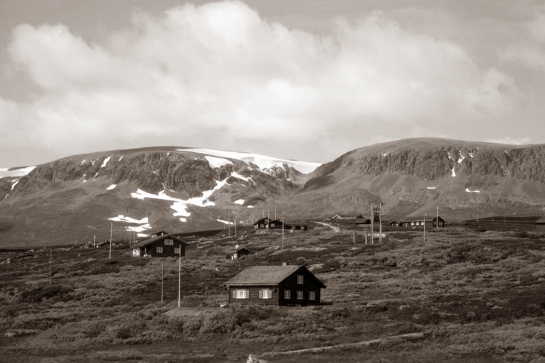 So any self-respecting urbanite owns a small hytte, or cabin, out in the wilderness where he repairs on holiday. In the summer, it is for relaxation and hiking. In winter, it is for skiing.

It was the summer when I visited Hallingdal, a long valley in the middle of the ”spoon” bowl of the country. I had been staying with relatives in Oslo, and they wanted to get away one week to the hytte and introduce me to the Nature.

Our first full day in Hallingdal, Astrid, who was 69, and her brother Einar, a year younger, got me out of bed early for a hike. Einar wore shorts, hiking boots and knee socks accessorized by an enthusiastic grin. He slung an old canvas haversack over his back. His brother-in-law, Lars, carried a woodsman’s bag full of kindling on his back. Astrid wore a wide-brim straw hat with a scarf to hold it down.

We walked a short ways down the hill, across the middle of the valley and then started climbing the Hallingskarvet, which is a 30-mile-long mountain range that runs like an inverted crescent moon along the south side of the valley.

The air was crisp, the hillsides green with spongy moss and curling grass, and the trail followed many small meltwater streams.

Most Americans have little idea just how far north Norway is on our globe. Just remember that Paris is as far north as Newfoundland. Hallingdal is as far north as Greenland. It is only 300 miles south of the Arctic Circle. That puts the tree line very low on the hillsides; it also puts a July dawn at about 2 a.m. and sunset near midnight. That low light makes the green all the more intense.

We climbed up granite cliffs and over plateaus marshy with meltwater. When we reached the highest point on the hike, we stopped for lunch. Lars unloaded the wood he’d been carrying, scrunched a few rocks together and built a fire on which he balanced his coffeepot.

While the coffee water came to a boil, Einar sliced gjetost, or sweet, brown goat cheese, and loaded up the knekkebrod, which is the Norwegian version of Rye-Krisp. The view was stunning. On one side, below us, was the 10-mile-long lake, Strandevatn, and on the other side, the highest point in the Hallingskarvet, a 6,342-foot-high peak named Folarskardnuten, crisscrossed with snow and standing over its own valley like a blue eagle over its nest.

After the sandwiches and coffee, Einar pulled a few bottles of beer from his sack, and we finished off the lunch with a toast to the Nature.

On the way down the mountain, we passed many seter, tiny summer farms that families use when they pasture their goat- and cowherds up on the mountains. The typical seter is made of logs or roughly sawn lumber, with a grass roof and a split-rail fence around the ”estate.” It couldn’t be more rustic. 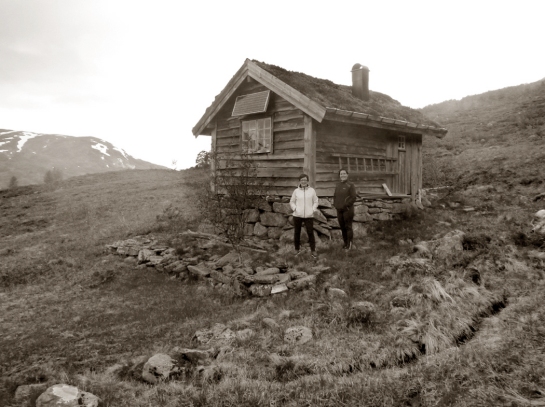 In one was a newlywed bride whom Astrid knew. We stopped, knocked on the front door and were invited to enter. She was making romme, a Norwegian version of creme fraiche, and she gave us all some. In Norway, you never visit someone without making selskap, or company. And that always includes food. If there is no smorgasbord, there is always at least a bowl of fresh romme from a rosy-cheeked bride in a grass-thatched one-room farmhouse on a steep grassy mountainside with a view of the valley.

There must be something to this Nature. For every Norwegian I met was maniacally healthy.

Even senior-citizen Astrid, who hiked and climbed mountains like a Marine, put me to shame. On reaching the hytte, she glowed and said she couldn’t wait to begin skiing again next winter.