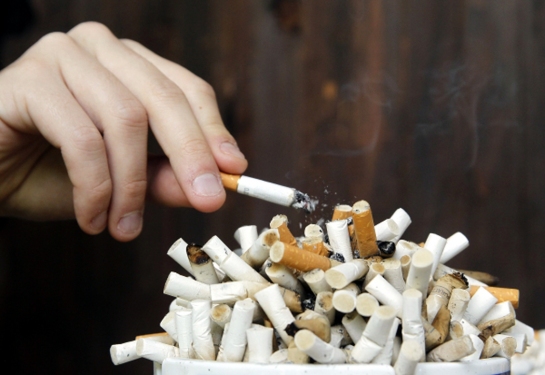 There is a creeping locution that turns my teeth inside out: When one says ”Thank you,” and the answer comes back, ”Uh-huh.”

I first began noticing this a few years ago when a local TV reporter habitually responded ”Uh-huh” when the anchor thanked her at the end of a report. Every time. ”Uh-huh.” All I could think was, ”You slack-jawed cow.”

”Uh-huh” is a dismissive response, one that says, ”I don’t think enough of you to take the time and effort to form actual words in answer.”

I understand that etiquette is a fluid thing, that it changes over time and that Americans by nature tend to be somewhat informal. There is a sort of casual affability that marks us as a people; this is especially true since the end of World War II.

We are Joe and Willie in the trenches, Pogo in the swamp. We are Hemingway and Fitzgerald, not Trollope and Thackeray.

And our sense of manners is rooted not in superannuated ritual but in the democratic ease we feel with one another. So I am comfortable with the easy swagger of American speech, with its energy and its drive to the short, concise, pithy and colloquial. In a sense, American etiquette is an attempt to share that ease, to make others feel as comfortable as we do.

Manners, whether formal or casual, are a cultural means of granting the other person respect, of recognizing his existence. As such, they lubricate the engine of social intercourse.

But ”uh-huh” does no such a thing. It is a barnyard snort, an insulting spit from the back of the throat.

Certainly there are times when a formal ”you’re welcome” seems artificial. You hold a door for someone and he says ”Thanks.” ”You’re welcome” makes too big a deal out of it.

But any number of other responses can acknowledge the word and the person who spoke it. Comment on the weather or ask after his health. The exchange isn’t a real conversation, but it is recognition of someone’s right to exist on the planet.

”Uh-huh” is the verbal equivalent of crushing the person out like a cigarette butt in a grimy ashtray.