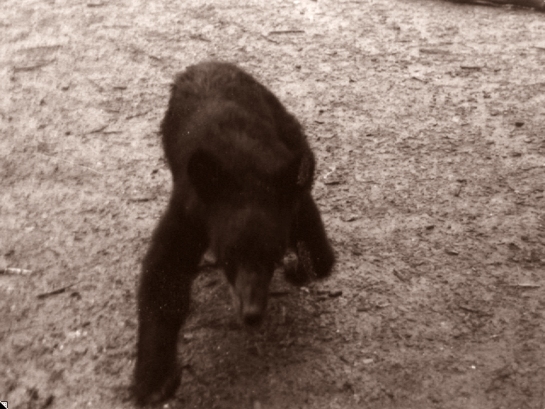 It was after college that my real education began.

There was one official marriage of three years and one unofficial marriage of seven. There were also several crash-and-burn episodes of affection and desire before, during and after. There were many jobs, too: sales clerk, grounds crew, substitute teacher, delivery driver, teacher of crime-scene photography, editor of a black weekly newspaper, and year spent working at the Seattle zoo, but also a year and a half spent almost homeless and broke. At one point, I was literally down to two nickels and three pennies.

There was nevertheless much travel, north and south along the East Coast and east-west taking a train cross country. I knew what it like to sit in the smelly back of a Trailways bus watching 2 a.m. passing in Virginia. And there was a summer hiking part of the Appalachian Trail and feasting on Velveeta, Slim Jims, and Tang mixed with Blue Ridge spring water.

In Seattle, I lived in a house with two lesbian medical students and the world’s most obscene man. When I was broke and moved back to North Carolina, I was taken in by my college best friend, who, with his wife, nurtured me back to something like sanity.

One learns a lot this way, although they are often things you wish you didn’t have to learn.

But there was a parallel education, and that came from endless reading.

The thing about hard knocks and waxing maturity is that the books and the knocks come to be mirror reflections of each other. You learn the answer to the surly, snotty question you probably asked in high school: “Why do I have to read Jane Austen? It has nothing to do with my life.” Or Gatsby, or Dickens. At that callow age, it all seems so irrelevant (outside, say, Catcher in the Rye, which you insert directly into your vein with a needle).

It is as if they are trying to make you learn things you don’t want to learn. (Hint: They are; and hint: You’re an idiot at that age).

But with a few divorces under your belt, and a couple of employers whipping you from pillar to post, and a few miles under your tires, the world opens up and you begin to understand things you blessedly had no clue of.

It is that parallel education, then, I mean to write about. Those books that cascaded through the years in the wilderness. I tore through a lot of books. Frequently unemployed, I had a lot of time on my hands.

And I didn’t just read books; I read authors. I read all of Hawthorne, all of Melville, all of Thoreau. And when I say all, I mean Israel Potter and A Yankee in Canada. Reams of Faulkner, Hemingway and Steinbeck. I couldn’t get enough Wallace Stevens, Pablo Neruda or William Carlos Williams.

A few spoke to me most directly.

One was Lawrence Durrell’s Alexandria Quartet. You have to be a certain age and in a certain state to take in those four books. I was. Thirty is its age, just as 14 is Salinger’s.

The “trick”of the four books is a kind of Rashomon retelling of the story several times. First through the eyes of a man in love, second from the point of view of a disinterested outsider, and third from an omniscient narrator and each version contradicts the previous and fills in missing information and corrects their misunderstandings and misperceptions. It is a byzantine tale set in a duplicitous ex-pat Egypt before and during World War II. The prose is dense and florid; the plot is even more so, and the characters even more than that. It is a huge pile of musk, perfume and offal.

The author’s habit leads to such sentences as:  “He has manumitted the colloquial…”

But there is a concomitant grace and directness of balancing sentences, such as: “She took kisses like so many coats of paint.”

It is a baroque style that is meat to only a few. I was hungry for it and the reasons were personal.

I only late found out that the woman I had been living with had had a very active secret life of which I knew nothing. I was as naive as Darley in Justine. I had friends who could have written me a Balthazar, but they didn’t and I fled cross country in exile and in metaphysical pain.

This was a devastating case of literature as a mirror and the face I saw there shamed me. But it also instilled in me a sense of caution, a humility concerning what I think I know and a skepticism for what others think they know.

Balthazar at one point says, “Truth naked and unashamed. That’s a splendid phrase. But we always see her as she seems, never as she is. Each man has his own interpretation.”

Or, as Octave says in Jean Renoir’s film, Rules of the Game, “The awful thing about life is this: Everyone has his reasons.”

We almost never know enough to make informed judgments: The truth is always hidden from us and people act from motives we cannot be privy to.

Durrell taught me to be perpetually in a state of tolerant unknowing.

Or at least he reinforced through art the lesson I had been given but perhaps did not fully comprehend. Some lessons come in the form of a ball-peen hammer to the head.