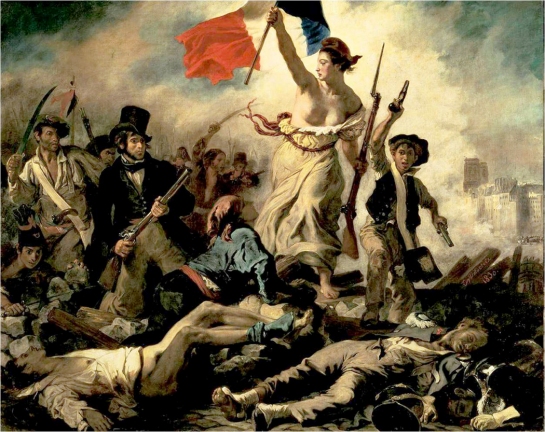 “Dulce et decorum est pro patria mori. I’m not sure I ever understood that.  I remember traveling through France and in every town, usually near the oldest church, there would be a monument with the names of those who died in the First World War, and always the phrase, ‘pour la gloire de la patrie.’ 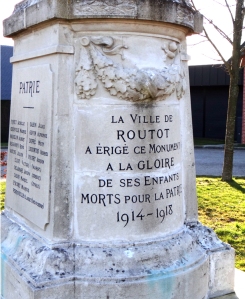 And I always wondered what those named on the stone would now think of that phrase. Was the gloire de la patrie worth the pain and loss? The lives truncated, the families not earned, the whole sacrifice really just a preparation for the next guerre, the next round of destruction. Stultum est pro patria mori.”

“Is it the war you despise?” I asked, “or is it the patriotism?”

“No question, the patriotism. War will always be with us; I have little hope for humankind’s redemption. I can see no way ending the habit of the strong using brute force to coerce the weaker. But patriotism is something I cannot fathom.”

“Well, we both came of age during the Vietnam war, and I think that must color what we feel, both the anti-war and anti-patriotism. I certainly felt jerked around during those years by the constant appeal to a cheap patriotism…”

“Yes, ‘Get a haircut’ was the summum bonum of love for country…”

“Perhaps because the Romans seem to have invented the concept. Not so much love of country, but rather a jingoistic sense of ‘Hooray for our side,’ that ‘We’re Number One.’ That we should root for the nation simply because we were born here, or decided to move here. ‘My country right or wrong.’ That always seemed to be a thoughtless idea.”

“An idea rather more of team spirit, like in high school, rather than love of country.”

“Exactly. That reminds me of how I felt when we were required to attend those pep rallies. Why am I supposed to believe my school is better than the other guy’s, or that I owe some sort of allegiance to my school rather than the school in the next town over, which was basically the identical thing, with the identical pep rally but for their team. Didn’t add up.

“There has to be a reason to assent to this tribalism, and I can seldom see it. One nation, like one high school, can be better at some things and less good at others. But school spirit or rabid patriotism demands you believe your side is always better, always right, always worthy.

“So, when I hear politicians say, ‘You don’t want to be like France, do you?’ I say, well, yes, I would love it if we were more like France. Or Norway, or a dozen other places where the standard of living is higher than in the U.S., with better health care, safer streets and happier populations. Why am I supposed to believe that the U.S. is the greatest country on earth, when we rank so low in so many categories. Pretty much the only place we are Number One is in having the biggest military.” 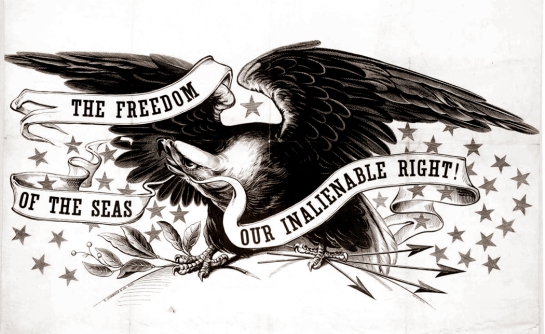 “I see, you hate America.” I was teasing, of course.

“No, but I see a big difference between patriotism and love of country. They are not the same thing.

“The way you can argue with your spouse, or glance at pretty young women, but it in no way changes the fact you love your wife.”

“Yes, very much like marriage. You don’t have to believe your wife can write better than Virginia Woolf, or play piano better than Valentina Lisitsa

or conduct foreign affairs better than Madeleine Albright. You don’t have to believe your wife has no flaws. You may, in fact, love her because of her flaws. It is the same with your love of country.”

“Lately, the right-wing has been upping the rhetoric on so-called American exceptionalism. They want to change the way history is taught in schools, emphasizing the special mission they see for America in the world. They complain that President Obama doesn’t love America enough. It all sounds so high-school, so puerile. After all, every country believes in its own exceptionalism. Is there any nation with more faith in its specialness than France? And Putin’s whole shtick in Russia is reasserting its special place in history. It’s like the Special Olympics: We’re all exceptional. China has its thousands of years history, Tanzania has its cradle of humanity, Great Britain has its never-setting sun, Greece — little Greece, wallowing in economic quicksand — is the birthplace of democracy. American exceptionalism is hardly exceptional.

“And these yahoo Republicans complain if we mention slavery, or the Indian wars or Jim Crow. If you love your country, it has to be warts and all; it cannot be a whitewash job.”

“Yes, if your love of country is summed up by flag waving.”

“But, isn’t there a problem with that formulation …”

“…in that you can love and have that kind of familiarity with a chunk of land and people — say, northern New Jersey, where I was born — but that Iowa or Utah remain as foreign as Northumberland or Brittany? In other words, what is the geographical extent of this love of country?” 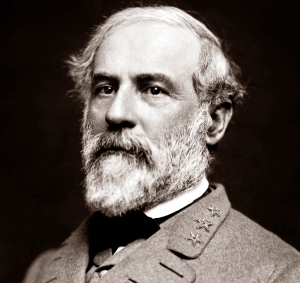 “Robert E. Lee talked about his love of country. It led him to general an army in revolt against the Union; his love extended to Virginia. He didn’t even have much feeling for Alabama or Texas. His patriotism was reserved for his home state. And I expect it was focused primarily in the northern part of the state. One wonders what he would have made of Wise or Norfolk. It isn’t imbecilic “Hooray for our side,” but a deep reverence for the land. But it is the land whose dirt you know between your knuckles when you squeeze it in spring to decide if it’s time to plant.”

“So, you are saying love of country and patriotism are two separate impulses.”

“Of course. And by extension, we have to remember that what we call a country, a nation, is a fairly recent invention. Treaty of Westphalia and all that. Before that, nationhood was defined primarily by ethnicity, unless it was co-opted by conquest and you had to pay your taxes to a foreign invader. Borders were whatever you could defend and were constantly shifting.”

“There was a neat internet animation that showed the shifting borders of Europe from Medieval times to the present; looked like squirming worms on the map. Whole countries appeared, disappeared and reappeared in another location. Poland, especially rolls around the map like mercury on a dinnerplate.”

“And so, your patriotism is a fugitive thing, dependent on the vagaries of time. But this only brings up another dragon to slay. The modern notion of nationhood is defined by lines on the world map: Here is France, here is Indonesia. But all across the world, there are people corralled inside those lines screaming to get out: Basques and Catalans in Spain, Kurds in Iraq and Turkey, Chechens in the Russian Federation, Russians in Ukraine, Scots from Great Britain, Quebecois from Canada, Tamils in Sri Lanka, the Flemish and Walloons in Belgium, Uighurs in China …”

“Driving around southern France and the Camargue, I kept coming across angry graffiti demanding Occitan separatism.”

“… It is everywhere, it seems. Northern California wants to split from Southern California. So, in all this, where does your patriotic duty lie? Are you a Jerseyite, a Northerner, and Easterner, a Tri-Stater, a Yankee, an American, and English speaker, a Norwegian-descent immigrant, a world citizen, what?”

“You can be all those things, can’t you? Can’t you like Jersey pizza and Chicago pizza, too?”

“And what happens when one allegiance conflicts with another? That is certainly what many Southerners faced in 1861. Heck, many still face it. How many times have you heard the extreme right say, ‘I love my country but I hate my government’? Is your love of country based on the dirt you stand on or the government you pay taxes to? Is it all amber waves of grain and purple mountains majesty? Because, you know Russia has those, too.”

“You have made a dichotomy, but really, I see a three-way split. One can feel allegiance to the nation, as defined by arbitrary borders, or to the land you grew up in and know like the breath you breathe, or, thirdly, to the people you know and feel comfortable with. And this third may be the most human, and the most dangerous. When the national borders break down and you swear upon the sword of ethnicity, you get the former Yugoslavia, or the genocide in Rwanda.”

“All of which is why I find the very notion of patriotism toxic,” Stuart said. “A curse on both your houses.”