The German conductor Hans Knappertsbusch summed up the personality of composer Richard Strauss. “I knew him very well,” he said. “We played cards every week for 40 years and he was a pig.”

And yet he wrote some of the most beautiful music of the late 19th and early 20th century. He may have been a careerist, and his relationship with the Nazi regime was equivocal — he clearly despised them, but he nevertheless accepted the job as head of the Nazi musical apparatus. He frequently wrote how he despised Nazi propaganda minister Joseph Goebbels, calling him a “pipsqueak,” yet dedicated the orchestral song “Das Bachlein” to him in 1933 to enlist Goebbels support for extending his copyright from 30 to 50 years. Strauss was always looking after No. 1. 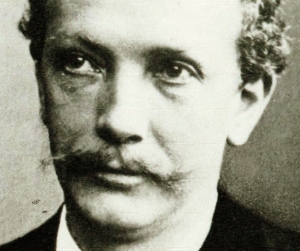 When he took the job as president of the Nazi Reichsmusikkammer (State Music Bureau), Arturo Toscanini famously said, “To Strauss the composer, I take my hat off; to Strauss the man, I put it back on.”

In his youth, he wrote tone poems, lush in orchestration and hyper-romantic in emotional urgency. As the 19th century rolled the odometer over, he composed operas, beginning with Salome in 1905, which took his music in more Modernist and dissonant direction, then mellowing out and writing glory after glory, culminating in that most glorious of operas, Der Rosenkavalier.

But however effective the music at eliciting an emotion in the audience, there is often something reptilian about the music; Strauss is always cleverly manipulative and calculating; one never has the feeling that he is sharing an emotion, but rather that he is the puppetmaster who can control the feelings of others.

Something happened during the war that changed all that. Strauss clearly despised the Nazis — his daughter-in-law was Jewish; he continued to collaborate with Jewish librettists and as a conductor programmed banned music. But the war heralded a Gotterdaemmerung for German music and culture. Around him Strauss saw death, destruction, ruins and devastation. The music he wrote during and just after the war no longer seemed contrived and remote. There is an emotional immediacy to it that was new in his oeuvre. You can see the bombed-out city of Berlin in the soundscape of his Metamorphosen for 23 Solo Stringed Instruments, a profound and moving elegy filled with despair. In contrast, there is the modest, light and beautiful Oboe Concerto written for American oboist and soldier John de Lancie, who contacted Strauss during the occupation after the war and asked him for the piece. It is the masterwork of an aging master no longer needing to prove his genius, but simply expressing it.

But most importantly, there are the Four Last Songs, the final work Strauss composed before his death, at age 85 in 1949. No composer ever wrote a more moving farewell to life.

They were not originally intended as a group. He had written a song setting the poem “Im Abendrot” by Joseph von Eichendorff, and followed that two months later with three settings of poems by Herman Hesse. They were published as a set and ever since have been inseparable. It is impossible to engage with these songs and not feel the tears burn down your cheeks. This is emotion embodied perfectly in sound.

Before he died, Strauss requested that the premiere of the songs be given by soprano Kirsten Flagstad, and on May 20, 1950 at the Royal Albert Hall, she sang the songs, accompanied by the Philharmonia Orchestra conducted by Wilhelm Furtwangler. A recording of that performance, in bad sound, is available.

Much better is the overpowering performance on CD by Jessye Norman with the Leipzig Gewandhaus Orchestra and Kurt Masur.

It is the marriage of music and text that give the songs their power. I felt an overwhelming urge to translate the poems myself, lingering over the German words — words that have such cultural resonance in themselves: “Augen,” “Traum,” Denken,” “Einsamkeit,” “Tod.”

These are words that appear over and over in German lied, German poetry.

I was unhappy with the translations I have come across, often versified in singing versions, so to match the syllabification of the the German and the music. This turns the poetry into doggerel. I wanted to recreate the poems for myself, to make them my own. I give them here, for better or worse.

When I was living through dark,

Rocky places, I longed for

Your forests and blue breezes

Your smells and birdsongs.

Now you have arrived

In all the gleam and equipage,

You know who I am once more,

And you call to me sweetly.

And I give a shudder

As you run through my veins.

The cold rain drains into the flowers.

and dies once again.

Leaf after leaf, the gold drops

From the tall acacia.

At its own dying gardendream.

It lingers by the roses,

And doesn’t want to leave.

Yet its hesitation is really exhaustion.

Slowly it shuts its tired eye. 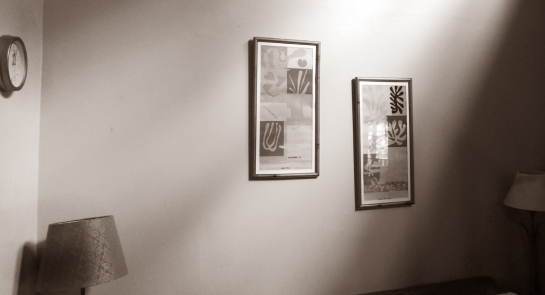 It’s been a long day,

And I need for the night sky

To gather me up in its sparkling arms

Hands, stop your running around;

All my senses now want to sink

Into the cool pillow.

And my soul, in an unguarded moment,

Till in the magic ring of night

It takes on another life, deep and

A thousand times over.

4. In the Red of Evening

Through good times and bad,

We have walked hand in hand;

And now we take a moment’s rest

With the world all before us.

And everywhere, the valleys dim away,

And the details gray out.

You can begin to see the lights below.

half-dreaming into the velveting air.

Come closer to me,

And let them fly over us;

Soon it is time for sleep.

And we must not let the darkness

Separate us from each other.

The peace is wide and still,

Deep in the redness of the western sky.

How tired we are of this need to keep moving.

Is that what death is?