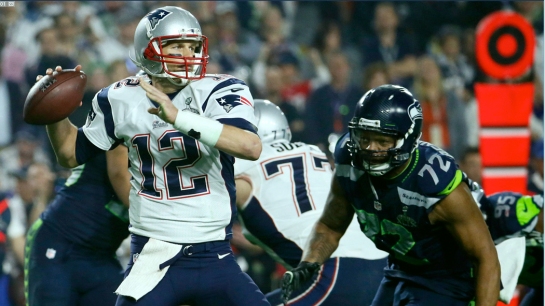 On tuning in to the Colbert show on Thursday, I became unavoidably aware that the new NFL season had begun. Each year, I swear I will not watch any football — It rots the mind. But it is inevitable: I end up watching anyway. There is something hypnotic about it. 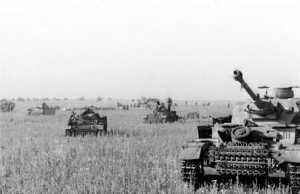 American football is a brutish game in which behemoths pound each other like the tank battle at Kursk, and, as my wife describes the game: “He runs with the ball, he throws the ball, he falls down with the ball.” It really is rather mindless.

And surprisingly dull. Most of the time is spent with nothing much happening on the field and while pickup trucks tell us they are tougher than the other guy’s, while beer tells us the way to a sexy woman’s heart (or pants) is through drinking swill, and through endless network promos for TV shows about terrorists, serial killers and clairvoyant crimesolvers.

I once timed a football game with a stopwatch, starting it with the snap of the ball and clicking it off when the ref blew the play dead. In a three-plus hour game, there was, count’em, exactly 14 minutes and 49 seconds of actual playing time.

Why the American male has the patience for so much downtime, so much dead air, so much palaver by color commentators replaying minor points of how the quarterback is putting too much weight on his front foot — why this is taking up so much of our Sundays, Monday nights and now Thursday nights, is well beyond my ability to comprehend. But there you are, I wind up watching anyway. 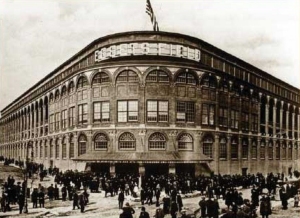 Perhaps my biggest complaint — aside from my own complicity — is that the beginning of the season steps on the feet of the retreating baseball season. Football is no Fred Astaire. Baseball is a game I can actually enjoy watching. I have been a baseball fan from the time before I even entered kindergarten. I would watch Brooklyn Dodgers games on TV when Vin Scully was the new kid, relegated to postgame interviews with the players.

Baseball is an aristocratic game, balanced, thoughtful, elegant. Football, in contrast is a bludgeon wielded by a mob enforcer. I have enjoyed boxing, even hockey, without finding the event as nasty, brutish and halting as an NFL game.

But I bring all this up not to badmouth football, but to discuss the impulse towards conservatism. It is something I discover in my own makeup that confuses me — the ineradicable desire for stability and a disdain of change.

This is, of course, the heart of genuine conservatism (as opposed to the radical loony movement that has coopted the name in the service of what is really a kind of anarchism tempered with religious intolerance).

It first came to me when I realized that watching football on TV, I inevitably root for the team that is older — that I root for any team that was in the original NFL before it became the NFC. Even the original AFL teams, which joined the NFL in 1960 seem like interlopers to me. And expansion teams since then hardly deserve notice as teams at all. Carolina Panthers? Give me a break: Real teams are named Packers, Giants, Bears.

Perhaps there is some rationale for this. In 2011, I wrote a story for The Arizona Republic looking at the history of the Super Bowl and discovered that original NFL teams held a two-to-one edge in Super Bowl wins: 30 wins for the old NFL, 15 wins for the AFL and all other expansion teams. (The ratio has shrunk some since then. In Super Bowls since 2011, only one old NFL team has won: The NY Giants in 2012. This still leaves the old guard with a 31 to 18 edge).

This may seem silly, but what other method can one choose for rooting? Hometown teams make sense, but on “any given Sunday,” as they say, for most Americans, there is no home team. You choose between Tampa Bay and Tennessee? Toss a coin?

This gets back to this unrooted conservatism. For me, there are only six hockey teams: the Rangers, Black Hawks, Bruins, Red Wings, Maple Leafs and Canadiens. I don’t know how San Jose ever qualified; it’s a joke.

In baseball, my first love, I always root for the older team, and if two old teams are playing, I root for the older league — yes, the American League is a parvenu, still. There are subtleties to this system; a franchise move bumps a team down several notches, so the Dodgers and Giants each have a penalty attached: They moved; if they were still playing in Ebbets Field or the Polo Grounds, they would still be at the top of my list, but they betrayed us (yes, I grew up in the New York area). But still, if the Giants are playing the Marlins, I root for the Giants.

This is a finely met system of game watching. One has to choose a team based not on current talent, but on history. It is a system prejudicial to Cincinnati, Boston, Chicago, Philadelphia, Pittsburgh, St. Louis, Cleveland and New York. And against upstarts such as Tampa, Denver, Anaheim and what? Arlington, Texas? Oy.

This all might be taken as ultimately frivolous. How seriously can you take sports teams? And rooting (quite apart from gambling on teams, which I never do) is completely irrational. Especially in these days of modern times when favorite players shuffle around the league in trades and free-agency, faithfulness to any one team no longer makes any sense.

Each year my team seems like the luck of the draw and any reason to favor them above any other team is quite unfounded. 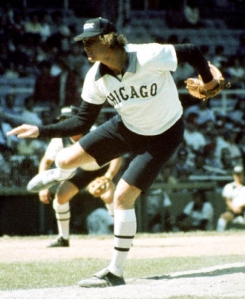 Yet, there is this deeply imbedded need to root. One team over another, underdog against the bully, home team against the visitor, well-designed uniform against the cartoon version (how anyone can root for the brown camouflage of San Diego is beyond me, and remember the 1976 White Sox? — a travesty.)

And that is where this mysterious conservatism comes in. There is buried in me — as in many people — a desire to keep things as we have always known them. We are comfortable with the familiar, and what is more, they world as we came to know it when we were young seems to possess a legitimacy that novelty lacks.

This is despite the fact that change is often necessary and often makes things better for all of us.

A good deal of conservative backlash against things such as affirmative action have as much to do with the comfort of a familiar past than it has to do with overt racism.

I don’t deny the racism, but conservatism isn’t only racism; it is also a profound discomfort with change. Even change for the good.

And although no one takes precedence over me in my distaste for what I call “tin-foil-hat” Republicans, and the continued institutional racism of so many national traditions, I have to say that somewhere, deep down inside myself, I can have some inkling of understanding for the source of this disquiet.