Back in the year 2000, it is day 4 of the Palm Springs International Short Film Festival, for which I am one of six jurors. These were my notes at the time.

Each day is a constant challenge to organize. The films I need to see to judge are scattered through mixed programs, some of which overlap. To catch up on the films I miss in the theater, I have to go to the Festival office to see on video. But sometimes the time it takes to watch the videos cuts into the next theater session, meaning I have to catch up all over again. It is a never-ending task. At the end of today, I have seen 74 films to judge, and many more outside my categories. By the end of the festival, I will have seen 91 of them.

I am becoming glazed over with short films. I can hardly tell them apart anymore. Sensitive guys learning to be gay, assertive women learning to be shallow, lesbian grandmothers teaching their grandchildren how to be themselves, men in flophouses learning to wear gold lame.

I should say something about the other jurors. We met at the beginning of the festival, but because we are seeing different categories, we rarely come across one another now. Except when we meet at the Festival office and jockey for video stations to watch films. The stations are prioritized. Jack Ofield likes the one in the carrel, separate from everyone else. Only one can sit and view films there.

The largest screen is in the east viewing area. It is usually chosen first by whoever is there. It is a mini theater and many can pull up chairs and watch.

A conference room down the hall has a small TV with a built-in VHS player. The chairs in that room are hard and the lights a little glary and the video player has no remote, which means we cannot pause during the credits to read something.

Finally, in the back of the office is the dubbing station, used by the Festival staff to copy tapes. The set is tiny and only plays mono sound, so some tapes sound like crap in it: You only wind up hearing one track of the stereo sound.

Jack is in my category, but he is an odd squirrelly fellow with shaggy hair. He’s about 60, I would guess, and is here with his wife, although we never see her. She has the car, so Jack is always bumming rides from here to there. He has a kind of lost look in his eyes and so far has been very good at not tipping his hand.

He has a PBS show called The Short List and obviously sees a lot of shorts. He also teaches filmmaking at San Diego State University.

We talked briefly about the Documentary category today, since we saw the last of them. It sounds as if his tastes are wildly different from mine and we agreed to meet for breakfast to discuss the category. He really liked the flophouse film, which I thought overlong and rather ordinary. We’ll have to see how it goes tomorrow. 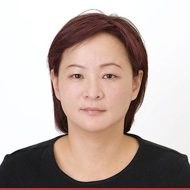 Sharon Wu is a film instructor at the California Institute of the Arts and has been a judge at Palm Springs for at least 4 years now. A recidivist.

Every time we have gone to the office to watch videos, Wu is there. It seems as if she must watch all the films on tape. She is about 40 and just had a baby, which she calls the first baby of the Palm Springs Short Film Festival. She is well liked by all and a genuine regular.

Selise Eiseman is director of programs for a group called Women in Films. She is married and a mother, thickly built and seemingly humorless, although I haven’t really had enough exposure to her to say that with assurance.

Andy Friedenberg is a shaved headed guy who is director of the Cinema Society of San Diego. He seems jolly and connected. He reminds me almost dead-on of Evan Handler on It’s Like… You Know.

(Outdated reference note from 2016: Handler was a regular on many TV shows more recently, including Californication and as Alan Dershowitz on American Crime Story: The People vs. O.J. Simpson. But if the ref is too arcane, let’s just substitute Howie Mandel.)

Finally, Norman Gerard is a producer, writer and director of films. He talks like an industry insider, and is quickly dismissive of anything that seems to him to be a demo tape for an actor, suspicious of anything done on video instead of film, and he has that slightly curdling quality of the inappropriately intimate — you know, the kind of guy who calls me “Dick” the first time he meets me, or like the waiter who tells you his life story. 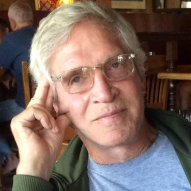 Fred Linch is the jury-meister, and is always lining us up with parties to go to when we have no time, or interviews with reporters who never call or get-togethers with filmmakers and studio people when I have to be at a screening. He is big bellied and jovial, with a gravelly baritone and — as I mentioned before — one missing front upper tooth that he seems unaware of.

I’m sure I must seem just as odd to them, always coming to screenings or office viewings with my wife. Carole and I are pretty close to inseparable. I rely on her taste and judgment, but I think the other jurors are perhaps a bit dismissive of her, telling her places she might like to visit while I judge films. Shopping malls and spas — you know, girl things.

Little do they know Carole.