“Do you know where you come from?”

“No, I mean where your people come from.”

But that’s not what Stuart meant.

“I mean originally,” he said.

“Then, I guess, the Rift Valley in Africa.”

“But after that. What ethnicity do you identify as.”

“Well, everyone in my family is Norwegian. But the Nordic people migrated there from elsewhere before that.”

“And how far back does your family tree go?”

“I’ve never really thought about it much,” I said. “My grandmother’s old family Bible — in Norwegian — has people listed back as far as my great-great-grandparents. Or at least some of them. Not all 16 of them.”

Stuart thinks about a lot of things. And when he starts off, there’s usually no stopping him. We turned a corner onto his street. The air was turning into winter.

“It began because Genevieve has been watching these genealogy programs on TV. They seem to be enormously popular. They take a celebrity guest and trace their family history to answer questions that the guest has about his or her past — things that perhaps their parents never talked about. Where did Grandma get that tattoo? Why did our family leave Serbia? They sometimes find out that their great-great-great-great-great grandfather was thrown in debtors’ prison during the Glorious Revolution, or some such thing that amazes them.”

“Yes, I’ve seen those. Henry Louis Gates does one on PBS and I’ve seen a British one on YouTube. They can be fascinating.”

“But I’ve noticed a problem that is never addressed, although, maybe it can’t be. Genevieve accidentally pointed it out once. The family trees they come up with are always piecemeal, and they tend to follow the family name, which means the father’s father’s father, on and on. Sometimes they do the mother, too. But then if it continues, it’s the mother’s father and his father. They get hung up in the family name.

“It makes it seem as if a family tree has a certain neatness to it,” Stuart said. “And if they find something notable in the past, it seems as if there is a direct line, say, from Charlemagne to them. As if a family line were a simple thing.”

Stuart had worked a good deal of this out, he said, and when we got to his house, Genevieve had dinner ready.

“She sure can cook, for a violist,” he said. Genevieve did not seem amused.

Later, he brought out his paperwork. He laid it on the cleaned off table. There was a good deal of scribbling on it, and a lot of numbers.

“You have to do the math,” he said. “You start of with 1 — that’s you. You have two parents. They each have two parents, making four grandparents. The numbers pile up. You have eight great-grandparents. Keep doubling the number for each generation. By the time you get to five ‘greats’ you have 128 people dumping their DNA into your birth cauldron.”

That makes doing a full family tree rather busy with names — even if you could track the names down. You don’t really know the names, Stuart said, but the math remains certain.

“One thinks in terms of great old Pop-Pop, or Nana, and maybe you have in mind their parents or grandparents, but it is always a manageable number of people. A number you might know — they are people you can know the names of.

“I thought of how many years this might encompass,” he said. “And as an average — and average only, because, of course, there’s a lot of variation, but as an average, I think this works. You take a generation to be 25 years — it makes the math easier and we’re only doing this for illustration. But if your parents were 25 when you were born, and your grandparents were 50, that makes your great-grandparents 75 at your birth. Again, this is only for illustration. My great-grandmother was actually 82 when I was born.

“That means there is 100 years to your great-great-grandparents.”

“OK, I’m buying it so far. But,” I said, looking down at the papers he had spread out, “that leaves us with 16 people to keep track of. Sixteen in a century seems doable.”

“Let’s go back to the 1260s, when Chartres Cathedral was dedicated and Kublai Khan was emperor of China. That’s when you now count a billion people as your ancestors. With a ‘B’ — actually, 1,073,741,824 people, all of whom were necessary for the production of the zygote that became you, sitting here, eating Genevieve’s lasagne.”

Stuart was starting to get a little excited. His eyes were taking on that glow I recognized all to well.

“You only have to go back 33 generations to a point that you have more grandparents than there are currently people on earth. Here it is, 400 years after Charlemagne and you have 8,589,934,592 ancestors. Seven more generations — that takes us only to about the turn of the first millennium and you have already needed a trillion ancestors. It starts to get really ridiculous.”

He pointed to his calculations on the paper again.

“This means that it is mathematically certain that you share an ancestor within the past thousand years with everybody now living on the planet. There’s no escaping that fact. So, you may not be a direct descendant of Charlemagne, but you are related. Since there needs to be more people than are available in order to sire you — more people required than exist or have existed on earth — it necessarily means there has to be a great deal of cross-breeding, making everyone cousins of a sort. Alle Menschen werden Brüder, as Beethoven said.”

“Maybe we should say, ‘alle Menschen sind Brüder.’ Make it present tense,” I said. “But when you mentioned ‘cross-breeding,’ it brings to mind what happened when Carole wanted to track the origins of her family.” 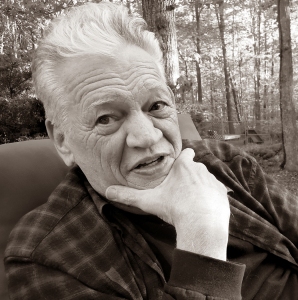 My late wife adored her father and loved everything about the Steele family. To discover the origin of the family, her brother, Mel, took one of those Y-chromosome tests. The Y-chromosome is passed down from father to son across the generations. When the results came back in the mail, there was at least one anomaly.

“We learned that surname and DNA are only tangentially related,” I said. “The DNA descends from father to son, but maybe not the surname. The Steele family always said it was originally Irish. But it is an English name, possibly Scottish, and everyone was Protestant. In the U.S., they lived in the Appalachians and so we assumed they were Scots-Irish. Along with the complicated information about haplogroup, there was a list of other men who had taken the test who matched up with the Steele DNA. The most recent names were indeed Steele. But going back in history, the Steele name disappears and is replaced with the name Driscoll. The oldest Driscolls on the list came from County Cork, in southern Ireland. 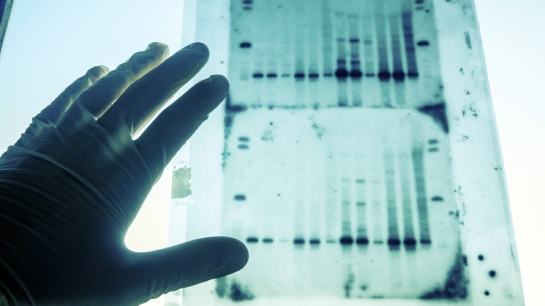 “What we figured out is that at some point — maybe in Ireland, maybe after they emigrated to America — a Steele woman either had a baby out of wedlock to a Driscoll, or a Steele wife had an adulterous affair with a Driscoll. So, the Driscoll DNA settled, cuckoo-egg style in the Steele family line.

“It taught us not to be too cocky about the nominal lineage you work out through genealogy. Just because someone is married, doesn’t mean the husband is father to the child. There must be a lot of this kind of misdirection over the centuries.”

“And also,” said Stuart, “You should be as aware of the many other contributors to your genetic make-up, and not so focused on the genes stumbling down through your father’s line. It’s only one of two parts, or of four parts, or of eight, or, well, you get the picture.”