Many years ago, when I was still a student at Guilford College in North Carolina, my Classics professor was one of those friendly, inviting pedagogues who invited students to their homes for dinner or conversation. And one of the things she said at the time that has stuck with me is the idea that we all have some “ideal” age we always remain.

She is now 88. I met her again recently, but I forgot to ask if she still feels the same. From other things she mentioned, I take it she does.

My wife always said she thought of herself as her nine-year-old self. She always maintained that openness to the world that she had at nine.

I have had a different experience. I cannot find an “ideal” age. That is because I can’t think of my mind as having any age at all. I am not philosophically a dualist. I don’t believe my brain is separate from my body; I believe my body generates my mind. But while my body bumps through time, my mind sails on frictionless.

I recently wrote about this concept of “self” for my other gig, a monthly essay I write for The Spirit of the Senses, in Phoenix, Ariz. (link here). 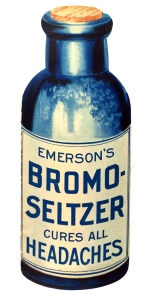 Last month, I turned 70, but my brain doesn’t feel any older. It isn’t that my brain feels young, but rather that mind exists in a consciousness that takes no note of age: It simply exists. My mind feels no different now from when I was young, except perhaps a bit more full (sometimes I feel like I need a metaphysical Bromo), but it is aware that it occupies a body that is losing its vitality, whose knees hurt, whose eyes are rheumy and whose hams are weak.

Several people have asked if 70 feels any different than other bookending birthdays.

Oddly, yes, 70 does feel different from 69. I don’t know why. The only two odometer clicks that have had any meaning are first, when I turned 21 and believed against all evidence that I was genuinely a “grown-up” — I could drink, vote, sign contracts, and brag — and second, a month ago, when I turned 70.

When a car’s odometer flips from 69,999 to 70,000, it can happen on a trip to the grocery store. It is that meaningless. The car knows no difference. On Jan. 11, I was a mere 69; a day later, I was Methuselah. The flow of time is steady, but our clocking of it comes in ticks. That most recent tick was loud.

The fraction through which I see my lifespan has flipped upside down: The numerator is now the denominator. In other words when I was 20, I was one-fourth of my allotted life expectancy — a 1 to 3 ratio — and now seven-eighths of that time — a ratio flipped to 7 to 1. The numbers are hard against me.

I can count a number of people my age who aren’t my age anymore because they stopped aging. Others are in the process of winding down to the final broken watchspring. It’s one of the universal experiences of getting old: reading the obituaries of those you have known, those you have cared about. I keep losing context.

All this is psycho-mological,  because, except for the weakness of hams, I’m in relatively good health, and I was handed decently good genes. But 7 to 1. The math is solid.

So, pace Professor Deagon, pace dear Carole, I do not feel mentally 25 or mentally 9. I feel physically 70: the same a-chronological mind in an unquestioningly aging heap of meat.