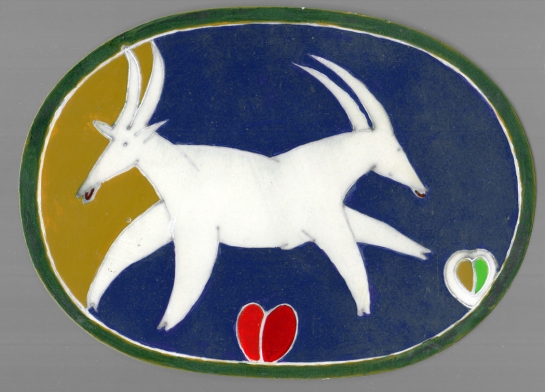 I make no claim of wisdom. In fact, the older I get, the less wise I feel. But I can claim, at the age of 70, to have amassed a life of experience. I have been through a lot, from the turmoil of the 1960s, divorce, near homelessness, the death both of a brother and of my late espoused saint. I have been both unemployed and had a successful career and traveled three continents. Finally, I have grandchildren and see with trepidation into the 21st century, beyond my time here.

And it is that last that gives me pause. If there is one regret that haunts my senescence, it is that all the experience I have lived through can never be transmitted to the twin granddaughters that I love. Sure, I can tell them things, and perhaps some of what I tell them helps. More is surely ignored — I know I ignored the importunings of my elders when I was their age. It cannot be otherwise. When I was young, I knew so much; now that I am old, I know so little. They certainly see that in me, now that they are 18, headed off to college and know so very much.

But it isn’t advice I am talking about. I am talking about the impossibility of transferring experience. From my brain, from my heart, to theirs, of for that matter, to anyone. A whole life of accrued sensation and false step, of battering and acceptance, of the shiftings of love and the devastation of failure, the afflatus of joy and the satisfaction of doing good work, remains bottled up inside me — and inside everyone.

I am reminded in this of the soldier back from the war, with the thousand-yard stare, who can say in words what he has been through, but can never actually share the reality of it. The horror, the horror. So many, like my own father, a veteran of World War II in Europe, never talked about it. When he was old, I tried to tease it out of him. I asked questions about his war experience, but he always deflected. I know at one point near the end of the war, that 11 German soldiers walked out of the woods to surrender to him. But as far as he was concerned, he had no part in that. It was just something that happened while he was there. He avoided ever talking about the war and when pressed, made light of it, in a way that made it clear there was little lightness about it at all.

Things of the magnitude of war and destruction cannot be adequately talked about. You had to be there. And having been there, you never wanted to be there again, even in recollection.

I had a similar experience when my wife died. There is no way to express the enormity of the loss, or the singularity of the experience. There were many who expressed sympathy, and I greatly appreciated those words intended to comfort. But they cannot know what it was like. Is like. In no way. The only people I could truly commune with were those who had also lost a mate. They had been through it, too. They understood. It is a kind of brotherhood.

The actual complexity and depth, the horror and devastation of it cannot be conveyed in mere words. The experience of it is different from language. It is the biggest event in my life, and remains so a year and half later.

In the same way, all the years that have been poured into and out of my body and my psyche can not be expressed in words that begin to touch the heart of it. Language is a parallel universe, a train out of whose windows you may watch the world pass without having the need to experience it. The real thing is bigger, inexplicable, devastating, body-filling, rich, dense, multifarious and always connected, piece to piece in a larger and larger construction, which is me. Or you.

It is the final frustration of life that all that history buried in my mind is stuck there, doomed to die when I do. In a way, all that learning I have amassed is ultimately pointless; poof, gone.

I am aware of the irony: I made my living as a writer, and words are my only useful tools. But no matter, I have always felt the inadequacy of those ink squiggles on the paper.

I am reminded again of those lines in Andrew Marvell’s poem, The Garden: “The mind, that ocean where each kind/ Does straight its own resemblance find,/ Yet it creates, transcending these,/ Far other worlds, and other seas…”

The idea being that inside us is a world actually bigger than the outer one. It takes it all in and creates even further, making connections not obvious, building from imagination “far other worlds and other seas.”

“Annihilating all that’s made/ To a green thought in a green shade.”

And it’s the “annihilating” part that digs at me. I have no fear of death — after all, I was not afraid before I was born; non-existence is a neutral state (of course, like Woody Allen, I don’t want to be there when it happens). Like Herman Melville told Nathaniel Hawthorne, “I have pretty well made up my mind to be annihilated.” But all that life, all that experience of which my cup overfloweth, will ultimately count for nil. That is the part that vexes me.

I want to make the twins’ lives easier, happier, with less of the pain and frustration that comes to all of us. I want to impart to them the equanimity that age confers, but I cannot. No one can. All that experience is ultimately wasted in me, moiling about inside with no escape. No purpose, no benefit. It is life’s greatest frustration. And I feel it intensely.