Stuart came up to me excited about a book he had just read, explaining an Asian philosophical system.

“It was written in the 16th Century,” he tells me. “By a Buddhist monk in southern China. It is a largely forgotten offshoot of Mahayana Buddhism, with a heavy dose of Taoism, a bit of Tantric Buddhism thrown in, and just a touch of Vedantic philosophy, although heavily filtered by Confucianism.”

“It’s known as the ‘Way of the Seven Effluents,’ although it is sometimes called the Seven Exudations.”

“Yes,” he says. “It’s always fun finding the way so many Asian religions, or philosophies like to number and count. Like so many Scholastic philosophers in the Middle Ages. They had the Seven Deadly Sins and the Nine Rings of Hell, but in India and China they counted up the Four Noble Truths, the Eightfold Path and the Five Ranks, The Four Invisibles, the Four Dharma Realms, the four Varnas and the thousands of numbered sub-castes, the Eight Immortals, the Four Moods of poetry and art.”

“It can get quite bizarre,” I said. “I remember reading the Kama Sutra when I was in college and it numbered all the possible coital positions, as if they had been catalogued by Linnaeus. We’re confusing several religions and philosophies here, of course — India, China, Tibet, Japan — but there does seem to be a shared cultural compulsion to count and divide.” 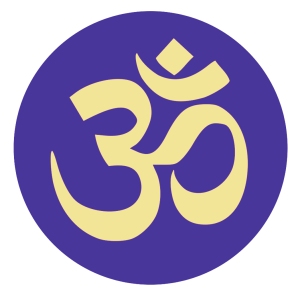 “It shows up everywhere,” Stuart said. “Like Lao-tzu wrote: ‘The five colors will blind sight; the five sounds will deafen; the five tastes will spoil the palate.’ Number, number, number. Have you ever tried to read any of the Upanishads? Lists and divisions. It can be overwhelming.

Well, Hsing Tao has his own list,” Stuart continued. “He lists the seven substances produced by humans which exit the body to enter the world. They each have a function for the proper ordering of the body and its organs, and a function in the larger world they enter.”

“These are actual things?” I asked. “Or are they like the subtle substances of Eastern philosophies, the seven chakras — real but not corporeal?”

“No, they are quite real, quite ordinary, really. Interesting you should mention the chakras, because there is some similarity with the effluents, although not strict. Actually, kind of vague.

“But they are — starting from the bottom of the body, quite literally —  feces, urine, semen, sweat, saliva, mucus and tears.”

“Not a part of this system,” he said. I’m sure there are other possible exudations, but these are the seven.”

“So far, the thing that stands out is how male-centric this system is. It includes semen, but not milk. Does Hsing Tao not recognize the other half of humanity? And what about the monthlies? Do they not count as an ‘exudation’?”

“I’ll get to that. But it is true. Still you should remember that most thought systems worldwide either don’t take women into account at all, or place women in some lower position. Let’s not be so proud about ourselves. Did you see the recent study that showed that medical trials almost never take account of women’s bodies, but study only men, as if women were somehow aberrant. But Hsing Tao does make allowances for women. I’ll get to that in a moment.” 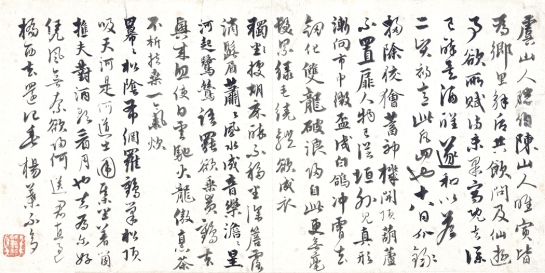 “As opposed to external emotions?”

Stuart was not put off by my sarcasm. “Yes,” he said. “Emotions, according to Hsing Tao, are a substance that can expand inside the body, rather like a full stomach, and when the pressure inside is too great, in times of great sorrow or joy, the pressure equalizes through weeping. It is really a very mechanistic philosophy, at least for an Asian system.

“It is a machine, sort of, which processes food into feces and the leftovers must be eliminated. But here is where the public functions of the exudations comes in: Collected ‘night soil’ fertilizes the crops for all of us.

“Hsing Tao is quite forward looking when it comes to pee. Most of us tend to think of kidneys cleaning the blood of toxins, but the most important renal function is to keep the water pressure inside our bodies even. For Hsing Tao, you drink to keep the body from drying out, and you urinate to keep things evened out, so the body does not become turgid.

“Saliva turns solid food, with the help of the teeth, into semi-liquid chime that we swallow and digest. It is also used to solemnize oaths. This is something that seems to happen around the world in most cultures. We spit in our hands or spit on the ground to seal the deal or punctuate a curse. Thus, a public function for an otherwise personal substance.

“Mucus is a bit trickier. For Hsing Tao, it moistens air so that when we breathe, we do not dry out our insides. This is also part of the process of isostasis. Lungs must not dry out, or they will get leathery, according to the book.”

“Fine, but what about women? Surely a philosophy cannot allow only men to populate its street corners.”

“Most Asian philosophies see the introduction of opposites as a product of maya, or illusion. Just as in Galatians, the apostle Paul says that in Christ “there is neither male nor female,” in Hsing Tao, the ultimate reality is neither male nor female, but as in the Tao Te Ching, “The unwrought material, when divided and distributed, forms vessels,” or in the world of phenomena, the one divides into the many and as it arises from the void, humanity divides into male and female.

“In the third chapter, or sutra, or whatever you want to call it — the third canto — the author makes the equivalence between semen and milk. They both bring forth life, semen from the male, milk from the female. Both necessary for the propagation of the species.”

“And, of course, semen is usually rather milky.”

“You mock,” Stuart says, “but in fact, Hsing Tao makes this very point. He seems to think that they are the same thing, but one endowed with maleness and the other with femaleness, and therefore a mother’s milk cannot inseminate another woman.”

“This is all very weird. But there is still another body output you haven’t mentioned. And it seems rather important. Certainly more than mucus.”

“You mean the menses. I’m afraid Hsing Tao doesn’t count that among the exudations.”

“For us, yes, but for Hsing Tao, the expulsion of monthly blood is not a simple product of body function, like the others, but a physical embodiment of a spiritual conception. It’s not like any of this is, by modern terms, scientifically defensible, but in his scheme of the cosmos, the monthly cycle is the work of the gods — or the void — and when a woman is not pregnant, the spirit invested in her has no fetal body to enter and so is expelled and it takes blood with it.” 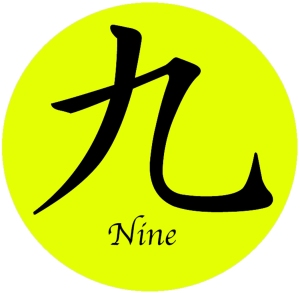 “I’m not sure why this doesn’t count, though, as another exudation. Why is it not included? Why are there not eight — or for that matter, nine — exudations?”

“What? You want any of this to make sense? What religion or philosophy you know of makes any sense at all? Any of them breaks down at some point. Humans try to regularize the world and make sense of it, when none of it makes sense, at least not in any way the human mind can surround.”

“Then why bring it up in the first place?”

“I like to see different ways the world can be organized, the way we have fought against incoherence, found patterns where none exist, insisted that somehow, it all makes sense. Every schema breaks down at some point. Every ideology is provisional, ever solution a transition.

“When we look back through the history of ideas, what we see is constant change, or rather, constant replacement of currently accepted ideas by ideas that seek to clarify the obvious shortcomings of the previous. People like to think that this change, like the change in art styles, is propelled by mere fashion, but really, it is dissatisfaction with the version we were born into and an attempt to fix it. But the fix is always just as partial as the inherited belief.

“I like to see these earlier ideas as all equally true, in some sense, out of a humility that our current understanding is finally the right one. The four humors? The four elements? All previous creation myths? All some version of the partial truth. And so, I think of Hsing Tao.”

Stuart went on. “In this sense, at least. It feels as if we are always trying to alleviate the internal pressure of our bodies, or our feelings. The human being is expansive and the body cannot easily accommodate the fullness. So, if we see Hsing Tao as metaphorical rather than medical, there is truth in his philosophy. I know, when I have an idea, I can’t wait to let it out.”

“So, I see,” I said. “You have forgotten the most important ‘exudation.’ The one for which you are the patron saint.”

“What is that?” Stuart had a quizzical look on his aging face.

“The thing your body most expresses are words. Words words words. Speech is also something that leaks from the body. And perhaps, in your terms, the most important pressure valve for that internal build-up. Which leads me to the obvious.”

“That there is no book. No ancient book of Asian philosophy. This is all a figment of your imagination. A great joke you play with yourself. You made up Hsing Tao, didn’t you?”