Part 7: In which the author’s belly bursts 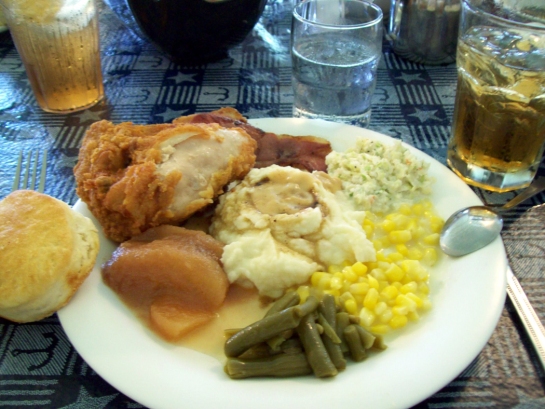 ‘Forty-five years ago, I broke out with a most terrible skin disease all over me, which remained on me seven years, supposed to originate from measles; I also had indigestion, and the last two years of that seven years, I had a bad cough. I had bleeding of my right lung and had nightly sweats for two years.”

How’s that for an appetizing advertisement for a good restaurant?

It is the opening of a testimonial written by Martin Shatley in 1925 about a radium spring he discovered in 1890 in northwestern North Carolina that miraculously cured his ailment.

”It has been about 35 years since I found the spring and got well. I have done as much hard work since that time as any man I know of, and after I was cured, many people went to this spring with skin diseases, rheumatism and nervous diseases, and were all cured.”

People still come to Shatley Springs in Ashe County, and they still drink the water. But most people don’t come to have their afflictions cured, but rather to have their hunger assuaged. 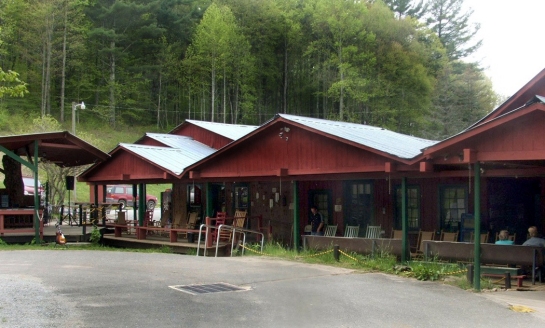 For while the radium water still flows freely, and free — anyone can drive up with a bottle and fill up — it is the restaurant at Shatley Springs that is the real miracle.

Shatley Springs is on North Carolina 16, five miles north of Jefferson and eight miles south of the Virginia border.

It is found in a grassy hollow with a fishing pond in the middle. Around the pond are a handful of ramshackle cabins.

Their floors creak and the breeze blows through the walls; a single, 100-watt bulb hangs in the middle of the ceiling in each room. There is nary a picture on the wall, and the exterior red paint is flaking off the clapboard.

It is spartan in a way a Spartan would never tolerate. But then, the room costs only $45 per night for two. And the air is cool and clean, and you can hear the birds in the trees and the rustling leaves. There is no interstate, and the quiet is salutary.

But walk up to the large, red ranch house with the roaring kitchen fans. Screen doors slam and ruddy-faced people laugh and talk as they always do in the North Carolina mountains.

Dinner is the specialty of the house. If you need to save money, you can opt for the single entree dinners. Fried chicken is $7.95, country ham is $8.95. But I’ve never actually met anyone who has ordered them.

No, the meal of choice is the ”Family Style Country Meal,” which gives you, for an outrageous $16.95 per person, enough food to bloat an army.

There are ham and chicken,

And your choice of fruit cobbler with vanilla ice cream.

All washed down with radium water and iced tea as sweet as molasses.

And refills on everything, if the first round doesn’t rupture your diaphragm.

This is all Blue Ridge cooking, so the vegetables are all fresh and boiled with fatback or bacon and set down in front of you in bowls. This is not ”lean and healthy” cuisine, but it is real eatin’.

People walk into the large common eating area, but they waddle out. On the long wooden porch that runs the length of the building, old-timers sit in rocking chairs, smoke and chat with their neighbors.

And if you do stay overnight and manage to right yourself for breakfast, the family-style breakfast — which will set you back $9.95 — includes cereal, juice, eggs, bacon, ham, sausage, gravy, biscuits, hotcakes, potatoes, grits, baked apples, strawberry preserves and coffee. That’s not a list of possibilities to choose from; that’s breakfast. You get them all, set down on an old wobbly table by a bustling waitress.

NEXT: The Central Appalachians