A friend just asked me what I think will be the ultimate end of the computer.

It’s a good question and although there have been many entertaining science-fiction answers to that question — mostly involving supercomputers developing artificial intelligence to a point the computer no longer needs humans to operate it and thus enslaving humankind — the real cyberuebermensch — what came to my mind was something else.

And that is that the computer — and by extension the whole cyberworld — has no throat. No pancreas, either.

That is, in the eternal division we idiot humans have made between mind and body, the computer is all mind and no body. Not even the beige box can count as a body, when we can download the whole brain on a thumbdrive and move it over to another interchangeable box.

No, the computer is the final version of the mind existing for itself alone.

And that, I think, is where we will finally recognize the limitations of the computer.

After all, why did intelligence evolve? It developed to help our bodies survive. The smarter animals were better able to get food, protect themselves and their young, and know when to move to a new neighborhood when the ripe bananas gave out. In other words, the mind is the servant of the body.

In the computer, however, the mind serves only the mind.

Sometimes our human brains forget this simple fact and think that our bodies exist to cart our brains around from place to place, that it is the function of our bodies to turn the pages in the books, or to push the buttons on our remotes or shuffle our computer mouse around.

Our brains have everything backward. In fact, our brains were created by our bodies to serve them. 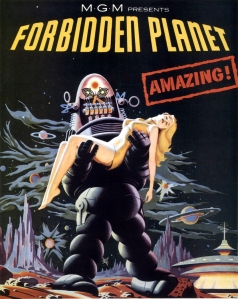 What can be the function of a brain without a body? To serve only itself, a function that is ultimately trivial, narcissistic, onanistic and pointless.

Because we live in a media-saturated culture, we think that the purpose of intelligence is to amuse us, keep us entertained. We use our minds to fill out crossword puzzles, write books and split the atom.

In essence, we are spinning our wheels. And we invent computers to spin our wheels even faster.

Please don’t misunderstand me. I’m not against computers. I love my iMac; I even love the blank-faced golem I face every day on which I write these words.

But ultimately, humankind will come face to face with the problem of being chunks of meat walking around. And the computer, as glorious an invention as it is, is irrelevant to our physical lives.

Oh, I know that our air-conditioning is controlled by computer, and that we wouldn’t be able to fly from Phoenix to Boston without them. The computer is a tool, and a useful one.

But when it comes to the future of the computer, we will have to recognize that mind and intelligence are not ultimately what life is about, and that the computer, which makes our lives both easier and infinitely more complicated, has no voice on the subject.

The expectation that the computer will eventually grow into artificial intelligence is likewise an irrelevant question.

But they have it backwards. Body really carries machine

Artificial intelligence is hotly debated between those scientists who think the human brain is inimitable and those who think it is merely a mechanism.

They are both missing the point. The problem with artificial intelligence is that it serves no purpose. It is really just one gigantic mega-New York Times crossword puzzle for scientists to play with.

Meanwhile, our pancreases and our throats keep us alive.