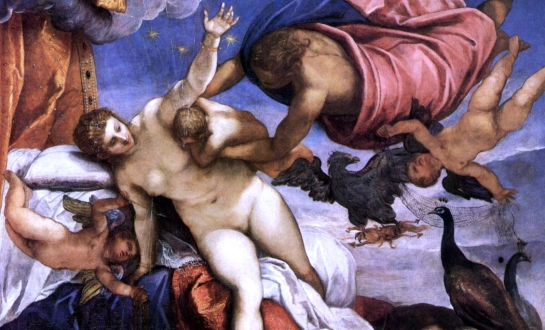 I recently wrote about the Bible as part of our cultural heritage, along with Ovid, and the importance for our younger readers to be familiar with both of them, since they provide such an important resonance for so much of our art and literature. Not simply as footnotes to explain some obscure allusion in some poem you are studying, but as a kind of foundation layer — a diapason for everything that has followed and sounding deeply underneath it.

I received one rather snarky comment complaining that my piece was characteristically over-weighted with Western culture, and that I should have also mentioned non-Western writings.

My reader, I think, had rather missed the point. I was talking about the Western culture we were born into. I was not making a value judgement that ours is necessarily better or more important than others. But I was not born into the Chinese, Indian, African or Native American cultures.

I have always encouraged the widest possible exposure to the rest of the world. I have tried to read widely in other cultures, and to familiarize myself with the art and music of other peoples.

But there are two problems inherent in the criticism my misguided reader has leveled at me. This is not to exculpate myself — I do sometimes overvalue my own culture — but rather to point out some serious problems with trying to be too cosmopolitan. I wish I could embrace all times and all cultures, and god knows, I have tried my best. I read widely, whether the Mahabharata or the Tao Te Ching; I have studied the development of Chinese landscape painting and the impenetrable glyphs of Mesoamerica; I have attended Chinese opera; I watch the new cinema of Iran. I traveled to South Africa to study contemporary art there.

One should be familiar with the Popol Vuh, with the Egyptian and Tibetan books of the dead, Gilgamesh and the Shahnameh.

Still, there are insurmountable problems with the whole idea.

The first is that no matter how much I study, how much I learn — even if I were to get my Ph.D. in the Fu poets of China and were able to read them in their original language — Chinese culture would never be native to me. Culture, like language, is acquired, not learned. And just as it is impossible after the teen years to acquire a new language as a native tongue, no matter how well you learn that new language, you can never fully absorb a non-native culture. You will always know it from the outside.  Its idioms are elusive.

So, the sort of resonance I wrote about — the unconscious undertones you pick up when reading in your own lingua that deepen your emotional understanding of your text — you can never fully acquire in a culture you study later in life. Deep as you penetrate, you cannot soak it in the same way a Chinese child, or an Indian child soaks in his own.

Related to this is the second problem.

Lord knows, Europe has a lot to answer for historically. And those who bemoan Western culture use the counter-example from some other culture to make the point. The problem with this kind of cultural self-loathing is that it ignores the simple fact that it is not Western culture that creates the evil, it is human beings that do so. Every culture has its evils to answer for. Europe may, in the past 500 years been dominant, and have a list of sins more immediate in our cultural memory, but we should never forget that all cultures are made up of humans, and humans do and have always done reprehensible things. 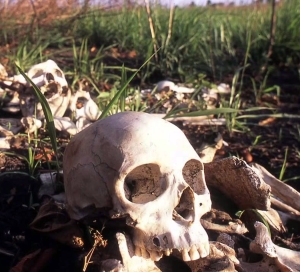 I once made a study of genocides, and which religions have been responsible for the largest portion of them. Turns out they all have their murders. The religion least likely to turn on others is Buddhism. Yet, even they have their share; not the least is the current situation with the Rohingya in Burma. So, historically speaking, no one escapes blame. Before Columbus, Native Americans were not living in peace and amity: They were killing each other. China had Mao; Cambodia had Pol Pot; Rwanda had its Tutsis and Hutus. Humans red in tooth and claw.

The romanticization of other cultures leads to some utter silliness. I never cease to be stunned by all the “harmony with nature” blather about American Indians, as if they, as a group (and not a hundred different languages and cultures), had some magic relationship with the natural world that Europeans do not. You look at European painting or read Western poetry and practically all you see or hear is nature, finely seen and deeply felt. 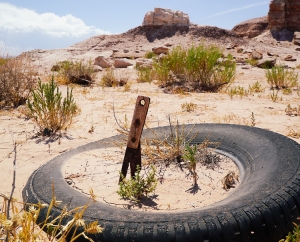 And conversely, you travel through the Navajo reservation in Arizona and see the profound overgrazing that has devastated grasslands. Or visit First Mesa on the Hopi reservation (one of the places I most love in the world), and peek over the edge of the precipice and see the trash and old mattress springs tossed down the cliff as a trash dump. Talk to me then about how Native Americans live in harmony with nature.

No, I don’t mean to imply that Europeans are better than Native Americans, nor do I mean that some Native Americans don’t have a specific cultural relationship with the natural world. What I mean to state is that Native Americans are people too, and are just as capable of being less than their best selves.

These two problems together mean that when we leave our own milieu, we are always tourists — or at best, travelers — strangers in a strange land, fascinated by this bauble or that, able to learn lessons and pick up fresh ways of understanding existence, but these are always souvenirs, the benefits of travel that broaden our horizons.

When we Orientalize — idealize the foreignness of others — we can easily toss away the pith and suck on the bark. There is much value, say, in Buddhism. And if one is to have a religion, it is certainly the least offensive, with the least blood on its hands. But if you want to be one, be a Buddhist in a jacket and tie; don’t shave your head and wear yellow robes. If you were born in Indiana or West Anglia, these Volkgedanken externals miss the elemental meaning and turn profound ideas into cosplay.

So, be aware of the rest of the world. Read widely and deeply. But also, drink deeply from the culture that gave you birth. You may understand other places and other peoples in your head, but you feel your own in your belly. If you are Chinese, dive into Chinese culture; if Mexican, soak in your history, literature and art; if you are born into the culture of Chaucer and King James, imbibe deeply of the Pierian Spring. Learning from other cultures broadens you, but your mother culture nourishes you.