California is probably the best known state in the union. The whole state, it seems, has been thrown up in Technicolor on local movie screens around the country, or used as a set for some TV show or other.

The hills of San Francisco, the peaks of the Sierra Nevada, the back lots of Los Angeles all are widely known and recognized.

But the long, flat middle of the state is for most Americans a total mystery. The Great Central Valley — called San Joaquin to the south and Sacramento to the north — has the visibility of mud.

As you drive down from the Tehachapi Mountains, you can see the valley stretch out in front of you, flat as a billiard table and topped off with a familiar-looking brown cloud. To the west, you can see the coast ranges; to the east, the Sierra Nevada, crested with a line of white this time of year. And down the middle, the boring, flat, squared-off agricultural land that feeds the nation. 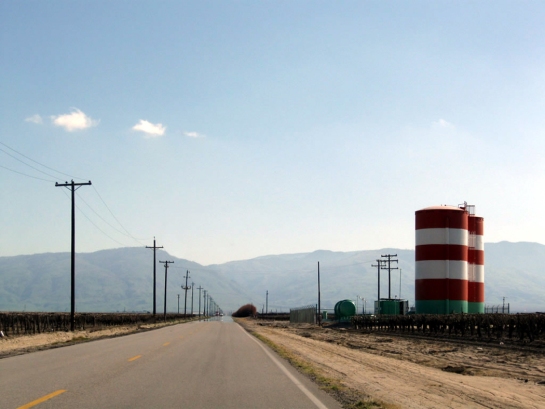 It has been estimated that the annual income from agriculture in the Central Valley is greater than the total value of all the gold mined in the state since 1848.

It is true that tourists don’t often come through the valley. Unless they are crossing from Yosemite to San Francisco, they are unlikely to ever come near it. And there is not much to see, if you are looking for Knott’s Berry Farm or Disneyland.

What there is are vast fields of vegetables, orchards of oranges, vineyards of grapes, interrupted by corrugated aluminum processing plants with adjacent high-tension power lines and railroad sidings.

And, in the southern end of the valley, around Bakersfield, oil wells, refineries and vast, ugly tank farms, with row on row of oil tanks, painted white and lettered with corporate logos. 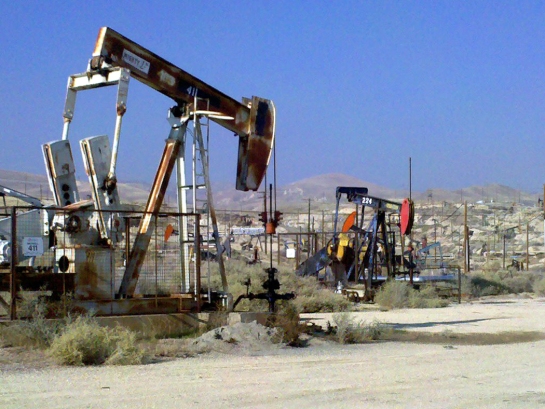 And in between, a great scattering of dust. It rises like a plume behind every tractor, every pickup that edges a plowed field.

Most of the Central Valley looks like it came right out of one of those WPA photographs from the Depression: sun-baked migrant workers in old paint-flaked clapboard houses with collapsed front porches next to the irrigation canal.

And always the wind and sun and dust. The elements are leading citizens in the San Joaquin Valley.

The connection with the Depression is even more real than apparent: Between 1935 and 1940, the population of Bakersfield and surrounding Kern County grew more than 63 percent, with most of that increase accounted for by the ”Okies” who migrated from the Dust Bowl in America’s middle.

It is probably a great place to live. But it doesn’t seem like much of a place to visit.

Yet, there are reasons to visit. Aside from finding out where your beans and asparagus come from, you can learn something of the history of the region and its ethnic makeup.

In Bakersfield, for instance, you should stop at Benji’s Basque restaurant on the edge of town.

Inside, they will serve you family-style with huge portions of food. First comes the cabbage soup with hot sauce and beans; you add them to taste.

A loaf of sourdough bread and fresh butter sit on the table.

Lamb comes to you in a wine gravy, with heaps of fried potatoes.

And if you have room for dessert, Basque cake tastes a bit like a zwieback before it has gotten hard.

Bakersfield’s long and contentious history can be learned at the Kern County Museum and the Pioneer Village next door. 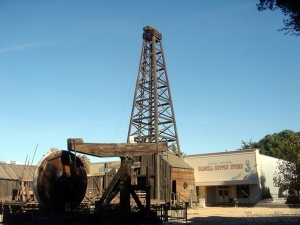 You learn how waves of development swept over the area. Land interests bought up huge tracts, and when irrigation made farming possible, the town grew, with all the local chamber-of-commerce pride that usually accompanies such economic success.

You can see the process at the museum, although it is also true that, local pride notwithstanding, the process is the same in almost any agricultural town. The same farm implements are on display, the same original newspaper office, the same ”old-time” drugstore.

For it is Bakersfield’s ordinariness that is its fascination.

The town almost could have been dropped in place from Iowa or Kansas.

And although California has a reputation for political wackiness, with Hollywood celebrities endorsing pet causes and so-called ”tree-huggers” in the north, the huge Central Valley is as conservative as water.