I don’t mean your name or your job or your nationality or ethnicity. But who and what are you? I should like you to think about that for a moment.

Many people believe in a heaven after death where they will meet their loved ones again. But what will they look like? For that matter, in heaven, what will you look like? If you have an internal sense of who you are, what does that person look like? This is not a random question, but a way of considering one of the fundamental issues of existence and of our way of understanding that existence. If you had an entry in the dictionary, what would the picture look like next to your name? Is there even a single image that captures the totality of your existence. When Alfred Stieglitz proposed to create a portrait of Georgia O’Keeffe, he took a bookload of photographs, since one could not ever be enough.

The problem is in thinking of existence as a noun.

For most of us, the cosmos is made up of things; indeed it is the sum total of things. This is a misunderstanding of the reality we live in. It is also a misunderstanding caused by our reliance on language as a way of dealing with that reality. Language leads us astray.

When most people consider what the world is made of, they expect to encounter nouns — that is, things. When they consider themselves, they either think of how they look in the mirror now, but more often of an idealized version of them at the peak of their existence, perhaps when they were 25 or 30 years old. It’s how we will appear in heaven. We have this peculiar idea that nouns are a static identity, that a horse is a horse, a flower is a flower and a bed is a bed. Webster’s dictionary is a catalog of reality.

I bring up beds because of Plato and his damnable idealism. He posited that all earthly beds are but a misbegotten imitation of the “ideal” bed, which does not exist in this world, but in some idealized non-material realm. There is an ideal bed, he says, and an ideal chair, ideal tortoise, ideal apple pie, ideal human, compared to which the earthly item is a knock-off. These ideals are perfect and unchanging, whereas the world we know is sublunary and corrupt.

I’ve written before about this blindness in the ancient Greeks, that they conflated language with reality, that they truly believed that the word they knew was a perfect and complete representation in language of the reality they lived in, and further, that the logic of language replicated identically the order of the universe. Language and reality had a one-to-one relationship. It was a naive belief, of course, but one that led them to believe that nouns were a real thing, not merely a linguistic marker. We still suffer from vestiges of this superstition.

(There was at least one Greek who demurred. Heraclitus recognized that all existence was movement. “Panta Horein,” he said. “Everything flows.” It is why, he said, you cannot ever put your foot into the same river twice. Heraclitus is my hero.) 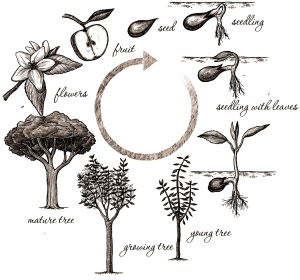 For in the real world, there are no nouns, there are only verbs. It is all process. A noun is just a snapshot of a verb, freezing it in a particular time and place. But the one ineluctable thing is the verb — the process, the motion, the growth, the dissolution and re-formation. A flower is not a thing, but a motion. It begins as a seed, sprouts beneath the soil and breaks its surface, grows upward, pushing out leaves, swelling into a bud at its apex, popping open the bud to a blossom, which fertilized by a moving bee, dries and drops, leaving a fruit encapsulating a new seed, which falls into the soil once more. The whole is a process, not a thing.

It is the same for you or me. When we were conceived, we were a zygote turning into a fetus, into an infant, a toddler, a boy or girl, an adolescent, a young adult, a grown-up (when we set the seed once more for the next birth) and then accept middle age and senescence, old age and death. We are not any of the snapshots we have in our albums, but the motion forward in time, always pushing up and outward.

“I am inclined to speak of things changed into other things,” writes Ovid at the beginning of his Metamorphoses. Indeed, Plato’s bed began as a seed, a tree turned into lumber, the lumber into a bedframe. Eventually the bed will rot away into the soil once more. Just because the movement is slow doesn’t mean it isn’t happening and isn’t constant. Fie on Plato. (Plato that proto-fascist — I despise the man).

This brings us to the recent election. I never intended to write about it, but I cannot avoid it. Plato is a fascist not merely because of the deplorable blueprint for totalitarianism in his Republic, but because that very belief in a noun-world leads to a belief that there is a stasis, a final solution, a political order that will finally and forever settle all the problems we face. Current American conservatives have this sense that if we would only do things their way, we would finally solve the problem of crime, of a stable economy, a balanced budget, of creating a smooth-running order. Oddly they share this teleological view with Marxists. They do not see politics as the constant give-and-take of contending interests, but rather as a kind of machine that could remain static and ever-functioning. They see a noun, not a verb, but politics is a verb. Panta horein. 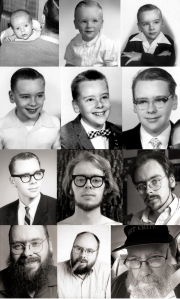 Just as every flower leads to a seed, so every solution leads to a new problem. There is no ultimate order, no final stasis. It is perpetual churn. Contending interests constantly change, upsetting the received order, and anyone who believes that if we only did this, or did that, everything would be hunky-peachy — well, good luck with that. But there is no end to labor; we keep working, moving, changing until we are no longer aware of the changes that will take over when we die.

I see this clearly looking at the series of pictures of myself from when I was an infant to now, when I am an old man. In between come the student, the husband, the ex-, the career, the exhaustion, the grayed hairs, the grandfather. Which is me? Instead, what I see are frames from a continuous movie and the only reality that counts is the movement, the constant flux from one being into another, no boundaries, no scene changes, no new chapter headings, but one continuous wipe, from beginning to an end now approaching close enough almost to touch. 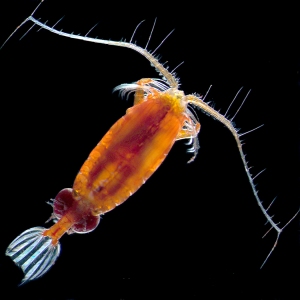 Further, I can look backward to my parents and their parents, and forward to my daughter and her children and can easily imagine their offspring and those following — all one continuous sweep. My wife had her DNA tested and that allowed her to see her background past sweep from North Carolina back through Ireland, the Mediterranean, the Levant and into Africa, mutation by slow mutation. If there were tests sophisticated enough, I’m sure we could peer back through microscopes at that same DNA to lemurs, crocodiles, placoderm fish, hydrae, algae, and various spirochetes.

And then the planet back through the accretive dust, into the exploding novae, back to the plasmic hydrogen to the Big Bang. From then, it is always moving forward in a cosmic rush, skating through space-time — the long verb.

A noun is just a snapshot of a verb.