Woody Allen’s peccadilloes are in the news again, as his ex and his purported son publically dis his recent Golden Globe “lifetime achievement” award.

This is not to defend Allen. Whether he is a child molester or not is not a question I can weigh in on. There is certainly something creepy about the whole affair with him and his current wife, Soon-Yi.

But whether the filmmaker deserves recognition for his films is a completely different question from whether his conduct in life is reprehensible.

We so often confuse private morality with public achievement, and demand they complement each other. They seldom do.

Not that Woody hasn’t given us a few hints over time.

In his Love and Death, Diane Keaton asks shriveled old patriarch Father Andrei for his wisdom.

He answers haltingly from behind a 9-foot beard: ”I have lived many years, and after many trials and tribulations, I have come to the conclusion that the best thing is — blond 12-year-old girls. Two of them whenever possible.”

This used to be a joke; it is now evidence.

Not that Farrow gets off: She has recently implied that her son, Ronan, may not have been Woody’s child, after all. She may have been cheating with Frank Sinatra. Looking for old-time sexual morality in Hollywood can be like looking for sympathetic liberals on Fox News.

But about Woody, there’s lots of evidence to be unearthed from the films, from the underage girlfriend in Manhattan to the shifting family connections in Hannah and Her Sisters.

Rightly or wrongly, Allen’s life and films have always been confused by his fans. After all, Allen plays the same character in each film, a character that seems to be a stand-in for the film maker. No one mistakes Chaplin for a tramp, but Allen seems to be so much like Alvy Singer in Annie Hall, Isaac Davis in Manhattan and Gabe Roth in Husbands and Wives, that the confusion is natural.

So it’s no surprise that some formerly devoted fans have decided that they can no longer stand to see their fallen hero’s films.

So, let us please re-establish the separation between the artist and his creation. For his real sins, take him to court, for his art, remember the art exists, now, on its own, just as a son or daughter now exists separate from parent, and should not be held guilty of the parent’s crimes or vices. 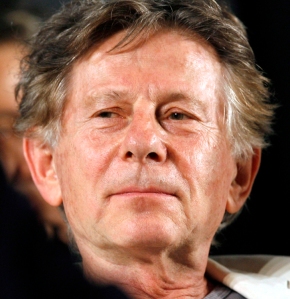 Roman Polanski is a reprehensible human being, but a very good filmmaker. Should we stop showing his Macbeth to high school students because of his crimes? Not if we want to convince those teens that Shakespeare is actually an exciting playwright.

Separating the artist from his work is essential. Otherwise, we will need to get rid of our copies of Alice in Wonderland. Lewis Carroll, after all, enjoyed taking photographs of nude little girls.

And if we are religious, we will have to stop singing that Ave Maria, because Franz Schubert liked sex with underage boys. 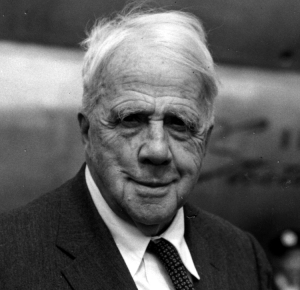 Artists are as venal, evil, self-centered, confused and destructive as the rest of us. The history of art is a landfill of disturbing biography.

Robert Frost sounds wise and paternal in his poems, but he was such an S.O.B. off the page that he drove his son to suicide.

William Burroughs and Norman Mailer have been hell on wives. Charges of child abuse now dog even James Joyce.

Benvenuto Cellini was a murderer. Ezra Pound was an anti-Semitic apologist for Fascism. Herbert von Karajan was a card-carrying Nazi. Samuel Taylor Coleridge and Hector Berlioz were drug fiends.

And we cannot begin to count the number of drunken novelists.

Sometimes we forget that Lord Byron diddled his sister. Or that Percy Shelley married a 16-year-old girl and then told her that he was in love with another teen-ager and that maybe all three could live together.

Or that Richard Wagner wrote Tristan und Isolde while enjoying a love affair with a woman he borrowed from her husband, who was housing and feeding the freeloading composer at the time. Wagner’s wife wasn’t happy about the arrangement, either.

This rogue’s gallery of adulterers, criminals, perverts and wackos made some of the greatest art of all time.

I am not suggesting that we let Woody off the hook. If he is guilty of child abuse, he should have to pay the price. He is certainly guilty of foolishness and self-deception in his relations with Soon-Yi.

But it is the man, not the art that should have to pay. Allen is one of America’s best film makers, the one of the few who consistently make films that examine the quality and meaning of life. That his films vary widely in quality is not in question, but even Allen’s worst films — Interiors and September — are serious attempts to deal with issues.

And his best, from Annie Hall to Crimes and Misdemeanors and Husbands and Wives, are as rich and textured as the best of Jean Renoir, who, by the way, married one of his father’s nude models and later divorced her.

What is so hard to understand is that Woody Allen can be so wise on celluloid and so foolish on the streets of New York.

Our heroes just can’t seem to keep their noses clean.

One after the other they self-destruct, turning from demigods into blackguards before our very eyes.

Pick one, let his luster shine for a few moments and then notice the worm. 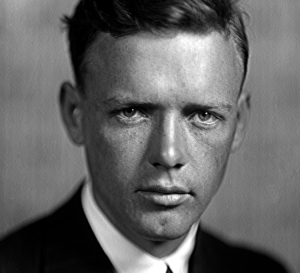 And I mean some of the most accomplished and meaningful personalities of the American century: Charles Lindbergh was a Nazi sympathizer. Martin Luther King Jr. was a womanizer. Elvis was a drug addict.

The list is long and luxurious, and the heroes in question come from politics, sports and the arts. We admire their accomplishments, even aspire to be like them, and then come to find out, as with O.J. Simpson, that they beat their wives and perhaps worse.

It isn’t just a recent phenomenon.

For every Woody Allen there is a Charlie Chaplin; for every Roman Polanski there is a Fatty Arbuckle. And let’s not forget Ingrid Bergman.

Let us not forget the charm of Ty Cobb, the graciousness of Babe Ruth and the temperance of Pete Rose.

Madonna raised eyebrows with her reputed NBA exploits, but what of  Clara Bow, who had a thing for the 1927 University of Southern California football team. The whole team. 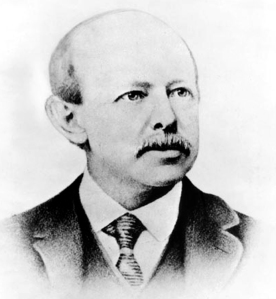 Just think of some of their stories, moving backward in time. Errol Flynn, the patriotic hero on screen, was a Nazi sympathizer who died in a hotel room with an underage girl.

Horatio Alger, before he became the author of those inspirational rags-to-riches stories that Republicans like to recommend to those on welfare, was a minister who lost his job because he liked to seduce young boys.

It seems as if no one can escape: Who was the most saintly man of this century? Mahatma Gandhi liked to sleep naked with young girls, and he regularly weighed his excrement in the morning.

So beside that, a governor with his pants down in a motel room may seem kind of tame.

Even if he later became president.

I do not mean to debunk all our heroes, but to better understand what they are and what role they play in public life.

Heroism is a story we fashion from someone’s life, gaining nourishment from the pulp and spitting out the pits. As a story, it is tidied up with a beginning, middle and end, and it sports a moral that is meant to make our lives better or more meaningful. Unlike a real human life, it cannot sustain the complexities, contradictions and ambiguities that are always found in people, so it simplifies to make a point.

Charles Barkley is right to complain about being a called a role model — role model is the term we use instead of hero in an increasingly bureaucratic society — because the role he is asked to play is so much smaller than the life he lives.

Flesh-and-blood heroes are like actors that step into a part we need them to play.

And we do need them.

In earlier times, the hero was the person who translated the will of the gods into history. We no longer may believe in the gods and destiny, but we still need heroes. The hero is the link between the everyday life we live in and something transcendent. He brings the sky down to us so we can see it, feel it and taste it.

Michael Jordan hanging in the air like an angel who doesn’t need wings.

But when we hold our heroes up to higher standards than humans can sustain, we are like little children who cannot tell the actor from the part.

An adult doesn’t condemn Hamlet because Richard Burton was a lush.

Our heroes are capable of doing all the things ordinary people can do, including lying, cheating and stealing. Murder and rape are not beyond them, nor is mere vanity or meanness.

Like humans, our heroes are bundles of contradictions; they are large and contain multitudes.

For their crimes, we prosecute them as we do anyone else. For their simpler sins, we develop short memories. For their heroics, we need to be grateful.

What we forget is that a hero is a hero for what he does, not for who he is.