My friend Stuart sent me a letter:

You can learn a great deal from a springer spaniel. For instance:

Total order and total chaos are the same thing. Identical. Not a dime’s worth of difference. And neither is very helpful.

Think of it in terms of the Linnean metaphor. I’ll get to the spaniel in a moment.

At one end of the spectrum is chaos, a totality that is unordered, a cosmic goo. This is not the current chaos of the eponymous theory, which is merely a complexity beyond calculation, but rather the mythic chaos out of which the gods either create the cosmos, or arrive unannounced from it like Aphrodite from the sea. It has no edges, no smell, no shape, no parts, no color, no anything. Inchoate muddle.

So, in the beginning was the word: Or rather, our ability to organize this chaos through language. The universe exists without form and void. Then we begin the naming of parts to help us understand the welter.

And so, god created the heaven and earth, dividing the parts. And this division of parts is in essence what the Creation is all about. 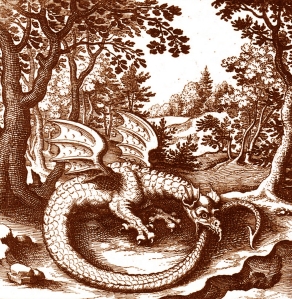 Of course, the incessant need to divide and name is only a metaphor, but it will help us understand the conundrum of order in the universe, and how the ouroboros of Creation begins and ends at the same place, no matter which direction we go in: The law of entropy and the law of increasing order both have the same final destination.

When we look at the world around us, we immediately split what we see into two camps: That which is living and that which isn’t. It helps us understand the world we live in and we make many of our biggest decisions on this basis: Ethics, for instance. We have no problem splitting a rock in half with a hammer, but would feel rather evil doing the same to a dog.

But the living things fall into two large camps, also: Animal and vegetable (again, I’m simplifying. I haven’t forgotten the bacteria, but we can ignore them for the sake of the metaphor).

Some of us have a problem eating animals but not eating vegetables. So, again, our ethical world depends on how we sort out the chaos.

Let’s take the animals and subdivide them, the way Carl von Linne did, into classes, orders, families, phyla, genera and species.

Let’s take the dog, for instance. It is classified as a chordate, which means it has a central nervous system stretched out into a spinal chord. This is different from, say, a starfish or a nematode. But there are many chordates, so, if we want to differentiate a dog from a shark, we have to look to its class. It is a mammal. That makes it distinct from birds and fish.

But there are lots of mammals, too. Some of them eat other animals; we call them carnivores. A dog is a carnivore.

Notice how each level of nomenclature narrows our definition down to a smaller and smaller group of initiates. When we had only living and non-living, there were only two groups; with each level, we add dozens, hundreds and then thousands of other groups disincluded in our catalog.

The order separates our subject, but lets us see in relief that it is just one constellation in the heavens populated by many other constellations.

The same poor pup is in the family canidae, which includes all the dog-like animals, from fox to coyote to jackal. Among them, it is in the genus Canis, and species lupus, which makes it brother with the wolf.

But our wolf is a friendly one, as long as you aren’t the postman. So, now we call it Canis lupus familiaris, or the family dog. And our particularization of the beast means we are conversely aware of all of creation — each in its own genus and species — that makes up the non-dog, and each of them is like the billions and billions of stars that make up the many constellations in the night sky.

Yet, this isn’t far enough. For the dog I’m thinking of isn’t just a dog, but a spaniel, which is a type of dog which isn’t a poodle and isn’t a terrier. It is a dog with “a long silky coat and drooping ears.” 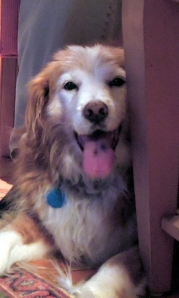 Each time we subclassify, we are adding to the order we impose on existence, and each classification adds to the proliferation of categories just as it reduces the members inside each class.

So, there are also different kinds of spaniels. The dog I’m thinking of is a springer spaniel, which come in two forms, with a brown-and-white coat and a black-and-white coat.

My brother’s dog is a brown-coated springer spaniel named Sylvie. She is getting old now, and her backside — very much like humans — is getting broader.

And now, by classifying things to the level of the individual, we have as many categories as there are things in the universe, which is effectively the same as nothing being categorized: It is all primordial goo and might as well not be cataloged: Total order and total chaos are the same thing. QED.