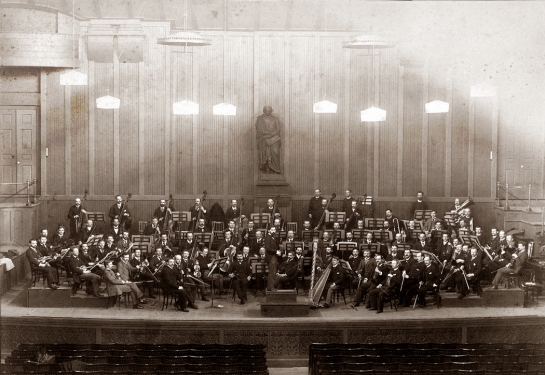 It’s odd, considering how old much of it is, that classical music is so recent an invention.

We think of classical music as being longhair music written by dead White guys. But, in fact, Mozart didn’t know he was writing classical music. He was just writing music.

“There’s only two kinds of music: good and bad,” jazz icon Duke Ellington said. (Mozart is in the first group.)

Bu something changed over the centuries: As mass audiences grew to like popular music, the kind of music written by the older composers was relegated to a new category: classical.

“Classical music is the kind we keep thinking will turn into a tune,” humorist Kin Hubbard wrote in the 1920s. 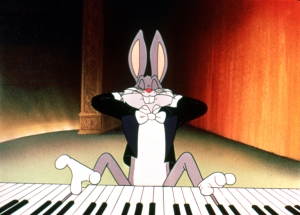 And, increasingly, audiences diverged; one group went to the dance halls, the other to the concert halls. Classical music became marginalized, especially in American culture. It became a target for the Three Stooges and Bugs Bunny.

Yet a hunger for music that addresses larger and more complex issues has always existed alongside fiddle tunes. Even in the world of rock music, some music is understood to be more important than others. Radiohead has serious fans that would look down their noses at, say, Justin Bieber.

The distinction should be made, not so much between classical and pop musics, but between music created primarily as an entertainment and music that attempts to express more profound human issues.

There’s nothing wrong with entertainment. We all love a good song. But it isn’t the only thing there is. And we should not judge the one by the standards of the other.

Everyone knows what to listen for in popular music. They have a lifetime of dealing with it. The beat, the tune, the words, the instant gratification.

Rock music now has the “wow” factor, the light and spectacle. And now that’s what people expect, to be bowled over emotionally, to get their juices pumping.

Classical music is emotional, too, but it’s more interior and subtle. And it’s dramatic in ways audiences just aren’t familiar with anymore.

Drama is the key word: Like a play or a film, classical music deals with multiple characters (called themes) as they interact over time, and where you start isn’t where you end. Like I’ve written before: Classical music is movies for the ear.

Listen to Mahler and one movement may take 45 minutes. But there are so many ideas juxtaposed in so many different ways that your mind starts spinning. You connect A to B and then A to C and then C to F. It’s all interacting in different ways.

There are five important ways classical music differs from pop.

Classical music is almost always longer, In-a-Gadda-Da-Vida notwithstanding. Pop music may be likened to music videos, classical to a full-length feature. The plot takes longer to develop.

* Its dependence on harmony both structurally and expressively.

A sonata is built on D-major or F-minor, and the elaborate and subtle changes in harmony are both the structural and expressive content of classical music. You don’t need to know the name, but you feel the changes of harmony in your chest, physically.

* Its reliance on variety and contrast.

Unlike pop, which sustains a single clear mood, classical moves constantly, now fast, now slow; now loud, now a whisper. It seldom keeps a single mood for long, but asks you to compare and contrast.

* Its multiple simultaneous voices, or counterpoint. 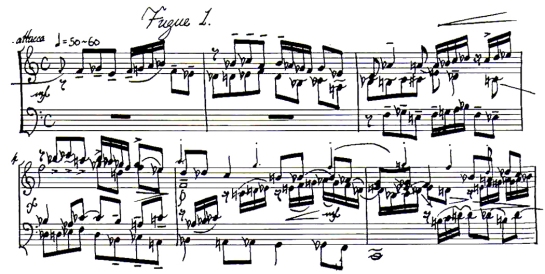 Whether it’s a fugue or a quartet, there almost always is more than one thing going on at any given moment. You have to be able to hear two or more things at once.

* And finally, on the importance of “active listening.”

That is, the importance of paying attention and following ideas as they change and develop through the course of the piece.

Memory is the important part. You need to have a musical memory of some kind to distinguish between what happened before and what happens now.

You have to pay attention, the way you would when reading a novel, keeping track of what’s happening to Raskolnikov at any given time and how he changes over time.

Of all these things, harmony is the hardest to discuss in words. There is no non-musical language to express the modulation from D-major to A-flat. You have to hear it.

Or you try to describe it in words that can’t possibly mean anything to a non-musician: An enharmonic shift, followed by a run around the circle of fifths. How about the Neapolitan relationship? Does that mean anything to you? Didn’t think so. But you can hear it without naming it. Like the way you can hear the “changes” in 12-bar blues. You can feel when the phrase starts anew, with each round of chord changes.

It’s only more extreme when you follow the same kind of repeating chord changes in the finale of Brahms’ Fourth Symphony: You feel the drive of those harmonies racing to the finish line.

Western music has the idea of expectation and release in it. Play a dominant-seventh chord and then try to stop. You can’t do it comfortably. You have to have it resolve.

Of course, pop and classical aren’t mutually exclusive genres. It’s more of a spectrum of intent: There is pop that tackles serious issues and there is classical music meant merely to entertain.

And there are many classical musics from around the world: Indian, Chinese — and for many of us, American jazz — are classical musics. They all tend to be longer and more complex than the popular music from those same cultures.

Classical music isn’t only music with violins and oboes. It can be made with synthesizers or electric guitars, as any fan of Philip Glass or Steve Reich knows. Classical is not a style but an approach; not a sound but a way of thinking about music and what music means.

If all this makes classical music sound like work, well, it is. It requires more from the listener. But there is a reward for all the effort you put in.

It reaches depths of our souls that everyday music just doesn’t.

And it satisfies the hunger that poet William Carlos Williams defined: something that is difficult, but “men die miserably every day for lack of what is found there.”

Popular music deals with thoughts and emotions that are understood and already defined; classical attempts to understand things that we don’t yet fully grasp: the big questions of life and existence that don’t have simple answers.

It’s a richer experience, and some people gravitate into it with age and maturity. People can graduate from pop to classical music, but it seldom happens the other way round.