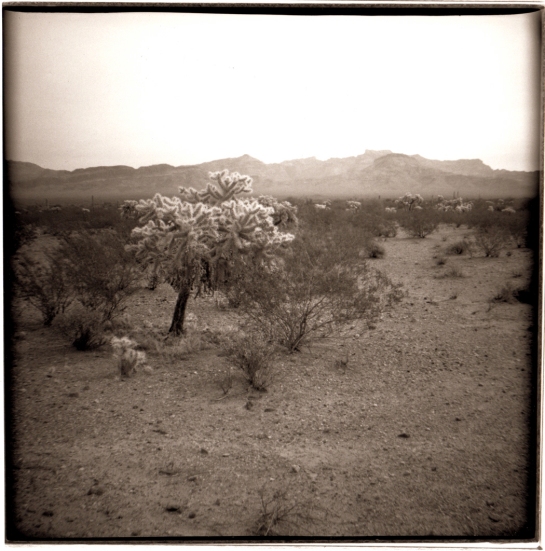 I miss the desert. 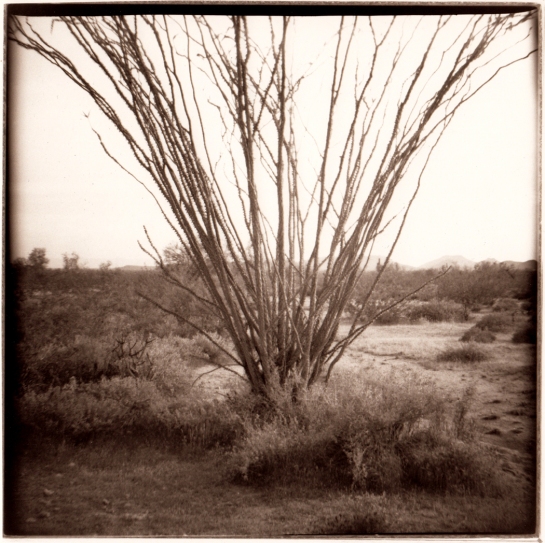 The gravel, the dust, the prickles, the skin-shriveling heat, the raking shadows, the beige mountains turned pinkish in the afternoon, the buzzards hanging overhead, the greasewood smelling like aftershave in the rain.

When I lived in Arizona, I lived in the city; I don’t miss the city. I used to call Phoenix “Cleveland in the desert,” but aside from the scorch and desiccation, the desert doesn’t make itself much known in the cities of Arizona. For that, you have to leave the gridlock of reticulated and decussated streets and get out to where the dust devils spin and the owls burrow. 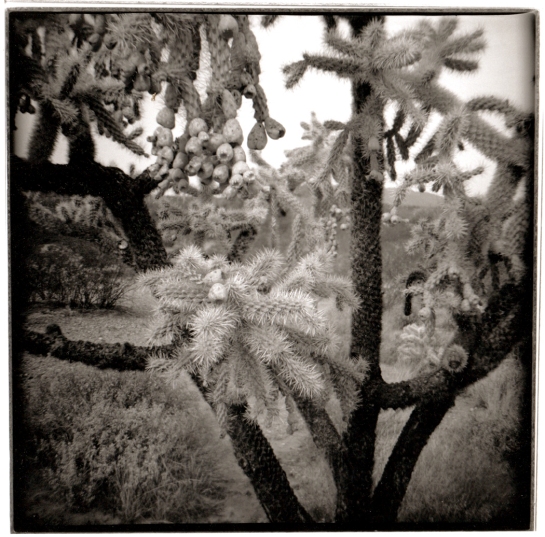 Many years ago, I took a toy camera out to Organ Pipe Cactus National Monument, south of Why, and drove the loop road past Bates Well and Quitobaquito Spring. 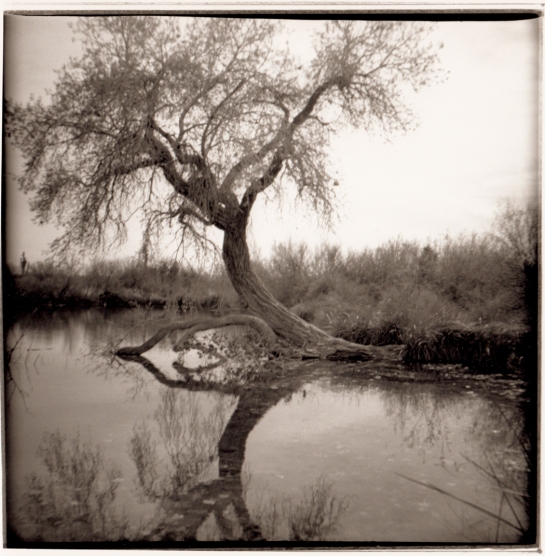 There was no sight of another anthropoid anywhere. The only hint of human occupation was an abandoned ranch, the gravel roads and an occasional descanso commemorating someone’s unfortunate death under the oven dome. The horno cósmico.

The Diana camera cost something like $1.99 and had a plastic lens and used old roll film. It had the solid polystyrene worksmanship you might expect from Mattel or Ron Popeil.

After a lifetime of Nikons, Canons and Hasselblads, and having moved up to a 4X5 camera with a Super-Angulon lens, it was a kind of mortification of the flesh to bust out the Diana. A means to get away from the high-resolution, Zone-System rut.

And now, looking at the results 20 years later, the fuzz and blur of the photos seems more like the nostalgia I feel: less like being there, more like remembering, even half-remembering. 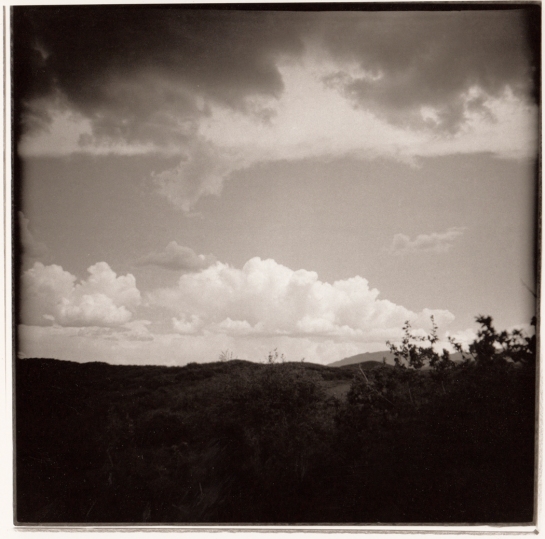 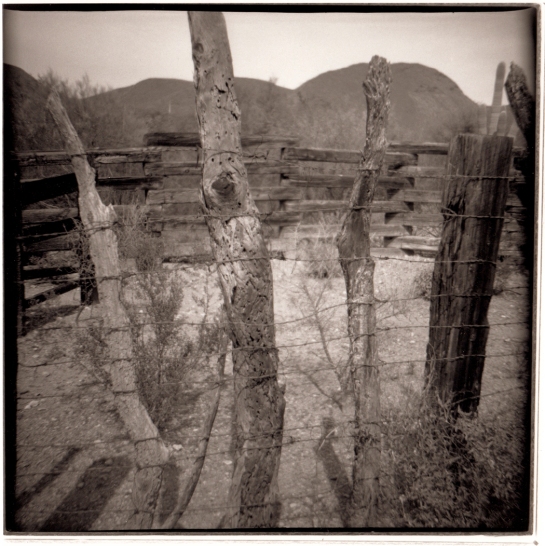 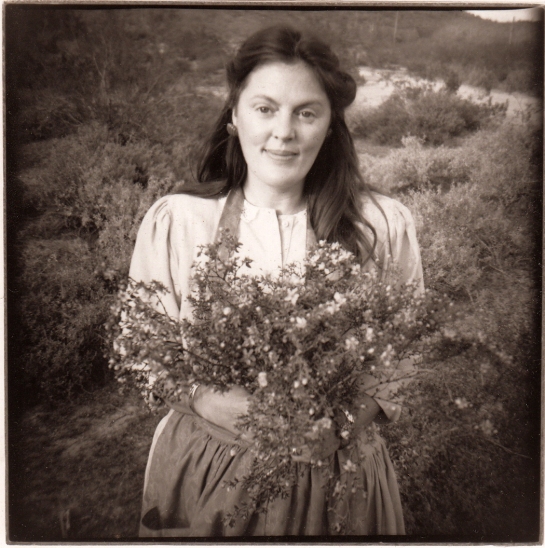