You drop down nearly 2,000 feet from Conway Pass in the Sierras, taking U.S. 395 over the top, and spy in the distance a very large, whitish lake. It is Mono.

The alkali lake, which Mark Twain called the ”Dead Sea of California,” nests at about 6,000 feet in a drainless basin, surrounded by sagebrush and mountains.

”Half a dozen little mountain brooks flow into Mono Lake, but not a stream of any kind flows out of it,” Twain wrote in one of the few lines in his book Roughing It that isn’t a complete lie. 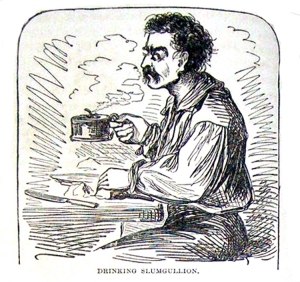 He also wrote, ”Mono Lake lies in a lifeless, treeless, hideous desert, 8,000 feet above the level of the sea, and is guarded by mountains 2,000 feet higher, whose summits are always clothed in clouds.”

I should point out he has the altitude wrong, both for the lake and for the surrounding mountains, which, in fact, rise up to 4,000 feet higher than the lake, as Mono Dome tops out at 10,500 feet, with a load of snow in December.

”This solemn, silent, sailless sea — this lonely tenant of the loneliest spot on earth — is little graced with the picturesque. It is an unpretending expanse of grayish water, about a hundred miles in circumference, with two islands in its center, mere upheavals of rent and scorched and blistered lava, snowed over with gray banks and drifts of pumice stone and ashes, the winding sheet of the dead volcano, whose vast crater the lake has seized upon and occupied.”

Well, the lake is about 100 square miles in area, but in circumference is considerably smaller than Twain brags. The actual circumference alters with the water level — which changes with the climate, both meteorologically and politically — and is about half what Twain has.

But his greatest calumny is in saying the landscape is not picturesque.

For Mono Lake, sitting at the base of the great, battleship-gray Sierra Nevada Mountains, is one of the most beautiful sights in the eastern part of the state.

The sight of water alone, in the midst of the high desert, is a delight to look upon. But the lake is surrounded by minty-green sagebrush — which will perfume your fingers for the rest of the day if you crush a few leaves under your nose to gather the aroma — and its surface is broken by the eruptions of tufa towers.

These towers, created underwater out of calcium carbonate, look like giant African termite mounds, except they are as hard as concrete, which they very nearly are.

They are formed when fresh water, bearing calcium, bubbles up from springs under the lake and mixes with the carbonate in the lake water. The towers rise higher and higher until they reach the surface of the water.

And when the water recedes, as it has done in the past 50 years, the towers are exposed to the air, looking like great sand castles clustered near the shoreline. A few sit out on high ground, 20 feet high. 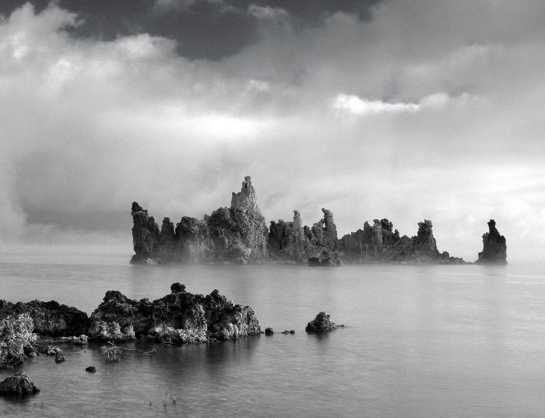 Twain also has it wrong when he suggests the lake is lifeless. There are two main inhabitants of the water. First, the trillions of tiny brine shrimp, and second, the equally attractive brine fly, whose larvae live underwater and forage on the algae that grow there. In the summer, the shores are blackened with the adult flies. 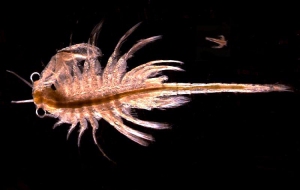 And they in turn attract up to 90 percent of the sea gulls that live on the California coast, who migrate in the summer over the Sierras to breed and to feast on the banquet of buzzing lunch.

About 80 species of bird make the trip to Mono for the festival. That includes an estimated 800,000 eared grebes and 150,000 phalaropes.

Mono’s biggest problem is Los Angeles, about 250 miles away and thirsty for the water that flows into the lake.

Beginning in 1941, LA began diverting the water from four of the tributary streams. Over the next decades, the water dropped 45 feet and doubled in salinity, making life difficult for the creatures that depended on it. The exposed salt flats created corrosive dust storms. The island where the gulls laid their eggs was connected to the shore by a land bridge, allowing predators to feast on the eggs. Trout fishing dried up in several streams.

No one seemed to care, as long as LA spigots gushed forth. No one but the few people who loved Mono. The Mono Lake Committee and the National Audubon Society, with some others, brought suit and in 1994, after 16 years of court battles, research and hearings, the state Water Resources Control Board issued orders to protect the lake and raise the surface level of the lake by 17 feet over the next 20 years.

In the meantime, Mono Lake sits in its landlocked basin reflecting the blue Sierra sky and looking like a fantasyland of surreal castles.