Our education is judged as much by the books we haven’t read as those we have. It’s a sad fact that no matter how well-read we try to be, we simply cannot read everything. Not even close.

My reading includes many a quaint and curious volume of forgotten lore. I have read Xavier de Maistre’s Voyage Around my Room, Seneca’s Apocolocyntosis of the Deified Claudius (Alternately, the Pumkinification of the Divine Claudius, antedating the apocolocyntosis of Donald Trump by two millennia), Robert Burton’s Anatomy of Melancholy, the Prose Edda of Snorri Sturluson, and The Narrow Road to the Deep North by Matsuo Basho.

That tendency to seek out so many obscure books has meant that I read Melville’s Israel Potter: His Fifty Years of Exile long before I ever finished Moby Dick. In fact, I have read almost all of Melville, from Typee to The Confidence Man to John Marr and Other Sailors, and his poetry, in Battle Pieces and Aspects of the War. The problem with Moby Dick was not the book, but me. I love the style of Melville so much, that every time I picked up Moby Dick, I started again from the beginning. Over and over. I must have read “Loomings” 50 times. I have since gotten through the whole thing, and I love the book dearly. Reading Melville is like eating a meal as rich as foie gras.

I mention all this because, while I have read Xenophon’s Anabasis, and enjoyed the hell out of it, I have to confess, I have never quite been able to finish Thucydides. Herodotus charms the heck out of me; I can’t count the number of times I have gone back to his Histories, but old Thucydides always feels a bit turgid, dense and humorless. I feel I gain as much from reading a summary of his Peloponnesian Wars as from trudging through the full-length. I may be mistaken in that belief, I grant. But the fact is, I have limited time on this planet, and of the making of books there is no end.

The number of books I know I should have read is immense. Yes, I have read Tristram Shandy (the funniest book I have ever read), but I have never read Jane Austen. I hope to get around to it some day. I have read Gibbon’s Decline and Fall of the Roman Empire, but I have not yet read Proust. (I have a similar problem with Swann’s Way that I had with Moby Dick: I have read the first 50 pages several times, and each time, I start anew.)

I only got around to Tolstoy’s War and Peace last year. I don’t know why it took me so long. It may be the greatest book I’ve ever read. I still haven’t tackled Anna Karenina, although many years ago I read The Death of Ivan Ilyich and The Kreutzer Sonata.

The holes in my erudition are wide enough to sail an icebreaker through. Yet, I count in this world, as a fairly well-read man.

Sometimes we feel guilty for things we should not. The guilt hangs over us like a dark cloud, and we live our lives believing that everyone knows. I am confessing my guilt here, and the obvious fact that I am a fraud. 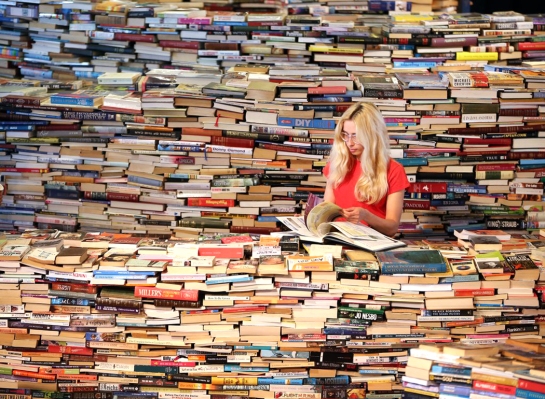 Among the books I haven’t read are: The Aeneid (it bores me every time I pick it up); Don Quixote (I’ve tried, believe me, but it just goes on and on and never seems to get anywhere); Les Miserables; Sons and Lovers; The Tin Drum; Lord Jim; Rabbit, Run; Orlando; The Handmaid’s Tale; Dr. Zhivago; Jude the Obscure. I could go on.

There are whole authors I have managed to avoid: Aside from Austen, there are: Thomas Mann, Hermann Hesse, Thomas Wolfe, Henry James, J.R.R. Tolkien. All of them worthy and important. Among the writers I have avoided because of being forced to read them in high school, and therefore destroying my ability to even bear them are Thomas Hardy and Charles Dickens. Forcing kids to read books well beyond their ability to understand them can only ruin those books for life.

From the list of the so-called greatest books on the website thegreatestbooks.org, I have read 19 of the top 25 volumes on the list and 31 of the first 50. That seems decent, but it leaves off too many books that I should have read.

Prominent among them are more recent writings. I have read the Epic of Gilgamesh, the Tao Te Ching and Beowulf many times in different translations, I have somehow managed to miss Jonathan Franzen, Joan Didion, Salman Rushdie, V.S. Naipaul, Khaled Hosseini, Annie Proulx, and Jeffrey Eugenides. 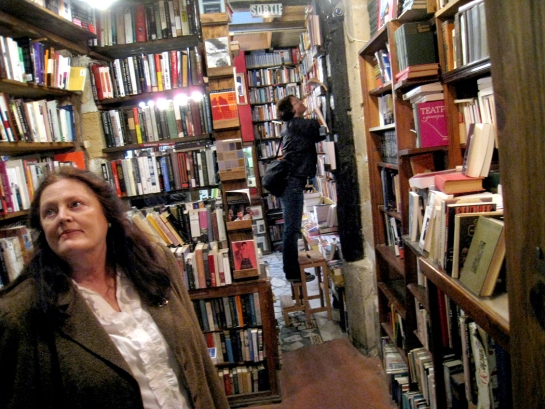 I swear, I know this is a horrible confession. I am one ignorant S.O.B. Yes to Suetonius, no to Dio Cassius; Yes to Longinus and Lucretius, not so much for Josephus or Livy.

What I blame is not so much my waywardness, but the fact that it is impossible to read everything. The last person to do that, according to his biography, was John Milton, who took several years off after university to read everything ever written in a language he could read, and that included Latin, Greek, Hebrew, French, German, Italian and, of course, English. But much has been published since then, and even a specialist cannot read everything just in his or her own field. So, we pick and choose.

And if, like me, you choose not to be a specialist, and not get a post-doctoral degree in the subspecies of Malagasy dung beetle, so as to become the world expert in such, the purpose of reading is not to master a particular field, but to take as wide a view of everything as possible.

One could certainly find a list — such as the Harvard Five-Foot Shelf — of those books deemed by consent of the educated to be the most important and slog your way through them one by one so as to round out your erudition. But I have chosen a more desultory strategy, picking those books that appealed to me. After all, I read primarily for pleasure, not by obligation.

And let’s face it, the five-foot shelf of a hundred years ago is now rather dated and fails to include much that would now be considered mandatory. Things change.

So, I make my own list, and if it includes H.L. Mencken and doesn’t include Fenimore Cooper, so be it. Although I did get huge pleasure from reading Mark Twain’s exploration of Cooper’s “literary offenses.” I recommend it.