Is murder a real thing? That is, does it exist in the world, separate from the language that describes it?

This is an important question, because it illustrates one of the central issues hindering our politics. Has always hindered politics. 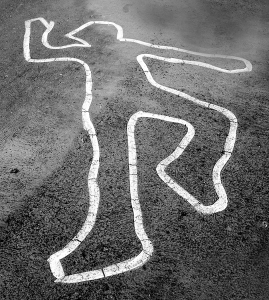 Certainly, there are humans who have caused the death of other humans, but at what point do we draw the line and call it murder? It is a line that shifts over time and culture. When we kill someone during war, we generally do not call it murder, even if it a civilian who is dead. It might be “collateral damage.” When we execute a convicted killer, we do not call it murder — or at least most people don’t. And if we accidentally run over a pedestrian who steps in front of our car, we don’t call it murder, either.

The results are the same in all cases: Someone stops being alive.

The words used and the lines drawn are different, not only in different countries and cultures, but in different states in the U.S. Some states recognize third-degree murder. A few have legalized voluntary assisted suicide. There is no uniform, worldwide, universal definition of what constitutes “murder.”

So, again, is murder a real thing, outside of language? Or is it just a word?

So, when we argue that abortion is murder, we are not really talking about anything real, but about language: We are arguing about the dictionary.

I do not mean here to minimize the moral concerns over abortion, which are quite troubling, and I have no intention of changing anyone’s mind on the issue. People on both sides are intractably dug in. My concern is rather to point out the way we tend to use language as if it were a one-to-one depiction of reality. When we call abortion “murder,” we are using a conditional and contextual term as if it were categorical.

When we name something, what is the relationship between that tag and the thing itself? Not only is it arbitrary, it is constantly shifting. 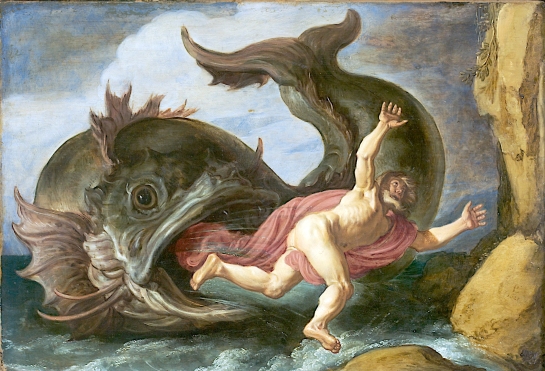 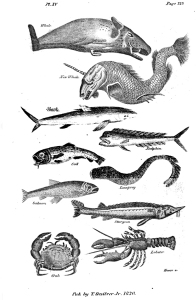 Let’s take Jonah and the whale. The King James Bible says the prophet was swallowed by a “great fish.” Does that mean it wasn’t a whale? Well, before the early 19th century, a whale was a fish. It was so categorized in books and dictionaries. In his popular History of the Earth and Animated Nature, from 1774 and reprinted well into the 19th century, Oliver Goldsmith divided the fish into “spinous fishes,” “cartilaginous fishes,” “testaceous and crustaceous fishes” and “cetaceous fishes.” A mackerel, a sand dollar and Moby Dick were all kinds of fish. After Linnaeus rearranged the orders of living things, did any of the actual animals change? Of course not. The change was linguistic, not biological.

The logic of language and the chaos of experience are sometimes parallel, but never coexistent. Language has, for instance, nouns and verbs. Things and actions. But in experience, all things are always in action and all actions occur in things. They are a single entity; splitting them is part of the logic of language. Language consequently splits into discrete bits what cannot in life be divided.

Sentences are written in a certain word order. Subject and predicate; modifiers and conjunctives; relative and independent clauses; semicolons and hyphens. None of these things find matches in the real world. Their logic is the logic of language. Life is other.

And we too often (in fact, almost always) come to believe that our words match our lives. They don’t.

I say this with some perturbation, having made my living with words. I love words. I love language. But the older I get, the more obvious it becomes that language is the “other.” It is a simulacrum of reality, but far removed. 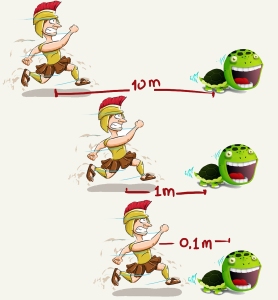 Take Zeno’s paradox. Here is a prime example. For millennia, logicians have argued over it. Give a tortoise a head start in a race and Achilles can never catch it. Logic proves it. Before catching the tortoise, Achilles has to go halfway to catching it. But before he goes halfway, he has to go a quarter of the way. You keep fractioning it out, and it becomes obvious, there will always be a fraction that Achilles has not yet overcome.

But, try it empirically, and it takes Achilles only a single stride to pass the tortoise. The structure of the proposition has a self-referential reality that does not mirror the reality of experience. Two completely different things.

This has been my beef with Plato. His idealism is only possible in language. His bed is a definition of bed. His good is a definition of good. He is writing a dictionary. If the Greeks had a fault, it is their hubris over their language. They never understood the difference between word and fact; they believed that, if the Greeks had a word for it, everything was covered.

The voluntary or unwitting confusion of language and reality has been used by political factions for as long as there are records of language. It is how Mesopotamian kings explained their reigns, how Spartans and Athenians justified killing each other, how secessionists recruited soldiers in 1861, how the Cold War was sustained. And it is how Donald Trump herds his believers. 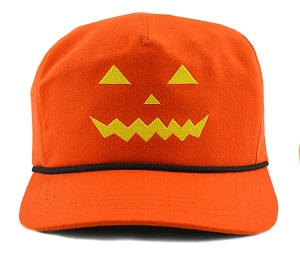 I hope you noticed how I just used language to characterize what, in fact, is a heterogeneous accumulation of voters who probably each had his or her own reason for picking the Great Orange Pumpkin. Some of those reasons were poltroonish, some ignorant, some hopeful, some rebellious, some genuinely patriotic. Probably as many reasons as there were reasoners. But with language, I can imply they were both bovine and religiously zealous. Thus language can be dismissive.

Trump uses language this way constantly, setting up dichotomies that don’t exist in reality, creating categories that only function linguistically, using insults to stick labels into opponents with a pin. “Crooked Hillary,” “Lyin’ Ted Cruz,” “Little Mario.” This is language shrinking reality. Reality is vast, multifarious, undefinable; language is a door slammed in the face of possibility.

The very model of the world that Trump lives by — us vs. them and the sense of everything being a zero-sum game — are linguistic in origin, not reality-driven. They do not match experience.

I clearly have my own political preferences, but I am not here trying to change votes, but to persuade that our understanding of the world is constricted by our faith in language. Language is not the only means of engaging the world. There is sound, sight, spatial reasoning, mathematics. Each with its own structure and meaning.

Consider how you decide whether to pass a car on the road. You do neither arithmetical calculation, nor verbal argument, but rather, you have a spatial sense of objects moving in time and space and you can judge quite accurately if there is time and space to get around the geezer driving 25 in a 45 zone. This is not verbal, but it is thought nonetheless.

The life we experience is continuous and contiguous; it is not parceled into tiny bits, each distinct and definable. It is one huge swirl and swathe. Language cannot ever encompass it. Beware.