Bob Hope: Well, sir, there are other means of persuasion besides killing and threatening to kill.

Crosby: Yes, that’s … That’s true. But, there’re none of them any good unless the threat of death is behind them. You see what I mean? If you start something, I’ll make it a matter of your having to kill me or call it off.

Hope: That’s an attitude, sir, that calls for the most delicate judgment on both sides. Because, as you know, sir, in the heat of action men are likely to forget where their best interests lie and let their emotions carry them away.

Crosby: Then the trick from my angle is to make my play strong enough to tie you up, but not make you mad enough to bump me off against your better judgment.

Hope: By gad, sir, you are a character.

Read those lines and in your head, hear them in the familiar voices of Bing Crosby and Bob Hope, and instead of a detective story, you are on the road in a comedy. “Road to Malta”? Dorothy Lamour as Brigid O’Shaughnessy?

This is a new game you can play, entirely in your head and using your auditory imagination. My brother explained it to me last week, saying he sometimes has trouble going to sleep at night, and instead of counting sheep, he recasts classic films in his mind. It’s a neat idea, and needn’t serve solely as a soporific for the insomniac — any more than the Goldberg Variations.

There are two contending variants of this game. The first, like above, is to cast wildly inappropriate actors. Imagine these famous lines spoken by Tony Randall:

“You don’t understand! I coulda had class. I coulda been a contender. I could’ve been somebody, instead of a bum, which is what I am.”

Perhaps he was talking to Oscar Madison when he speaks those lines.

I am imagining that spoken by Lily Tomlin’s bag lady character.

Now imagine that said, not by Billy Bob Thornton, but in the round, dulcet, veddy British tones of Sir John Gielgud.

The second variant isn’t about finding the absurd, but considering what could have been real casting choices. Imagine, say, George Raft saying “You dirty rat,” or James Cagney saying, “You’re going out a youngster, but you’ve got to come back a star!” 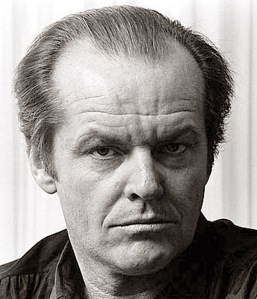 Or imagine Jack Nicholson saying, “I know what you’re thinking. Did he fire six shots or only five? Well, to tell you the truth, in all this excitement, I’ve kinda lost track myself. But being as this is a .44 Magnum, the most powerful handgun in the world, and would blow your head clean off, you’ve got to ask yourself one question: ‘Do I feel lucky?’ Well, do ya punk?”

Nicholson has such a distinctive voice, it’s possible to imagine quite easily the sound of him saying, “A census taker once tried to test me. I ate his liver with some fava beans and a nice Chi-an-ti.” No, it wouldn’t be better than Anthony Hopkins, but you can hear it in Nicholson’s voice, can’t you.

You can recast whole movies in your head. Imagine Casablanca, like an the earlier versions of The Maltese Falcon, with Ricardo Cortez as Rick, Bette Davis as Ilsa, and the cast filled out with Pat O’Brien as Victor Laszlo (almost anyone would be less wooden than Paul Henreid), Eric Blore as Captain Renault, Sig Ruman as Major Strasser and Arnold Stang as Ugarte. I really don’t think we want to see Mantan Moreland as Sam. 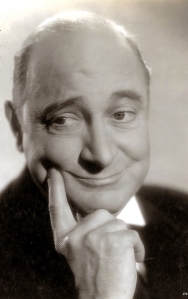 The varieties are endless. Drift off to sleep one night considering Charlie Sheen saying, “I know everything hasn’t been quite right with me … but I can assure you now … very confidently … that it’s going to be all right again. I feel much better now. I really do. Look, Dave … I can see you’re really upset about this … I honestly think you should sit down calmly … take a stress pill and think things over … Dave … stop. Stop, will you? Stop, Dave. Will you stop, Dave? Stop, Dave. I’m afraid. I’m afraid, Dave ……  Dave, my mind is going. I can feel it. I can feel it. My mind is going.”

Or imagine Leslie Nielsen in Airplane! saying, “Sometime when the team is up against it, and the breaks are beating the boys, tell ’em to go out there with all they got and win just one for the Gipper. I don’t know where I’ll be then, Rock, he said, but I’ll know about it and I’ll be happy.”

Oh wait, he’s already done it. And he didn’t smell too good.