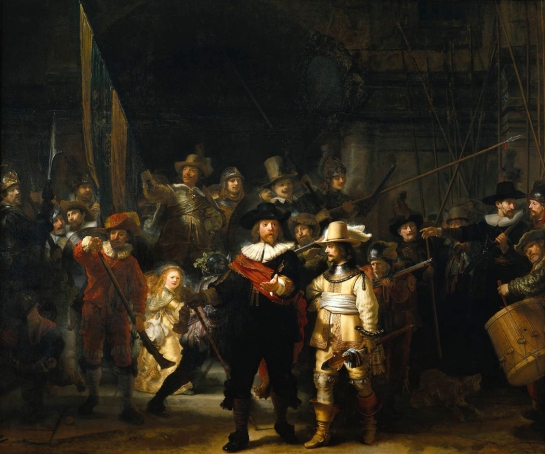 Do you think you know the title of this painting?

In T.S. Eliot’s Old Possum’s Book of Practical Cats, he writes, “The naming of cats is a difficult matter,/ it isn’t just one of your holiday games. 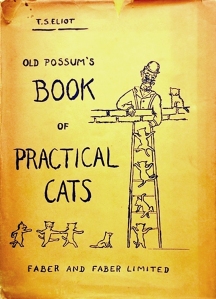 “You may think at first that I’m mad as a hatter/ when I tell you a cat must have three different names.”

Of course, that book of poems went on to become the beloved and behated Broadway musical Cats, with people who should know better running around onstage dressed up in Halloween costumes as felines. The high-church Eliot probably rolled over in his grave.

But in the real world, it isn’t just cats. It’s a problem that comes up in the art world all the time: What’s the real and true name of a painting, a symphony or a poem?

When I was a working journalist, this would sometimes present a problem: Copy editors would demand the precise title of a work mentioned in a story, and they could be quite the sticklers. The Beatles’ “White Album” (by which name the entire world recognizes the double-disc album put out in 1968) is not “really” the title. So, we would have to call it The Beatles, which for most people is unhelpfully indistinct.

And if engineers or biologists lived with such a level of unclarity, bridges would fall and the contents of petri dishes would infect the world.

But it is true. Titles are a frustratingly messy bogeyman.

We think of titles as being a simple issue: The painter or writer or composer gives his or her work a title, and it somehow gets registered somewhere — maybe the Library of Congress — and that’s that.

But that’s not the reality.

Consider Antonin Dvorak’s New World Symphony. Or is it the Symphony No. 9 in E-minor, op. 95, or is it Symphony No. 9, “From the New World.” Must a symphony have three different names?

Your grandparents knew it as Dvorak’s Symphony No. 5. So, where is reality?

(Before recent scholarship and a fetish for completism, Dvorak’s first four symphonies were not much played, being considered “student work”; therefore, his final symphony was his fifth. We now count the early ones and have bumped the “New World” up to No. 9.)

The problem, in part, is caused by history. History causes many problems. 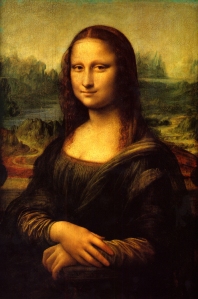 What we take today to be a hard-and-fast category — titles — turns out to be a fluid concept. When Leonardo da Vinci and Rembrandt were working, they never titled their works.

Well, there aren’t any.

Such titles originally were descriptions of the paintings written for sales catalogs, most often for estate sales after the artists’ deaths. The widow pulls together all the unsold work, and someone writes down “Summer Evening” or “Young Woman With a Milk Pail.” Not titles, just short descriptions to help potential buyers tell one painting from another.

And they often have multiple titles, from subsequent sales.

It wasn’t until the 19th century that paintings or sculptures were given anything like what we now would call an official title. And even then, the artists tended to make their titles descriptive, to help gallery-goers explain to gallery representatives which paintings they were interested in buying.

The music world is even more byzantine, because there is no consensus at all on what to call a given work.

When we call it that, pretty much everyone knows what we’re referring to: the symphony in E-flat, or the Third Symphony, or the Symphony No. 3 in E-flat, “Eroica.” There are a dozen other names in common usage.

What did Beethoven call it? Well, the title page of the manuscript, in Beethoven’s hand, calls it: Sinfonia eroica, composta per festeggiare il sovvenire d’un grand’uomo (“Heroic symphony, composed to celebrate the memory of a great man.” But then when it was first published, the cover page called it Symphony for Grand Orchestra in E-flat, op. 55, and the title page read something like: Symphony in E-flat for 2 flutes, 2 oboes, 2 clarinets in B flat, 2 bassoons, 3 horns in E flat, 2 trumpets in E flat and C, timpani in E flat and B flat and strings, op. 55.

So, what is its title?

As with the paintings, Beethoven’s original audience was comfortable with descriptions rather than titles. Any of the above sufficiently describes the symphony so it won’t be confused with anything else.

There are other problems.

Even in works that have real, official titles, we don’t always use the full version.

This is pretty common. After all, Shakespeare’s Merchant of Venice was given the fuller title in the First Folio, The Most Excellent History of the Merchant of Venice. With the extreme cruelty of Shylock the Jew towards the said Merchant, in cutting a just pound of his flesh: and the obtaining of Portia by the choice of three chests.

Which raises another problem: The title, really, is Le nozze di Figaro, ossia la folle giornata, but we commonly translate the title into English for the sake of being understood. So, Die Walkure becomes The Valkyrie, and Mondscheinsonate becomes the Moonlight Sonata, which, of course, is really the Sonata quasi una fantasia, in C-sharp minor, op. 27, No. 2, or, by another convention, Beethoven’s Sonata No. 14. Confusing enough?

Titles in translation are often changed if their original meaning might be misunderstood in the new language’s idiom, or if it comes across unidiomatically, so that Proust’s A la Recherche du temps perdu was known for years in America as “Remembrance of Things Past.” Presumably “About the Search for Lost Time” falls considerably flatter in English than in French.

Discussing such things with copy editors may or may not go anywhere: We are stuck with the whole idea that an art work or poem or piece of music could no more not have one final true title than a person could have no name on a birth certificate.

And one final thought: By far, the most popular title in art galleries is  “Untitled.”

Is that its title?