This is the 600th blog entry I’ve written since retiring eight years ago from the writing job I held for 25 years. But as I’ve said many times, a real writer never retires, he just stops getting paid for it.

During my career, I wrote over 2.5 million words. Since then, I’ve added another million. If you are born a writer, you simply can’t help it.

(In addition, since 2015, I’ve written a monthly essay for the website of The Spirit of the Senses salon group in Phoenix, Ariz., a continuation of the many salon lectures I gave there for years.)

And even when I write an e-mail to friends or family — the kind of note that for most people contains a short sentence, a quick “LOL” and an emoji — I am more likely to write what looks like an old-fashioned missive, the kind that used to come in a stamped envelope and delivered by a paid government worker. An e-mail from me will take a while to read through.They are sent not merely to convey information, but to be read. They have been written, not just jotted down.

Over the eight years of blogifying, I’ve covered a great many topics. Many on art and art history — I was an art critic, after all — many on history and geography, a trove of travel pieces, a few frustrated political musings and a hesitant offering of oddball short stories (if you can call them by that name.)

People say, “Write what you know,” but most real writers, myself included, write to find out what I know. The writing is, itself, the thinking. Any mis-steps get fished out in the re-writing.

Ah, words. I love words. I love sentences, paragraphs, chapters. Although I wrote for a newspaper, where short, simple sentences are preferred, I often tested the patience of my editors as I proved my affection for words by using obscure and forgotten words and by using them often in long congregations.

“I love long sentences. I’m tired of all the short ones. Hemingway can keep them. Newspapers can urge them. Twitter can mandate them. To hell with them.

“My ideal can be found in the long serpentine railways of words shunted hither and thither over dependent clauses, parenthetical remarks, explanatory discursions and descriptive ambiguities; sentences such as those found in the word-rich 18th century publishing world of Fielding, Sterne, Addison, Steele, or Boswell, and perhaps most gratifyingly in the grand, gravid, orotund sentences of Edward Gibbon, whose work I turn to not so much for information about the grandeur that was Rome, but for the pure sensuous pleasure to be had from those accretive tunes built from the pile of ideas and imagery (to say nothing of ironic asides), and peppered liberally with the notations of colons, semicolons, dashes and inverted commas.”

The love of words fuels a fascination with paronomasia. I make up words, play with them, coin spoonerisms and mondegreens and pepper my everyday speech with them. As music critic, I reviewed sympathy orchestras. Sometimes I have trouble trying to mirimba a name. On my shopping list I may need dishlicking washwood.

I often give my culinary creations names such as Chicken Motocross, Mentil Soup, Ratatootattie, or  — one I borrowed from my brother — Mock Hawaiian Chile.

When asked for my astrological sign, I say, “I’m a Copernicus.” My late wife was a Virago. And I’m pretty sure our Orange Bunker Boy was born under the sign of Feces. I call him a would-be Moose-a-loony.

I try to keep unfashionable words in currency. On long car trips with granddaughters, we didn’t count cows, we counted kine. I tend to refer to the girls as the wee bairns, or the kidlings.

I have no truck with simplifying the language; I will not brook dumbification. The more words we use, the better, and the better inflected those words will be. As we lose words, the slight difference in emphasis and meaning is lost, and a simple word then has to do extra duty to encompass ideas and things that are better understood as different. 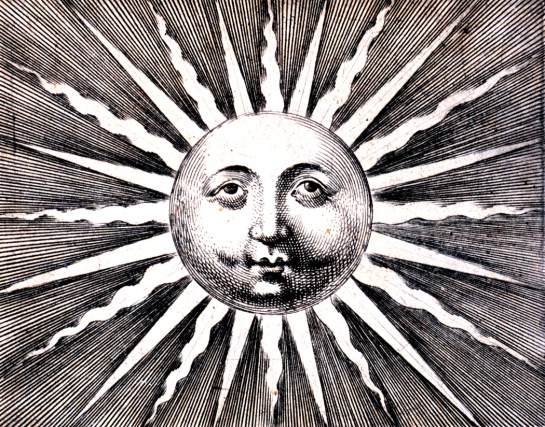 Every word has a dictionary definition, but that definition is little but the skeleton on which the meat and muscle is hung onto. Each word has a nimbus of meaning and affect around it, which is learned by its speakers and readers through long acquaintance. You can always tell when someone has snuffled through a thesaurus, because the fancy word they choose has been stripped of its nimbus, or has an aura that is the wrong color for the spot in which it is placed. In other words, such a writer doesn’t really know the word that has been chosen. The Webster version is only a fuzzy black-and-white photo, not the real thing.

I have written before how sometimes, instead of doing a crossword puzzle or rearranging my sock drawer, I will make lists of words. Each has a flavor and reading such lists is like perusing a restaurant menu and imagining the aroma and flavor of each offering. It is a physical pleasure, like the major or minor chords of a symphony. Here is a brassy word, there the pungency of an oboe, and over there, the sweet melancholy of a solo cello.

I think all writers must have something of the same feel for the roundness, spikiness, warmth, dryness or wetness of words. And the way they connect to make new roundnesses, coolnesses, stinks or arousals in sentences.

Yes, there are some writers — and I can’t pooh-pooh them — who use words in a blandly utilitarian way. Stephen King, for instance, is a great storyteller. He can force you by a kind of sorcery to turn pages. But on a word-by-word level, his writing is flavorless, almost journalistic. I suspect this is a quality he actually aspires to — to make the language so transparent as to be unobservable. I have to admit there are virtues in this, also. But not for me.

I want a five-course meal of my words. Language can take either of two paths: prose or poetry. The first invests its faith in language as a descriptor of systems. It reaches its nadir in philosophy. It makes little difference if it is Plato or Foucault; philosophy — especially the modern sort — is essentially a branch of philology. It seeks to deconstruct the language, as if understanding the words we use will tell us anything about the world we live in. It tells us only about the language we use. Language is a parallel universe to the one we inhabit, with its own rules and grammar, different from the rules and grammar of the real world.

This has been a constant theme in my own writing. When we say, “A whale is not a fish,” or “A tomato is a fruit, not a vegetable,” we are talking about language only, not about whales or tomatoes. But beyond the language we use to communicate our understanding of the world, no matter how vast our vocabulary, the world itself is infinitely larger, more complex, diverse, chaotic and unsystematic, not to be comprehensively understood by mere mortal.

And I should clarify, by language, I mean any organized system of thought or communication. Math is just language by other means. When I use the term “language” here, I mean what the Greeks called “logos” — not simply words, or grammar, syntax or semantics, but any humanly communicated sense of the order of the cosmos. Not one system can encompass it all.

Consider Zeno’s paradox: That in a race between Achilles and a tortoise, if you give the tortoise a headstart, no matter how little, Achilles can never catch up. Before he does, he has to go halfway, and so is still behind the tortoise, and before he goes the remaining distance he must go again halfway. Thus he can never catch up. The paradox is purely in the forms of logic, not in the reality. We all know Achilles will catch up in only a few strides. But the system — the logic, or the words — tells us he cannot. Do not trust the words, at least not by themselves, without empirical evidence to back them up. 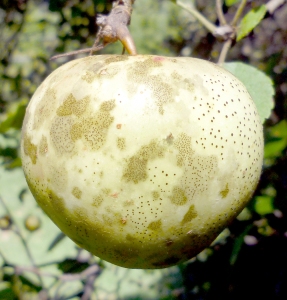 All systems of thought, whether religious, political or scientific, ultimately break down when faced with the weedy complexity of existence.

And so, a good deal of what we all argue about is simply the words we choose to use, not the reality. We argue over terminology. Conservative, liberal? Is abortion murder? These depends entirely on your definitions.

Poetry, on the other hand — and I’m using the word in its broadest and metaphorical sense — is interested in the things of this world. Yes, it may use words, and use them quite inventively, but its goal is to reconnect us with our own lives. It lives, not in a world of isms, but in one of mud, tofu, children, bunions, clouds and red wheelbarrows. This is the nimbus of which I speak.

It is ultimately our connection with our own lives that matters, with the things of this world, with the people of our lives that should concern us. It is what provides that nimbus of inexactitude that gives resonance to the words.